In January of 2017, CBC TV aired a new original drama, Pure. It was an unusual kind of CBC drama – it didn’t look like a U.S. network drama with a sprinkle of Canadian-ness added and neither did it seem derived from a successful U.S. cable series. It was starkly original.

Set in a Mennonite congregation, Pure was a dark story about greed and power and the moral forces used to combat both. Members of the community were revealed as drug dealers, extortionists and capable of murder. Newly appointed pastor Noah Funk (Ryan Robbins, wonderful in the role) was put in a fraught position. His job wasn’t about nourishing souls but rooting out evil. His wife, Anna (Alex Paxton-Beesley, equally good), told him he couldn’t be idealistic. He said, “I will do my duty as preacher. It will be God who drives the evil away.” But it was not that simple. There unfolded, over the six episodes, a game of cat-and-mouse with those who represented Mexican drug cartels and those who didn’t want to know about the rotten core of the community.

Pure (starts 10 p.m. Tuesday, Super Channel, and on-demand from the channel) was cancelled by CBC but rescued for another batch of episodes by Super Channel. One can sympathize with CBC’s decision while arguing against it. Pure is a dense drama, grimly beautiful, and it threads a fine line between cops-and-criminal storyline and an examination of stifled religious moralism. (The first season is available on Super Channel for a good binge-watch.) The manner of its melodrama isn’t an easy sell. But it’s fiercely good, a rare Canadian TV foray into new territory.

Season 2 kicks off with Anna Funk trying to survive solo, Pastor Noah having disappeared. (Paxton-Beesley is incredible here. You can’t take your eyes off her.) It isn’t easy being ostracized in a community where the social construct is already bristling with tension. The community shields itself from the outside world, but that outside world has infected it through its involvement with drug-running and murder.

Lets just say that Anna is obliged to become a boss, not just of her family but of an outfit that caused the entire mess that kick-started the story. What we get here is, essentially, a story about a woman taking charge after being shunned by male leaders who lack moral courage. It’s a simple matter of survival in one way – since Anna is in danger of losing her home – but it’s also about revenge. Her husband isn’t dead and it’s not long before viewers see him again. What Anna does is, really, what her disconcerted husband should have done in the first place.

At the same time, a cop, Detective Jay Gates (Cory Bowles), is looking for Noah. Past events can’t be ignored. And those drug dealers who had a good thing going by using the Mennonite community want it back. We also meet new character Detective Valerie Krochak (Zoie Palmer from Lost Girl), a forensic accountant who blindly stumbles into the criminal mess when she thinks she’s onto a money-laundering scheme.

There’s a lot to handle in Pure (created by Michael Amo), but it’s the kind of cerebral drama we don’t see often in Canada, made by Canadians. It’s subdued but gripping and tightly made, with never a minute wasted. While it was initially pushed at viewers as a sensational insight into the Mennonite community and drawn from real events, it has more subtle power than that gloss suggests. It’s a grim, smart crime drama, with a kind of melancholy anti-romanticism that’s rare.

Running With Beto (Crave/HBO, 10 p.m. and on-demand) is an HBO documentary that chronicles former congressman Beto O’Rourke in his 2018 long-shot attempt to wrest the Texas Senate seat held by Ted Cruz. As such, it’s a warts-and-all portrait of the lanky young man. Yes, he’s charismatic and fiercely hard-working, visiting all 254 counties in the state, but he’s also capable of being incredibly demanding of his staff – a softie, he is not. As such, the film is a smart move on his part. It doesn’t idolize or add lustre to him; it simply documents his campaign. What is probably most illuminating, mind you, is how the film (made by David Modigliani) delineates the partisanship that exists in the United States right now. For all of O’Rourke’s persuasive powers, some voters will not move an inch on deeply entrenched positions and loyalties. 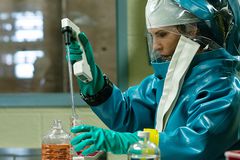 Opinion
Outrageous What/If is the new cheese that pleases on Netflix
May 24, 2019 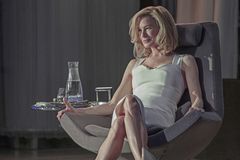 Opinion
Raging and frothing at the Game of Thrones ending? Get a grip
May 21, 2019 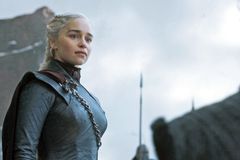