In the last months of her life, Andrée Champagne, the actor, politician and ardent baseball fan, mocked up a design for a new set of business cards on the back of an envelope. It read, in part: “Member of Parliament (ret.), Senator (ret.), actress, director, author, bilingual.”

It was a remarkable life compressed into a few lines, one that was filled with fame and controversy. Beloved in Quebec for her role as “la belle Donalda” in Radio-Canada’s long-running series, Les belles histoires des pays d’en haut, which roughly translates to Tales from the North Country, Ms. Champagne still garnered disapprobation from sovereigntist colleagues in the cultural milieu for her unwavering federalism.

Former prime minister Brian Mulroney, whose banner she successfully ran under in the South Shore riding of Saint-Hyacinthe-Bagot during the 1984 federal election, said Ms. Champagne had a “deep-seated, unshakeable belief in Canada” and was convinced that her home province would be better off as part of the wealthy Group of Seven country than fighting from the sidelines for inclusion.

“She just loved Canada, the same way I did,” Mr. Mulroney recalled. “In those days, you may remember that Radio-Canada was a big player in the cultural life and she knew the federal government was a huge sponsor. I know she was often subjected to pressures and taunts, and I very much admired her commitment to the country. And most of all, I’ll miss her optimism about life, about Canada and our prospects together.”

Ms. Champagne was 80 when she died in hospital in Saint-Hyacinthe on June 5 from pulmonary complications. And yet, her impact was such that the former prime minister can still picture her as Donalda Laloge, the teenager in an unhappy marriage to Séraphin Poudrier, the rich and miserly mayor of the Laurentian town of Sainte-Adèle, as payment for a family debt. Along with much of the province, he watched her grow up on the program, a blond ingenue of barely 17 when it began and about to turn 30, in real life a wife to professional hockey player Walter (Wally) Clune and mother of two.

“That role was the greatest gift, but it came with the challenges of having to break out of the mold afterwards and having to decide who she was and who she wanted to be,” said Ms. Champagne’s daughter, Liliane Clune. “She was dedicated to doing more, always, and to reinventing herself. She loved her roots and loved Saint-Hyacinthe, which was her home, but for her, life was about looking forward, not back.”

Andrée Champagne was born in Saint-Hyacinthe on July 17, 1939, the older of Georges and Simone (Lamothe) Champagne’s two daughters. Her father was a store manager and her mother a schoolteacher. The parents wanted the best for their children and young Andrée studied diction, song, piano and dance, attending the Institut Notre-Dame-de-Lorette in her hometown and practising monologues with her mother. Over and over, she practised, for years perfecting the tone of her voice, her emotions and the shading of a sentence.

After graduating with a diploma in the arts, Ms. Champagne landed in Montreal and soon won her first professional role as Bianca, the beautiful, dutiful younger sister in a French production of Shakespeare’s Taming of the Shrew at the summer theatre in Sainte-Adèle. Les belles histoires, for which she was next cast, would also be set there. The next 14 years would see her scrubbing floors, among other menial chores, one half of a dysfunctional marriage in the rough Quebec hinterland before the railway opened the Laurentians to other settlers. It was a world where duty precluded love, women were subjugated and Catholicism was paramount.

(Quebec actor Jean Brousseau, who played her lover on the show, also died this month, on June 17, at the age of 90.)

As children, Ms. Clune and her older brother, Patrick Clune, recalled their mother’s renown was so great, she couldn’t take them to the park to play for fear of being mobbed. Instead, she entertained them at home with games and songs. Musicians came to visit, as well as other notables. There were lively cabarets and the dramatic reading of stories.

At the same time, Ms. Champagne also formed a lasting love for professional sports, especially baseball, her son said. A Montreal Expos season-tickets holder from the very beginning, she tried to attend every home game, first at Jarry Park in the city’s north end and later at Olympic Stadium, where her seats were behind the netting at home plate to minimize the risk of her getting hit by a foul ball.

“She also loved keeping box scores,” Mr. Clune said. “She was really good at it.”

While she was appearing on Les belles histoires, Ms. Champagne played host to the opening ceremonies at Expo ’67, a role she reprised for the Summer Olympics in 1976 in Montreal. After the TV program ended, she reinvented herself as a businesswoman, starting her own agency, Duo Casting, founded a retirement home for people involved in the entertainment industry and, from 1981 to 84, was involved in the Union des Artistes, first as vice-president, then as its general secretary.

In 1980, she lent her voice to the No campaign during the referendum on sovereignty. In her autobiography, Champagne pour tout le monde, (Les éditions internationales Stanké, 1995), she wrote that hers was the female voice of the slogan, “Le Canada, j’y suis, j’y reste,” and she hadn’t changed her mind a bit.

After winning a federal seat in 1984, Ms. Champagne was immediately appointed the minister of state for youth, serving for two years before the ministry was rocked by an alleged letter to cabinet members to advocate spending government money to finance the youth wing of the Progressive Conservative party. She was also the minister in charge when the government cancelled the Katimavik youth program, which prompted its founder, Liberal senator Jacques Hébert, to go on a 21-day hunger strike. (The program has since continued in various guises and is now funded by the federal government through its Canada Service Corps initiative.)

In the next cabinet shuffle, Ms. Champagne was left out of the mix, but it wouldn’t be for long. In October, 1986, she was appointed vice-chair of the House plenary committees; subsequently, she was named deputy speaker.

Although she lost her seat in the historic rout of the Progressive Conservatives in 1993, she was proud that during her time in Parliament, Mr. Mulroney fulfilled her dream by signing into law the Status of the Artist Act, thus officially recognizing the role of the creators in society and the unique manner in which they work.

In 2005, upon the recommendation of Mr. Mulroney, Ms. Champagne was appointed to the Senate by then-prime minister Paul Martin. She sat as a Conservative until 2014, when she took mandatory retirement at the age of 75.

Among her accolades was an appointment as a commander of the Ordre de la Pléiade in 1991 for contributions to French culture. In 2018, she was named to the Order of Canada.

Ms. Champagne and Mr. Clune, who married in 1958, divorced in 1974. Three years later, she met pianist André-Sébastien Savoie in Tunisia while on tour to promote the work of Canadian composer André Mathieu. He later became her life partner and the couple remained together until her death.

“Right up until the end, she had plans,” her daughter said. “One of the last things we talked about was producing audio books from her two [memoirs].”

Along with Mr. Savoie and her children, Ms. Champagne leaves her younger sister, Danielle, and her granddaughter, Laurence Hébert-Clune. 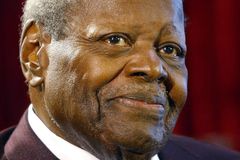 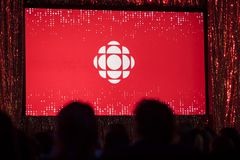 Ottawa to give $46-million to Quebec, Atlantic provinces to help boost tourism
June 23, 2020 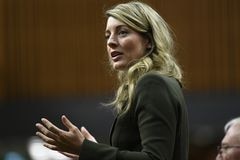