The other day, Ricky Gervais told a British newspaper that he was rather disappointed he hadn’t been asked to host the Golden Globe Awards this year. But, if he had done the gig, he would “probably still have to be in hiding now.”

Gervais’s first stand-up special in seven years, Humanity (streaming on Netflix from Tuesday), veers from bracing humour to withering contempt for the false pieties of the entertainment industry. Here’s the thing – if you troll Ricky Gervais, he will troll you back, with venom.

He opens with this: “I’m just an ordinary guy, going around talking to people. Like Jesus. But better. Well, I’ve actually turned up.” There’s a funny bit about God sorting out jobs for various dogs. And then he begins to take apart the outrage he caused the last time he hosted the Golden Globes. He’s been waiting two years to troll back at his critics.

“I don’t care about the backlash,” he asserts. But clearly, he does. He cares that his joke about Caitlyn Jenner was interpreted as transphobic and that’s how he was labelled. He explains the real point of his joke – that Jenner had not been charged after a car crash in 2015 that killed another driver. It still outrages him.

There follows a long bit of business in which he imagines Bruce Jenner becoming Caitlyn Jenner. To some viewers, this will be toxic beyond imagining. But Gervais is unstoppable in his contempt for those who are easily offended. His point is to provoke, over and over again.

At times, then, he will alienate a good portion of his audience, and he knows it. There are contemporary touchstone issues that Gervais cannot help mocking and deflating. He’s a skeptic, an atheist and proud of it. One reason for his appeal, though, is his demeanour. Unlike stand-up comedians who take the rock-star approach to onstage comedy, Gervais is happy to point out that he’s short and far from handsome. Also, he’s far more accomplished than many stand-up comedians. He created a classic series in The Office and he’s won two Emmy Awards, three Golden Globes and seven BAFTA Awards.

“If you can laugh in the face of adversity, you’re bulletproof,” he tells the audience in this Netflix special. He’s bulletproof because he’s accomplished and successful enough to not care when he offends. With Gervais, there is nothing of the needy comic in search of laughs for validation.

The most bracing segment of Humanity begins when he gets down to business – to talk, literally, about humanity, evolution and assert that there is no God. He’s got a blistering routine about the reason why he and his partner don’t want to have kids. This includes his ostentatious indignation when people show him pictures of their kids. As if he’d care. “You know what? Just show me if she’s goes missing,” he grouses.

From his ground-breaking Office creation David Brent, through his Golden Globes hosting, to this special, Gervais is essentially doing one thing: He’s making people uncomfortable. His gift for obscenity is authentic and sometimes breathtaking, and he’s an equal-opportunity satirist. He can make everyone uneasy and sometimes that’s the most necessary, incendiary kind of comedy. 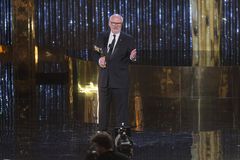 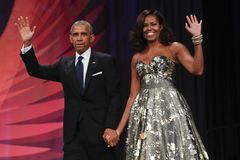 Netflix’s Jessica Jones is back and it’s still a fierce feminist thriller
March 8, 2018 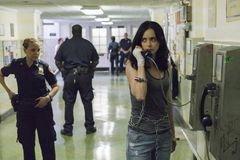