The revival of Roseanne was never about television nostalgia. The reboot was never really connected, in anything more than the most superficial way, with the revived Gilmore Girls and rejuvenated Will & Grace.

It always hinged on the raw unpredictability of Roseanne Barr herself. And it was always likely to end in bitterness and tears of fury or regret. Roseanne Barr was going to ruin Roseanne, the show, just as she did before. It was only a matter of time.

The show itself was not the trainwreck that many people predicted — but its ending is.

Doyle: What conservatives can learn from the Roseanne reboot

Doyle: Cackle all you want, Roseanne is part of a revival in network TV

Early on Tuesday, Ms. Barr attacked former Obama White House adviser Valerie Jarrett in a viciously racist tweet. Then she deleted it and apologized. But within hours, ABC Entertainment president Channing Dungey had acted: “Roseanne’s Twitter statement is abhorrent, repugnant and inconsistent with our values, and we have decided to cancel her show.”

There are lessons to be learned here. Roseanne, the revived show, was a massive hit and a huge boost – not just to ABC, but to network TV itself. It was pulling in U.S. ratings as high as 22 million viewers an episode and beating out behemoth shows such as NBC’s This is Us and The Big Bang Theory on CBS.

All of that meant nothing once Ms. Barr went racist. In this culture and in this climate, no star, no matter how rich and powerful, gets away with it. Even a powerful entertainment company will take a moral stand that matters more than money.

The abrupt cancellation - messy, brutal and drenched in rage from so many sides - also puts the Roseanne revival in a strange but revealing cultural context.

Sara Gilbert was the driving force behind the revival, not Ms. Barr. Ms. Gilbert, happy to return as daughter Darlene in the revival, wanted to put the Conner family of the old sitcom in the new America of Trump and anti-Trump. She wanted to make the rebooted show an arena in which to debate Donald Trump-era issues.

It was a great idea on paper and, in some episodes, the format worked. It was startling to see an old sitcom format used for characters to argue bitterly about health-care costs and complain about the lack of jobs that paid well and offered benefits. It was unsubtle and the humour was often sour, but it was a surreal experience to watch.

What Ms. Gilbert might not have intended, but what played out, was a testing of the old-school sitcom formula, a bedrock of the American popular culture. Most traditional sitcoms carry a general message of acceptance and the premise is that all conflicts can be sorted out with a conversation and hugs. Saccharine and simplistic as it might seem, that’s the perennially popular template. With Roseanne, the template was tested several times - and it buckled and failed.

An episode in which Roseanne Conner, the Trump supporter, is suspicious of her new Muslim neighbours was resolved by the neighbours proving they are trustworthy and helpful. It was, in the contemporary context, a ridiculous twist. It was insulting to suggest the neighbours had to prove anything to anybody. It was borderline racism and, to some viewers, worse.

The episode underlined the toxicity that seethed under the show itself. Ms. Gilbert and others involved might well have seen a grand experiment in politically tinged entertainment. But Ms. Barr herself was always going to be the vocal Trump supporter that she is and exert her power as the central force of the show. During the run of the original series (1988-97), Ms. Barr was notorious for firing writers and other staff and making outrageous demands and getting away with it. What was always lurking in the shadow of the revival was Ms. Barr reasserting her control and that control coming to life as a Trump-supporting bigot.

As much as there is relief that Roseanne is cancelled after Ms. Barr’s unforgivably racist remarks, there can be the sadness of inevitability, too. The show actually dealt with age, infirmity and poverty in a way that offered a rather sad portrait of aging, working-class Americans. What’s sadder still, mind you, is that Ms. Barr proved to be precisely what many skeptical viewers felt she was – an appalling person, an uncouth, hate-filled racist. Good riddance. The horror that is Ms. Barr’s attitude belongs neither on Twitter nor on TV. 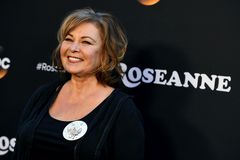 Cackle all you want, Roseanne is part of a revival in network TV
May 15, 2018 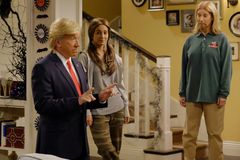 What conservatives can learn from the Roseanne reboot
April 22, 2018 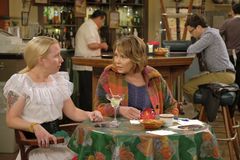