Think about The Masked Singer. Don’t think long or deep, just think about it.

When the reality show arrived in 2019, it was ridiculed by reviewers. A concoction featuring a panel of judges trying to guess the identities of celebrities who sing while hidden behind elaborately garish, often outright ugly costumes, it provoked scathing derision. Lorraine Ali, a critic for the Los Angeles Times, wrote this: “Whether it’s a reaction to the curated snobbery of prestige television or simply a new low in reality programming and its worship of B-list talent, The Masked Singer kicks off 2019 with such low expectations that everything else – CSI reruns, pharmaceutical ads – looks like sophisticated high art in its wake.”

Well, weeks later, The Masked Singer was the number-one, non-sports broadcast in the United States. It was huge.

It’s possible the same will happen with Sexy Beasts (new on Netflix). Possible, but unlikely. There are garish costumes and ugliness, and that’s the point. It’s a dating show, as if we didn’t have enough of those already. Here, the twist is men and women meet each other while disguised in prosthetics to make them look like animals, monsters, insects or such. They chat and go on a faux date. They’re looking for a connection. But, but, but will they find attraction when they don’t know what the other person looks like beneath those layers of disguise?

As you’ve probably guessed already, Sexy Beasts is best enjoyed while inebriated. Neither the viewing public nor producers will ever admit it, but there are shows aimed at viewers who are stoned or binned, blathered or baloobas. (Sorry, that’s a partial list of Irish slang-words for drunk, just the ones that start with the letter “B.”) But such shows exist in abundance.

Anyway, on this baffling but ultimately dull contrivance, we meet Emma, a six-foot-tall model from New York who is tired of guys judging her by her looks. She wants them to, ah, “connect with her on a different level.” To that end she participates in the show dressed up as a demon.

Emma meets three guys who are dressed up as critters. We don’t see what they actually look like, but we do hear them talk about themselves and their desires, such as they are. One fella announces he has a weakness for big breasts. Another fella declares, “I’m not proud of it, but I do go for looks first.” A classy group. Honestly, if they were asked about their hobbies, they’d probably mention such activities as trolling people on Twitter and kicking other people’s dogs.

Time passes and there’s an elaborate ceremony in which Emma ditches one of the guys. This is actually the enjoyable bit. The ditched guy, dressed as a furry pink mouse, had previously suggested to Emma that ideally, they should “go to a dirty little pub and just get smashed.” He sulks when he’s ditched and snaps “Your loss!” at Emma. Then we get to see if he’s as hot as he says he is. Let’s say Emma is well rid of this horrible pink mouse.

Emma seems quite nice, actually. But that’s not enough to take Sexy Beasts beyond inanity. Stick with it though, if you are so moved, and you will eventually meet Cassie: “Cassie is an investment manager, originally from Toronto. Cassie is a Disney fan looking for her prince charming.” What Cassie says she will do when she meets her prince is, regrettably, unprintable in a family newspaper.

Now, there are ways to ruminate on Sexy Beasts as a pop-culture artifact. No, seriously, there are. You could say The Masked Singer connected with viewers because it’s just a guessing game that’s thrown into a wild and crazy party in your living room. Which is true. The subtext beneath Sexy Beasts is different; the act of resorting to disguise in order to illuminate true feelings being as old as theatre itself. Shakespeare enthusiastically embraced disguise – including gender disguise – as a plot device.

But don’t even go there. There is no meaning to be found here beyond the commonplace recognition that many, many people are superficial and judge others on appearance. On days or nights when you might be blissed out, or blotto or banjo’d, and in search of cheesy dramatic irony to match your mood, Sexy Beasts is there for you. 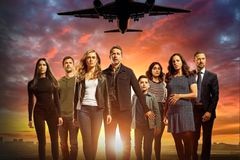 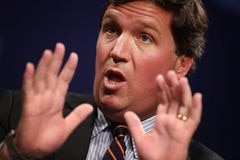 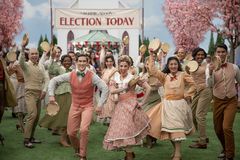