If your taste runs to British political thrillers, there’s a good one starting this weekend, and starring a familiar figure. Also, there’s a terrific and heartbreaking documentary linked thematically to the recent ructions in Nova Scotia on the lobster-fishing issue.

Roadkill (Sunday, PBS, 9 p.m. on Masterpiece) is a new four-part miniseries summarized as this: “Peter Laurence is a self-made, forceful and charismatic politician. Peter’s public and private life seems to be falling apart – or rather is being picked apart by his enemies.” Right, well, that references only a smidgen of the dark shenanigans. It’s very twisty, this one, and a rather cynical but generally entertaining take on contemporary British politics.

Hugh Laurie plays Laurence and with his formidable skill as a wily, difficult-to-know figure. When we meet him he’s emerging triumphant from a courtroom. A newspaper had suggested he had been in the United States making a personal business deal (it was alleged to be about the National Health Service) without government approval. He sued for libel and he’s just won.

In the flurry of activity that follows, he appears on talk radio to boast about being an untroubled Conservative politician who is essentially a libertarian. Meanwhile, in the prime minister’s office there are mutterings about a file on Laurence that MI5 has. Next, his assistant informs him that a woman, currently in prison, claims she’s his daughter. After that, he meets the PM (Helen McCrory) who asks if he has any skeletons to hide. “It’s not the lie, it’s the cover-up,” she says coolly. Laurence shrugs and declares, “I have always been a rule-breaker.”

Woven through this surface action is an entirely separate narrative. Laurence has a mistress. Someone close to him is having an affair with someone in the PM’s office. There’s a riot in the prison where the alleged daughter sits. The reporter who lost the libel case gets a tip that leads her back on the story, as her editor fumes. We are given a sense of epic lying and wheels-within-wheels that make no character trustworthy. Roadkill is written by playwright David Hare and as a portrait of Britain under the Conservative government, in the Brexit era, it is scathing. But also mordantly funny. In the matter of prisons, the PM tells Laurence, “The British like locking people up. It’s in our character.”

The Killing of Phillip Boudreau (streaming on CBC Gem) is about a death in the Nova Scotia community of Isle Madame. Directed by Megan Wennberg, it is a finely crafted and deeply disturbing documentary that illuminates much about the current, violent controversy surrounding lobster fishing in Nova Scotia. That’s because it’s as much a vivid, true-crime saga about a culture and a community as it is about one murder case.

It begins in a seemingly banal way: In June of 2013, police get a report of an overturned boat that belonged to Phillip Boudreau. The crew of a boat called Twin Maggies are questioned by police. Nobody knows anything. The footage of the interviews is riveting, as lies and indignation accumulate. Then we get a portrait of Boudreau, this man who was always in trouble and sometimes in jail. An irony emerges – he stole things and those who later claimed to loathe him were his best customers for the stolen goods.

A local reporter says he hated the phrase “murder for lobster,” which was used in national news reports of the killing. That was too simple-minded, he says. There eventually emerges an unnerving picture of a community in which authority is distrusted and where, we’re told, a fisherman “likes to settle his own scores.” It’s a must-see doc, probing and very unsettling.

Assholes: A Theory (Sunday, 9 p.m. documentary channel) is John Walker’s documentary, inspired by author Aaron James’s bestselling book of the same name, about toxic people, how to spot them and how to deal with them. Reader, be alert for finding your own traits described here.

There is a handful of Halloween-related content. The Simpsons' annual Treehouse of Horror episode (Sunday, Fox, Global, 8 p.m.) is promised as being about the 2020 U.S. election. And there are two linked TV movies aiming to frighten. Psycho Escort (Saturday, 8 p.m., Lifetime) is about, well, a single mom reluctant to return to the dating arena who hires a male escort to pose as her boyfriend. As the title suggests, she hired a dangerous liar with a dark past. Psycho Yoga Instructor (Sunday, 8 p.m. Lifetime) continues the theme. A woman is stressed out from living with a workaholic husband and their attempts to adopt a child. She joins a yoga class and, wouldn’t you know it, the instructor seems a caring dreamboat of a fella. But he isn’t. 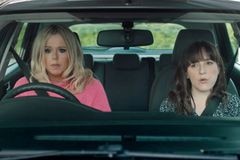 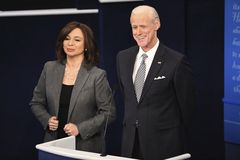 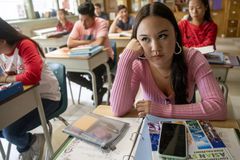