Produced by actor Robert Downey Jr. and just picked up for a second season, the hit Netflix series Sweet Tooth was filmed in lush, oceanic New Zealand. Conversely, the comic book serial of the same name that inspired the show was set in a bleak, dystopian landscape. Canadian cartoonist Jeff Lemire, who created the original comic, is okay with the switch. He describes the pleasant television-show setting as “post post-apocalyptic.” And who isn’t ready for some of that today?

“I love the Netflix show, to be perfectly honestly with you,” Lemire says, speaking from his home in Toronto.

When presented with the stereotypical image of an author on a film set, tearing their hair out as the director takes liberty after liberty with the source material, Lemire – who did in fact attend some of the early filming for the series in New Zealand – says that wasn’t him.

“My book is darker and more violent than the show,” the 45-year-old says. “But, I have to say, as a parent now, I kind of like that. When I created Sweet Tooth 10 years ago, my son was a newborn. Now he’s old enough to watch the show with me.”

Though the Netflix version of Sweet Tooth is aimed at young audiences, the fable, in the classic folk-tale tradition, is not without its horror. There is anger and suspicion directed by some at the forest-dwelling deer-boy. He’s different – Bambi with a sling-shot. Most of the people Gus encounters, however, are protective of him.

The star of Sweet Tooth is 11-year-old Canadian actor Christian Convery, an adorable creature himself, whose Gus character has antlers, floppy ears and innocence for miles – a cherubic bundle of wholesomeness (wrapped in a lumberjack shirt for a touch of Canadiana). The rambunctious, orphaned Gus is on a journey, leaving the safety of the woods on a quest.

The antlers can be seen as symbolic, in the at-one-with-nature vein. in Felix Salten’s Bambi’s Children, no less of an authority than Bambi himself said this: “Your growing antlers are proof of your intimate place in the forest, for of all the things that live and grow only the trees and the deer shed their foliage each year and replace it more strongly, more magnificently.”

In the original comic book series which ran for 40 issues on DC Comic’s Vertigo imprint between 2009 to 2013, the animal-boy’s freaky awkwardness is a far cry from the loveable Gus of the television version. According to the character’s inventor, the Gus who arose from absentminded sketchpad doodling more than a decade ago represents hope.

“My stories may be dark and apocalyptic at times, but there’s a feeling of optimism and getting through things together,” Lemire says. “That’s all you can really hold onto. It’s either that, or give up.”

Lemire grew up in Essex County, Ont., the setting for his breakout Essex County Trilogy from 2011. Out of high school in the 1990s, he had thoughts of a career in film. But, by the time he completed the film studies program at Ryerson University, his mind was already set on comics.

“It’s a much more intimate way of communicating with your audience,” Lemire says. “One person can create these stories and put them right into the readers’ hands.”

It’s been written that Lemire dropped film for comics because the solitary nature of the latter appealed to him.

“I do like working alone,” he admits. ”It’s you at the desk for hours and hours. You have to be comfortable with that.”

As such, working during the COVID-19 lockdown hasn’t been a big adjustment for the prolific cartoonist. “The only difference is that I would break up my schedule with trips every couple of months to comic conventions,” he says. “It good to be reminded that there are real people out there reading my stuff.”

Lemire is a big deal in his genre, but his mainstream popularity was heightened when indie-rocker Sara Quin from Tegan and Sara championed Essex County in CBC’s battle-of-the books competition Canada Reads in 2011. In 2016, he collaborated with Tragically Hip singer-songwriter Gord Downie as the illustrator on Secret Path, a graphic novel that told the true story of boy a who died while fleeing from the Cecilia Jeffrey Indian Residential School in 1966.

Having a hit Netflix sci-fi show based on his work will only increase Lemire’s convention celebrity. The first season of Sweet Tooth premiered June 4, with 60 million households watching it in its first four weeks, according to figures provided by Netflix.

The show is popular with critics. Variety hailed Sweet Tooth as a “pleasant family-friendly surprise,” and Rolling Stone saw the show as bringing childlike wonderment to a scary post-pandemic world. The Globe and Mail’s John Doyle found it “strangely heartening to see the emphasis on a child’s naivete and ingrained goodness in a world torn apart by a killing virus.”

Other reviews were unequivocally mixed. “This fur-baby confection is either genius or atrocious,” the puzzled London Guardian said. “Whimsical and weightless” was the judgment of Forbes magazine.

The Netflix adaptation of Sweet Tooth and the reaction to it leaves Lemire in a curious position. While he was involved in the early discussions about the project with showrunner-director Jim Mickle more than four years ago – “Jim was respectful to the source material and he really loves the book” – Lemire is just one of the millions of watchers of the show now.

“You have to realize you’ve created the book, and you’ve done the story the way you wanted to do it,” he says. “It’s out there in the world. That’s not going to change.”

At the end of Sweet Tooth’s first episode, Gus the deer-child leaves his forest self-quarantine behind, literally jumping a fence to do so. As for the rest of us, living in a real pandemic with the optimism that comes with a vaccine, we’re not out of the woods just yet. 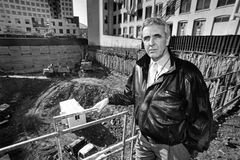 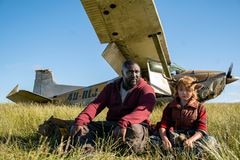 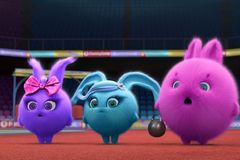