In the annals of celebrities taking dubious umbrage, this one looms ominously large.

On Feb. 24 Netflix launched the new series Ginny & Georgia, a drama/comedy about a thirtysomething mother and her teen daughter trying to start a new life in a new town. Created by newcomer Sarah Lampert and starring a mostly non-famous cast, it’s a propulsive, funny and at times bittersweet story that sometimes soars in its depiction of mother/daughter conflicts and troubled teenage life.

As it arrived, many of those involved, including a large number of young Canadian actors (it was made near Toronto) were celebrating it online. They knew it was good, possibly great, and were excited for the world to see it. It could be a career-making production.

The online celebration ceased on Feb. 28. That’s because on March 1 Taylor Swift took to Twitter to express her displeasure at one joke in one episode of the series. One character says to another, “What do you care? You go through men faster than Taylor Swift.” The singer/songwriter called it a “lazy, deeply sexist joke” and, with that, unleashed her 88.5 million followers on the show’s writer, actors and Netflix.

Hey Ginny & Georgia, 2010 called and it wants its lazy, deeply sexist joke back. How about we stop degrading hard working women by defining this horse shit as FuNnY. Also, @netflix after Miss Americana this outfit doesn’t look cute on you 💔 Happy Women’s History Month I guess pic.twitter.com/2X0jEOXIWp

This is the Trumpian tactic brought to pop culture: Inflammatory language aimed at a target and done with the knowledge that a base of fans will be provoked to harass and unnerve the target. Collateral damage? Who cares, it’s about the power to intimidate.

Now you could say Swift is entitled to take offence and deem that one line “sexist.” She has agency, and it’s her call. Fair enough.

The fallout was shocking. The online abuse directed at 24-year-old Antonia Gentry, who plays Ginny and uttered the now-infamous line, was ugly and much of it was racist. Gentry is biracial and her character’s problem with fitting in as Black or white is part of the show’s storyline.

Anyone watching this ugliness unfold was watching a mirror image of the ripple effects of the Donald Trump strategy – the leader takes umbrage, followed by bluster, followed by fans using discriminatory language, hate and racism on his behalf, but at a distance from the leader who can claim innocence about the full impact of what is unleashed.

We all knew that the wider consequences of the Trump era and his behaviour would be huge. It has already become a cancer on civil discourse in the United States in the political arena, but now we see it writ large in the popular culture. A music superstar unthinkingly uses the bullying gambit – 88.5 million followers is one hell of an army – in a move that pre-Trump would have been utterly antithetical to the norms of discourse, even among pop stars.

Swift is no monster but her casual flirtation with bullying and intimidation – as of Tuesday she had issued no call to her base to stop harassing Gentry and others – bespeaks a cultural tolerance for vindictive, broad-stroke attack that is breathtaking. A bunch of celebrities supported Swift’s attack immediately. Of course they did, just as some politicians rush to support Trump, afraid of his ire. Each celebrity supporting Swift added their own social-media followers to the army attacking a Netflix show with a single Swift joke in one episode. 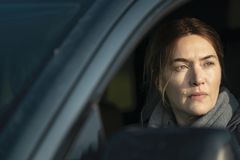 Opinion
All rise: Do we praise or condemn Judge Judy?
Subscriber content
March 7, 2021 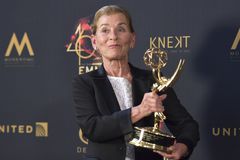 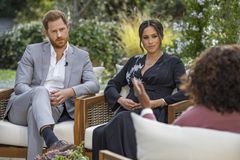