You must excuse my lack of sunny disposition about the Academy Awards. The announcement of the nominees is on Tuesday morning and I care about it as much as Doug Ford cares about Ontario postsecondary students: Not very much at all.

Here’s the thing about the Oscars. It’s just a TV show. It will come and go on Feb. 24 and it will be awful. This year more awful than usual, probably, for reasons that reflect and illustrate the doolally days we live in.

Discussion of the Oscars now resembles discussion of Brexit. You look on it all with a feeling of mild horror and feel the best outcome would be for the shambles to just end – and call or text me when somebody has a clue about how to do it. It’s all been grousing, grumbling and hand-wringing since it became likely that there will be no host for “Hollywood’s biggest night.” This circumstance was caused by the revelation of homophobic tweets by actor-comedian Kevin Hart, obliging him to bow out two days after he was made host.

Apparently Ellen DeGeneres tried to pull some strings and have Hart reinstated, but Hart’s apology was perceived as insufficiently contrite. There is a stalemate and if I understand correctly the shindig will now be co-hosted by a passel of “stars,” some of them in costume as superheroes from movies that kids and adolescents go to theatres to see. It’s like Theresa May is in charge.

I try not to be all hatchet-faced about it. It’s like the Academy Awards is a religion to which I no longer belong, involving rituals that no longer have meaning for me. And it’s all about ritual. That’s the trouble, you see.

As I write this, it’s beggaring-belief freezing in this neck of the woods. It’s midwinter with a wallop. The Academy Awards extravaganza is a spring ritual in the oldest and strictest sense. The popular culture is invoking the preliterate, primordial pattern of order being restored through spring’s regeneration and renewal. And our emotional response has already been programmed. We like renewal, rebirth, the rapture of extravagant celebration in spring, just as our ancient ancestors did.

Except it’s no longer a spring ritual, the Oscars thing. Time was, the Academy Awards on TV happened on a Monday in March. Then, for various reasons, mainly the existence of the February sweeps in the TV racket, the big shindig was moved to late February. Then earlier in February. It’s all about TV ratings now, not the movies. The ratings keep going down, declining by half between 1998 and 2018, but we’re talking network TV here and, darn it, there must be another dollar to be squeezed from another Geico insurance ad.

Heathens – not the ones in Hollywood, just your common garden ones – all over Northern Europe had a shindig when the light grew stronger and the days grew longer. Greek and Roman spring celebrations were a tad more sophisticated, often celebrated outdoors, with people dressing up and maidens dressing in very little. The Greeks had the festival of Dionysus in March, which featured plays being performed and awards handed out.

Now you get the picture? When you’re watching the frock-festival red-carpet fandango before the Oscars, having your little Oscar party at home or getting tetchy because your picks in the office Oscar pool failed to deliver, you’re doing what people have done for millennia. But it was all ruined for TV ratings. It was a form of vital spring ritual, one that signals the near-end of winter and the promise of sun and warmth. We used to look at our little gods of the movie world and filter all our wishes for warmth, wealth, success, fame and recognition through them. Sap rising, and godlike handsome men and comely women on parade.

It’s always possible that the Academy of Motion Picture Arts and Sciences and ABC will bring Billy Crystal out of storage to host this year. But that would be sad, a mere reminder of when it was all a fun spring ritual.

Excuse my lack of sunny disposition. I haven’t even got to the movies yet. Is Saoirse Ronan up for something? She seems nice and always talks like she’s in a never-ending production of The Commitments. Never mind. The Academy Awards are dead to me. Long live Netflix. 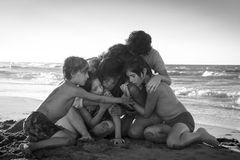 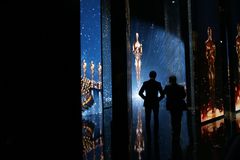 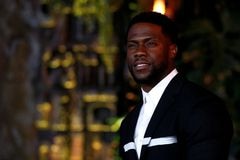