John DoyleTelevision critic
Published May 10, 2021 Updated May 10, 2021
For Subscribers
Comments
Text Size
Please log in to listen to this story. Also available in French and Mandarin. Log In Create Free Account

He didn’t mince words. He called television a “vast wasteland” and then, warming to his theme, called it, “A procession of game shows, formula comedies about totally unbelievable families, blood and thunder, mayhem, violence, sadism, murder, Western bad men, Western good men, private eyes, gangsters, more violence, and cartoons. And endlessly, commercials … and most of all, boredom.”

It was May 9, 1961, and that’s what Newton Minow said. He’d recently been installed as head of the Federal Communications Commission (FCC) by the Kennedy administration. He was addressing a gathering of TV executives and he intended to scold them. The phrase “vast wasteland” entered the popular lexicon as a defining description of American TV.

Every anniversary of that speech brings forth rumination and punditry on what has changed and what hasn’t. On the 60th anniversary, it’s fair to say that everything has changed, but it is technology, not changes in taste, that elevated TV to the primary and most relevant storytelling medium of our time.

(At 95, by the way, Minow is alive and well, and recently wrote the preface to the book Saving the News, by his daughter, Martha Minow, a law professor at Harvard.)

At the time he gave his speech in 1961, there were three networks and the top three shows in the U.S. were Wagon Train, Bonanza and Gunsmoke. In the ensuing two decades, Minow helped establish PBS, lobbied hard for Sesame Street and continued to lobby for more competition in the TV landscape. But not much actually changed. On May 4, 1970, the day the Ohio National Guard opened fire on a crowd of students protesting against the Vietnam War, Gunsmoke was on the air that night.

In 1985 came the book Amusing Ourselves to Death: Public Discourse in the Age of Show Business by Neil Postman. A scathing indictment of U.S. TV, it suggested that all television programming was advertising, that Americans are manipulated to become “addicted” to entertainment and even TV news coverage was presented as entertainment. Its title also entered the lexicon as a slam-dunk denunciation of TV. Postman’s book remains a standard text, much quoted in Britain especially, to dismiss U.S. television. Those who cite it tend to be people whose knowledge of TV stopped when Friends was on the air.

Well, everything has actually changed since then. Mind you, one misguided belief about the arrival of the Golden Age of television is that public taste changed and there was an audience just waiting for The Sopranos when it launched on HBO in 1999. Not so. It was technology, allied with commerce and new delivery systems, that changed everything. HBO was seeing a drop in subscribers every quarter and the 13-episode story arc, which became the premium-quality cable standard (and has been mimicked by Netflix and other streamers) overlapped with the quarterly billing period. If you dropped the service, you missed the end of the season.

Then premium cable, with all its now-iconic dramas, began to reach a much larger pool of customers when satellite technology became cheaper and made it unnecessary to literally put a cable into homes.

The success of Netflix was propelled by high-speed internet access and, since then, the shift from network and cable TV to streaming is in turn propelled by technology that allows you to connect the internet to a TV set that delivers a high-quality visual experience. First comes the technology, then the artistry. There is barely a single culture shift of the past few years that cannot be entirely linked to technology.

The whole world knows that the first period of the Golden Age focused primarily on complex, confounding male figures – The Sopranos, Breaking Bad and Mad Men making up the main trilogy. Since then, there’s been a vast infusion of female-centric storytelling. What happened, you could argue, is that Netflix and other streamers saw a yawing gulf in content and aimed to fill it with women telling their stories. From Natasha Lyonne’s Russian Doll on Netflix to the adaptation of Sally Rooney’s Normal People on Hulu (CBC Gem in Canada), the idea that prestige TV is about male angst has been demolished, as streaming overtook cable TV.

Sixty years ago, Minow’s slamming of American TV was dead right. He wanted more art, culture, sophisticated storytelling and fewer commercials. He wanted the TV industry to handle that. It took half a century and it was technology that helped transcend the vast wasteland, not well-meaning TV execs or anyone’s artistic endeavour. 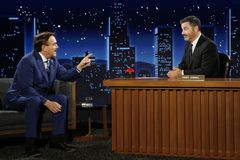 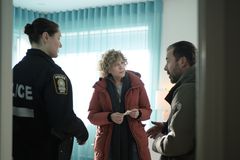 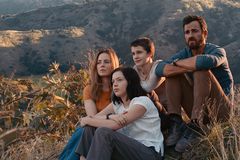