While most Canadians are still stuck at home, we can still dream about the cultural destinations we once embarked on pre-pandemic ... and will soon experience again. Here, the Globe Arts team reflect on their favourite international cultural memories, and what the necessary domestic equivalent might be.

Every few years when the Euro soccer tournament begins, the memories flood back. In Toronto and other cities here, the flags fly and the caravans of cars representing various countries buzz up and down the streets – because the Euro is our tournament too.

I’ve covered many Euros, traipsing north and south in Portugal or Poland, or landing wide-eyed and wary in Kiev. I remember the great matches, the roar of the crowd, the teeming streets post-game, and those days when the soccer paused and I set out on little pilgrimages to see a city’s art, fun and marvels. Vienna matters the most in my memory.

In the summer of 2008 Vienna wasn’t exactly its usual, laidback, slightly aloof self. The city sees itself as, historically, the cultural capital of Europe: art, music, coffee, chocolate cake, beer, Mozart, Beethoven, the Opera House, the cathedral and so on and through its rich history. All you have to do is stay within the old centre, bound by the Ringstrasse, a grand baroque boulevard, to experience not just the beauty and pleasure of the city, but Europe itself.

But that summer the Euro tournament was unfolding: Austria was co-hosting with Switzerland and Vienna was the venue for multiple games. There were soccer fans roaming the cobbled streets, sitting in coffee houses and wandering into St. Stephen’s Cathedral (where Mozart got married, back in the day). The supporters of various countries presented an unnerving sight to the Viennese; they wore funny hats and shirts, sang soccer chants into the night, banged their drums and crowded the trams.

Austria’s co-hosting duties seemed to be a chore that nobody in Vienna had anticipated. The most popular sport in Austria is skiing; the most popular entertainment is opera. It is joked that the Viennese are all in bed by 10 p.m. or when the opera ends, whichever comes first. Back then, the country didn’t have a first-rate soccer team as it does now – Austria plays Italy in the first knockout round of Euro 2020 on Saturday – and had qualified automatically as a host country. There was a national petition to get Austria to withdraw, because even the local soccer fans were pessimistic.

I was anchored in Vienna for the tournament as the locals adjusted rapidly to the great spectacle of an international tournament. It was a wonderful place to be. Vienna is, after all, a sexy city in love with pageantry and has been for centuries.

Like all international press, I was given a large package of information about Vienna upon arrival. The local tourist board was anxious to present the city as a great destination to every sports writer passing through. Now me, I was a tad surprised to get a note from Eva, the main tourism press officer, inviting me to lunch. Was she inviting all of us out, one by one?

Days later, I arrived back in the city, grumpily, on the early train from Salzburg (where I’d covered a game the night before) and headed straight for the lunch venue. Eva was there, beaming. It turned out, as she explained, that a few years earlier she had been the guide for another Globe and Mail writer researching a feature: my former editor John Fitzgerald. John was a most charming and delightful man, Eva said. So she figured I would be charming too and had sought me out. No, she wasn’t doing lunch with all the sports writers.

After the meal she took me for a stroll. When there was a break in the soccer, she told me, I must come here, to this one special place – the Museumsquartier, a bundle of baroque and modern buildings situated in the former Habsburg court’s horse stables. Pedestrian-only and a short walk from the old city centre, it’s where nine of the city’s major museums sit.

A few days later I did, and it was magical. In the Kunsthalle Wien, which exhibits contemporary art, I saw a startling, pulsating exhibition called Punk: No One Is Innocent. It covered about 25 years of punk culture in music, art and video and included work by controversial artists such as Robert Mapplethorpe and Derek Jarman. I’d been in London in 1978 and so much was unnervingly familiar – the malnourished faces of the punk musicians, the rawness of the angry images; the seething, strange eroticism of it all.

In the same location was the work of Schiele’s mentor, Gustav Klimt, the symbolist painter and leader of the Vienna art nouveau movement. I looked for ages at his paintings, murals and sketches, also marked by an unsettling carnality.

That pilgrimage away from the boisterous soccer supporters and the other sports writers mattered a lot. It all knit together, in an odd way. Eva, who became a good friend, told me the Punk exhibition had been planned years earlier when it was assumed that there would be many England supporters in Vienna to whom the show might be of interest. But England had failed to qualify and their manager, Steve McClaren, had been fired. I’d seen McClaren at the media centre in Vienna, doing punditry, looking doleful. That’s soccer for you, and its ups and downs. The U.K. portion of the Punk exhibition was, in the end, England’s main contribution to Euro 2008.

Each Euro is its own journey, for the teams, the players and supporters. My journeys have been many but, oh, Vienna was a special one. Years later, Eva came to Toronto for her work, promoting Austria and Vienna here. We met up and I took her bar-hopping downtown. I explained that if you’re not at a soccer tournament in person, Toronto is the best place to be. She wanted suggestions about where to see art in the city. I sent her to the Art Gallery of Ontario, to see the Inuk art, the Group of Seven and the Tom Thomsons – to see Canada. And if you don’t have time for all that, I told her, see the Henry Moore sculptures on the streets and embrace them. We’re not Vienna was my message, but we are not lacking in reverie. 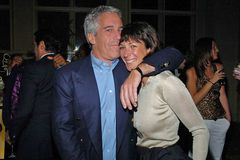 Opinion
The Kardashian show ended and nobody cared, but they should
Subscriber content
June 22, 2021 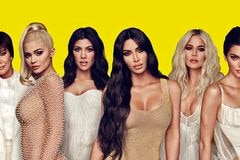 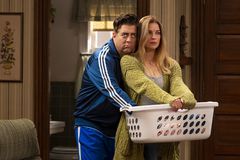