It’s not as though we have a shortage of information about the Royal Family. We already know that Meghan and Harry are not doing Christmas with the rest of the family. And that some elements of the British media believe their plan is “a snub to the Queen.” Blah-blah.

The big polling firm YouGov reports regularly on how the British public is feeling about the Royals. Recently, it delivered the news that Markle, the Duchess of Sussex, gets a 49-per-cent approval rating among the 9,000 adults surveyed, and Catherine Middleton, the Duchess of Cambridge, has an approval rating of 64 per cent. The meaning extrapolated by a Royal-obsessed media from these figures is that people admire Kate’s “unflappable” nature.

The Crown (Season 3 streams on Netflix from Sunday, Nov. 17) is about the endlessly unflappable Queen, now played by Olivia Colman, and there’s an issue with the quality of the drama now. Being unflappable doesn’t make for terrific, gut-wrenching tension and twists. Thus, it’s the minor and fringe characters who carry the series in the new episodes.

This season covers the period from 1964 to 1977, the latter date being the Queen’s Silver Jubilee. From the start, there is an emphasis on the inevitability of change. The Queen is shown the new profiles of her that will be used on postage stamps and money. This plot device allows her to recognize that she’s not the youthful woman she was when she ascended to the throne. She’s not happy about it, and viewers will be reminded that we’re not watching the luminous Claire Foy any more.

The peculiar thing about The Crown now is that it’s neither up-market soap opera nor precise historical drama. The pressing matter of a young queen settling into her daunting role has passed. The family is also more at peace with the role imposed on it by tradition and societal need. What we’ve got now is a series of situations in which a traditional monarch must cope with both her private bewilderment at a Britain casting tradition aside in the 1960s and her management of her children’s lives.

Colman is very good, but at the same time her embrace of a remote figure, talking in a clipped, tense tone, presents us with a person less enthrallingly complex. It’s those around her who will grip the viewer. Further, the handling of historical events becomes less interesting than the coming-of-age of a few royal characters. You might long for more soap and less history.

In particular, the portrayal of the situation caused by the arrival of Harold Wilson’s Labour government is messy and rather trite. It’s made clear that some Royal Family members thought Labour was quasi-communist and spooked by him. It’s not clear enough, mind you, that Wilson (Jason Watkins) found the whole Royal thing tiresome and dangerous to democracy, a relic of the past worth forgetting.

The most gripping figure by far is Princess Margaret, now played by Helena Bonham Carter with a thrilling kind of zest. It’s like performance art, this particular turn, with Bonham Carter relishing the idea of occupying the mannerisms and snobberies of the most doomed and most posh of all the doomed, posh young women of the era. The series springs to life when she is featured.

The role of Prince Philip has been taken over by Tobias Menzies, previously best known for his intricately complex work as two figures in Outlander. He makes Philip’s neurotic self-absorption and melancholy almost relatable. The same cannot be said for Josh O’Connor’s Prince Charles, who seems less a prince than a dour schoolboy, even when he’s going into adulthood.

What becomes clear this season, based on what’s available in advance, is how difficult it can be to make these people terribly interesting. They are, after all, rather ordinary figures who happen to exist inside gilded cages. Every penny of the massive fortune Netflix spends on The Crown is certainly on display, though, and it never looks less than gorgeous. One suspects that the fourth season will have more gusto than this one, which never quite becomes the gut-wrenching drama it aims to be. It’s very focused on an unflappable central figure.

Independent Lens: Made in Boise (Sunday, most PBS stations, 10:30 p.m.) is about an unusual industry booming in Boise, Idaho. In this pleasant place, which sees itself as “an all-American city," nurses, nail technicians and stay-at-home mothers are choosing to become paid reproductive surrogates for people from around the world. The doc features four of them. As the existing child of one woman says, “My mom has babies for other people. It’s pretty cool, but weird at the same time.”

The Club (streams on Netflix from Friday) is a Mexican TV drama about a group of rich kids in Mexico City who make the mistake of creating their own ecstasy drug and figuring out how to sell it to their rich friends. This doesn’t go over well with established drug cartels. It’s an arch, lightweight thriller-drama with plenty of local flavour.

Opinion
The Disney+ launch is a mess, and The Mandalorian, its marquee show, is a massive disappointment Subscriber content
November 12, 2019 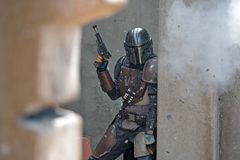 Opinion
Back to Life: Starkly original British drama is a masterpiece of melancholy Subscriber content
November 8, 2019 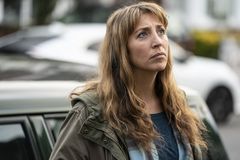 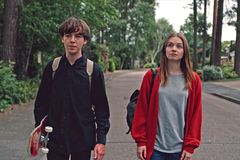