It is impossible to discuss so much in the popular culture right now without placing the argument or theme in the context of the pandemic period.

And so it is with The 73rd Annual Primetime Emmy Awards (Sunday, CBS, CTV, 8 p.m.). There was some uproar when the nominations were announced and some stellar productions were barely on the list, or ignored. Notably under-nominated were The Underground Railroad and The Good Lord Bird. Fact is, the nominations mirrored the COVID mood, as Emmy voters, like everyone, sought solace in comfort and joy. And when the dust settles on Sunday night, this year’s Emmy Awards will likely reflect what people watched with pleasure during the pandemic, not necessarily the best of TV.

It has been speculated that AppleTV+’s Ted Lasso will sweep comedy and acting categories. This makes sense. In any other period Ted Lasso would be an eccentric, lovable show, but in the COVID era it has a heft that can’t be matched. As a comedy, it bears little resemblance to the genre and, really, watching it is an act of self-reflection – can’t we all be better people and embrace the hopefulness that Ted embodies?

In the allegedly most-prestigious category, Best Drama series, it’s The Boys (Amazon Prime Video), Bridgerton (Netflix), The Crown (Netflix), The Handmaid’s Tale (Hulu), Lovecraft Country (HBO), The Mandalorian (Disney+), Pose (FX) and This Is Us (NBC). What should win is Bridgerton, for its novel take on the period-drama genre. But what will win is The Crown, which mined the Princess Diana storyline with aplomb and adding Emma Corrin as Diana worked wonderfully. And with that win, Netflix might finally manage to grasp the top Emmy prize.

The Limited Series category is actually a more formidable list and where real prestige resides.

The nominees are I May Destroy You (HBO), Mare of Easttown (HBO), The Queen’s Gambit (Netflix), The Underground Railroad (Amazon Prime Video) and WandaVision (Disney+). What should win is I May Destroy You, for its originality and stealthily gripping narrative about a sexual assault, one plagued by anxiety about the victim’s perceptions. The Queen’s Gambit might well win – it has won numerous Creative Emmy Awards already, and that’s fair. The gorgeously constructed series struck a chord, elevating the central character’s internal journey to the forefront, and it arrived at precisely a time when viewers were questioning the trajectory of their own lives.

In the acting categories, expect Josh O’Connor to win for The Crown, because playing famous British figures always impresses Emmy voters. Jean Smart should win for Hacks, because she’s had an astonishing recent run with that show and a superb supporting role in Mare of Easttown. Speaking of which, Kate Winslet will likely win for that show. It’s a given, after all the talk about her work on her accent.

Cedric the Entertainer is master of ceremonies and the list of guests and presenters includes Annaleigh Ashford, Awkwafina, Misty Copeland, Michael Douglas, Ava DuVernay, Gayle King, LL Cool J, Jada Pinkett Smith, Ellen Pompeo, Rita Wilson, Catherine Zeta-Jones, Jon Batiste and Reggie Watts. And that, right there, is a list that is much more diverse than usual. The show is being promoted as a more traditional awards show than last year’s virtual shindig, which worked quite well.

Also airing/streaming this weekend – Muhammad Ali (Sunday, PBS, 9 p.m.) is a four-part examination by Ken Burns (working with daughter Sarah Burns and her husband David McMahon) of Ali’s life and career. Like so much of Burns’s work it’s about going beyond popular mythology to put a subject firmly in the framework of American history. On the evidence of the first episode, from whence Ali came and where he went in reality, not just the public imagination, is what drives the series. It continues through Wednesday on PBS.

Bluebird (Sunday, Documentary Channel, 9 p.m.) is a loving documentary look at Nashville’s Bluebird Café, that small, intimate venue where so many country superstars first drew attention. The big names are interviewed, including Faith Hill, Garth Brooks and Kacey Musgraves, but many others too. The most interesting figures are the songwriters whose fame reside inside a tight Nashville music community. Finally, The Morning Show returns for season two (streams Apple TV+ from Friday), and there’s considerable curiosity about it. The series began as a fairly bland – though star-driven – drama about the machinations at a morning TV show. Then it became much more cognizant of contemporary political reality. Jennifer Aniston and Reese Witherspoon return, but the show expands much beyond their characters, apparently. 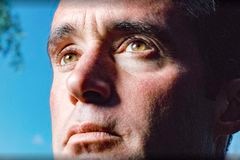 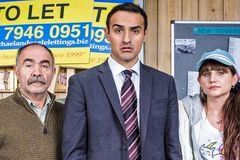 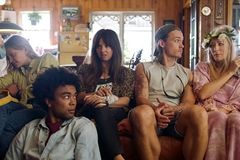