If you were hoping to use the Emmy nominations as a pointer to great TV you might have missed, stick with the category Outstanding Limited Series. That list is: Little Fires Everywhere (Amazon Prime Video in Canada), Mrs. America (FX), Unbelievable (Netflix), Unorthodox (Netflix) and Watchmen (HBO/Crave). All are excellent.

The nominations for the 2020 Emmy Awards, announced Tuesday morning, amount to a puzzle. That’s not unusual, given the depth and breadth of TV content across multiple platforms, but this year’s list seems oddly biased toward both the usual suspects, frivolity and what became available recently.

The 72nd Emmy Awards delayed entry deadlines amid the uncertainty surrounding the coronavirus pandemic and extended the number of nominations in some categories, so this was always going to be a rogue year. Still, the lists in some categories are radically different from what was predicted.

First, the gist: Netflix got 160 nominations (breaking a record for most nominations held by HBO last year with 137) and the most-nominated series was HBO’s Watchmen, with 26 in total. The Marvelous Mrs. Maisel is second with 20. Netflix’s Ozark and HBO’s Succession each have 18 nominations. Coming in with 15 each are The Mandalorian, Saturday Night Live and Canadian series Schitt’s Creek, which airs on the Pop channel in the United States. HBO’s Westworld has 11 nominations while being largely ignored in major categories.

What stands out is The Mandalorian, the calling-card series from Disney+. It ends up on the Outstanding Drama Series list, along with Better Call Saul, The Crown, The Handmaid’s Tale, Killing Eve, Ozark, Stranger Things and Succession.

This looks slightly insane – the live-action spinoff from the Star Wars saga is hokey, hackneyed and about as sophisticated as a B-movie western from the 1930s. Nice visuals, for sure, but it features, mainly, a guy with a gun hidden under a large helmet-thingy. Drama it is not, let alone “best” of anything.

The gulf between The Mandalorian and both Succession and Better Call Saul is so vast that you begin to wonder if the coronavirus situation addled some brains at the Television Academy. (By the way, the pandemic made for a highly unusual Emmy campaign season – no lavish lunches or receptions, or in-person meetings to coax votes from Academy members.) Perhaps they were so smitten with baby Yoda they lost their minds.

Watchmen is undoubtedly this year’s masterpiece. An unsettling meditation on the stain of slavery and the toxicity of racial hate, it is both a trenchant dismantling of the superhero genre, and a deeply disturbing portrait of the white-supremacist perspective in the United States. Utterly engrossing, disconcerting and smart, it is also visually stunning.

Other oddities include no acknowledgment for the excellent final season of Homeland, almost nothing for Pamela Adlon and her little masterpiece Better Things on FX, and a strange lack of notice for HBO’s acclaimed and timely adaptation of Philip Roth’s The Plot Against America. The voters went for escapism, not excellence, in this strange year.

The acting nominations also present a puzzle. But the absence of some performances can be explained by the sheer volume of TV on network, cable and streaming these days. For instance, according to the Academy, the submissions for Outstanding Lead Actress in a Drama Series amounted to 135, and last year the number was 88. Still, the absence of Rhea Seehorn and Bob Odenkirk, who did stunning work on Better Call Saul, looks peculiar.

Both Jodie Comer and Sandra Oh are nominated for Killing Eve, which had a relatively weak season and Oh was very much the background figure throughout. Perhaps the worst snub is Kaitlyn Dever not being nominated for Netflix’s extraordinary Unbelievable. Hers was one of the greatest performances in recent years. And then there is Normal People, which earned a nomination for Paul Mescal but not Daisy Edgar-Jones.

In Outstanding Documentary Or Nonfiction Series the list is: American Masters (PBS), Hillary (Hulu, Netflix in Canada), The Last Dance (ESPN, Netflix in Canada), McMillion$ (HBO) and Tiger King: Murder, Mayhem and Madness (Netflix). The inclusion of Tiger King is both startling and illuminating. Arriving as it did just as the pandemic lockdown took place, it’s the series that may well define this year and these Emmy Awards. It’s a rogue year when idiosyncratic escapism triumphs over excellence.

The Emmy Awards will happen, in some form unknown to us yet, on ABC on Sept. 20, hosted by Jimmy Kimmel. 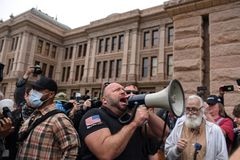 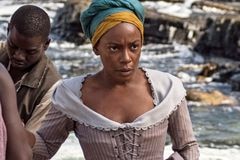 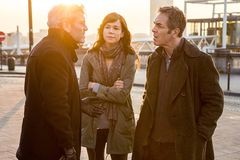