Eleven months ago, I greeted the series premiere of The Mandalorian with a Bantha-sized shrug. So this is the Star Wars spinoff that was going to put Disney+ on top of the brave new streaming world, and restore my faith in the franchise after J.J. Abrams’s up-and-down trilogy? A serialized space western whose best element was a cutesy rip-off of Gizmo, everyone’s favourite Mogwai? Okay, sure, fine.

But today, with no new big-screen blockbuster entertainment on the horizon for who knows how long (forever?), the opportunity to dip into a vast and expensively rendered cinematic-ish universe is like receiving a bounty of kyber crystals for the low monthly price of $8.99. Gimme gimme gimme! I’m desperate, and so, I bet, are you.

Fortunately, the producers of The Mandalorian have taken the time between seasons one and two to readjust to their indefinitely locked-down audiences' expectations. Instead of delivering the bare-minimum effort required to hook in Star Wars superfans – whoa, was that henchman working for Werner Herzog’s baddie part of the Kamino cloning facility??? – showrunner Jon Favreau and his team are now focused on what works for both the expectations of the franchise and the demands of this Peak TV era.

In terms of the season two premiere, which began streaming in the wee hours of Friday morning, this means a heftier dose of Star Wars mythology, but so it serves this particular story rather than the overall brand, and a more carefully calibrated focus on the wandering gunslinger elements.

On that first part, Favreau seems to be heading in the right direction with this kickoff episode, delivering a last-minute reveal that will please hardcore fans, though possibly alienating other audiences who will surely wonder what the heck it is they’re looking at and why the suddenly booming musical score is underlining its importance. (For those who are confused, it’ll require some backwards IMDb-ing of the fourth actor listed in the end credits. I’ll say no more, though I imagine plenty on the Internet already have.)

But it is on that episodic storytelling note where The Mandalorian is strongest. Partly because audiences are now settled into its relaxed narrative groove – basically, our hero Mando (Pedro Pascal) wanders onto some new planet looking for something critical to accomplish his next quest, he helps those he encounters while slaughtering a few bad guys, and moves on to the next adventure – and partly because Favreau is no longer shy about embracing his genre influences. I mean, there is doubling down on the western form, and then there is casting Timothy Olyphant, contemporary television’s archetypical lawman thanks to his roles on Justified and Deadwood, as a slick Tatooine sheriff. (Can we expect Walton Goggins to appear next, as like a Hutt family consigliere?)

The more pronounced tilt toward The Gunslinger-meets-Kung Fu territory also works especially well now because we’re better acquainted with a familiar world’s new characters, and their narrative purpose. Mando’s weekly adventure may have changed from one easily stretched wild-goose chase (deliver The Child/Baby Yoda to evil scientists) to another (deliver The Child/Baby Yoda to his own kind), but we’ve also grown to love his sense of honour, his pride, and ... awwww, look it’s Baby Yoda being cute again! Dang it, gets me every time.

Also impressive is the show’s commitment to big-budget spectacle. Everything on the screen looks like it cost just as much as one of Disney’s theatrical adventures. And while this week’s episode is tipping its hand just a bit too much in its ambitions to be the new, albeit kid-friendly, Game of Thrones (I mean, a literal space dragon makes an appearance), there is something to be said for delivering high-priced spectacle on a weekly basis.

And on that note, yes, Disney+ is still delivering The Mandalorian every seven days, rather than dropping a season all at once, Netflix-style. And as much as TV journalists might bemoan this decision – as Disney isn’t providing advance screeners, there are a lot of early Friday mornings in critics' near-futures – it’s the smart move. Not only because the show will get continued media attention every week until 2021, but because the leisurely not especially propulsive storytelling might be harder to swallow in one big gulp. Oh, and of course this gives viewers more time to craft episode-specific Baby Yoda memes. So cuuuuuuuute. 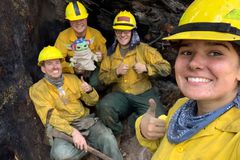 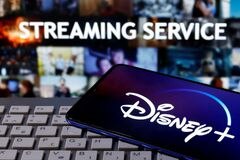