It says here, in this official release: “The Games of the XXXII Olympiad will begin on Friday, July 23, and go through Sunday, August 8, 2021, in Tokyo, Japan.” Yeah, right.

The Tokyo Games will begin for me and many other Canadians very early on Wednesday morning, two days before the opening ceremony. That’s when Canada’s women’s soccer team will play Japan (CBC TV, 6 a.m. ET). Set your alarm or set the PVR. This is huge. If Christine Sinclair plays, it will be her 300th appearance for Canada. Sinclair, 38, and others at the core of this team won’t be playing forever. Watch them now. And by the way, the U.S. women’s team at this Olympics might be at the end of an era, too, as Megan Rapinoe turned 36 earlier this month and Carli Lloyd turned 39 last week.

In truth, and in fairness, the Tokyo Olympics begin at 2 a.m. ET on Wednesday (CBC TV) with Canada versus Mexico in softball, which returns to the Games for the first time in 13 years. Interesting fact about our softball team: Pitcher Sara Groenewegen was on life support and in a medically induced coma in 2018 after she contracted Legionnaires’ disease.

This is what the next few weeks will be like. Events from Tokyo in the very early morning or late at night on some platform or other, and TV coverage that tries to make us genuinely interested in the competitors. This time, those athletes will be doing their thing in empty stadiums or arenas, in a place that doesn’t want these Olympics to happen at all. No cheering crowds, no gushing embrace of friends and family in triumph or desolation, and hostility from the hosts. It will be very, very odd.

Also, confusing: CBC owns the rights and the Games will be covered on CBC and CBC News Network, but also on TSN and Sportsnet. A lot of coverage will be streamed live on CBC’s website. Further, viewers will be able to watch CBC’s coverage of Tokyo 2020 live-streamed and on demand via Amazon Prime Video, and via CBC Gem, plus Telelatino (TLN) will have coverage of men’s and women’s soccer with commentary in Italian or Spanish. Me, I’m already getting nervous about missing something.

And then there’s the U.S. coverage on NBC. You could say these Games, under the shadow of COVID-19 and while Tokyo is under a state of emergency, exist solely because of NBC. The International Olympic Committee gets 73 per cent of its revenue from the broadcast rights and NBC paid US$7.75-billion in 2014 for the U.S. rights to all platforms, TV plus online, from 2021 through to the 2032 Olympics and Paralympics.

The eye-watering amount of money changes hands because the TV ratings are huge. For two weeks, NBC will dominate TV ratings in the United States. According to Forbes magazine, during the 2018 PyeongChang Winter Games, the prime-time ratings for NBC’s coverage were, on average, 82 per cent higher than whatever was offered by CBS, ABC and Fox combined. And, according to Nielsen, “For the 2016 Rio Games, 78 per cent of all U.S. TV households tuned in to some portion of NBC’s Olympic coverage, accounting for 198 million TV-only viewers.” There is also the knock-on effect on regular NBC programming, as ratings will surge for The Today Show, NBC Nightly News and The Tonight Show. The higher ratings mean increased revenue from advertising.

Whether you’re a sports fan or not, there will be drama to draw you in, if you’re in Canada or the U.S. There is the possibility the Games will be a super-spreader event. There will be many vaccinated athletes competing and others who are not vaccinated. There will undoubtedly be doping controversies. Technically, Russia was banned from the Tokyo and Beijing Olympics but some Russian athletes will compete, identified as representing “ROC” or the Russian Olympic Committee. There will be new sports, with karate, sport climbing, skateboarding and surfing making their Olympic debuts in Tokyo.

There’s more than enough to keep pundits and commentators talking for 24 hours a day on TV. I sympathize with all of them. In 2002 I covered the World Cup in Korea and Japan. It’s fair to say many in Japan were hostile to foreign journalists and soccer supporters. And this time, it’s worse. Everybody, brace yourselves, then set your alarms or program the PVR. 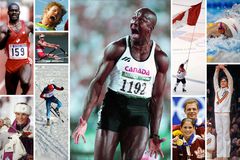 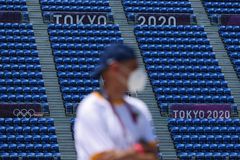