John DoyleTelevision critic
Published May 13, 2021 Updated May 13, 2021
For Subscribers
Comments
Text Size
Please log in to listen to this story. Also available in French and Mandarin. Log In Create Free Account

To be clear, this weekend’s major TV event is not a feel-good narrative about enslaved people from the U.S. South taking a dangerous journey to freedom and ending up in Canada.

The Underground Railroad (streams from Friday on Amazon Prime Video) is an intense, powerful work, a threnody and a critique of American culture and racial injustice. It is a formidably acute story of one central character, the young woman Cora (Thuso Mbedu) and her attempts to escape slavery. It is based on the prize-winning novel by Colson Whitehead, a work that strays into magic realism with the same confidence it depicts astonishing, horrifying brutality. Be aware then, it’s not an easy watch nor was it meant to be.

The series, partly adapted and entirely directed by Barry Jenkins, opens with an episode that features the barbaric punishment of Black slave figures. It ends with an episode so filled with blood, trauma and despair, that the light at the end of an underground tunnel, when it appears, is barely bright enough to compensate for the trauma that has gone before. But it does end the 10-part series with a deeply strange kind of sanguinity.

It opens in a Georgia plantation just before the Civil War and a tall, strong man, Caesar (Aaron Pierre), is trying to convince Cora to run away, to head north to freedom. She resists. Her mother Mabel (Sheila Atim) had left years ago, but Cora knows the punishments meted out to runaways who are caught. There is an intensity to that opening that will stop you in your tracks if you are unprepared. There is the ethereal quality that Jenkins brings to shaping his central characters, to the point where you are unsure if you are seeing ghosts, while the “underground railroad” itself is an escape route of the mind, not literal at all. And while these storytelling forces float, the ferocious cruelty of the plantation system sits there, in your face.

Eventually Cora is on the run, and pursued by a slave catcher named Ridgeway (Joel Edgerton). Her journey is precarious on many levels and Jenkins takes the time – most episodes are about 70 minutes long – to establish both a literal and spiritual journey. Through South Carolina, North Carolina, Tennessee and Indiana, there exists for Cora both false hope and a fierce fear. She is betrayed in ways that undermine any sense the viewer might have of a hopeful ongoing journey. As one character says, “The will of the spirit is nothing compared to the heart that’s overwhelmed with hate.” At the same time, there are episodes that are laser-focused on Cora’s established strength and indomitable determination.

The Underground Railroad is not recommended for a binge-watch. There are too many episodes that stand alone and require your concentration and a pause to reflect upon. It is not without flaws – at first the dynamic between Caesar and Cora hovers too close to robust male saviour looming beside slight, delicate woman, and the dialogue can be hard to grasp at times, as verisimilitude is sought in sticking with muttered vernacular. The series can be considered an unconventional American masterpiece; visually and tonally it is astonishing, but do not expect a transcendent cleansing force to make the viewers feel better.

Coral Ghosts (Sunday, documentary channel, 9 p.m.) is a striking documentary about one obsessive man, Dr. Tom Goreau. A scientist specializing in marine life, he comes from a long line of scientific photographers. His grandfather was a pioneer of underwater photography. He has inherited a vast collection of photographs and the program chronicles his obsession with taking these photos to the communities where they were taken, generations ago. His mission is to both honour his father and grandfather and ensure that some remote communities are aware of what life was like back then. He goes north, he goes to Australia and he goes to Bikini Atoll, where an atom bomb was exploded in 1946. Throughout, his mission is also to highlight the protection of the world’s coral reefs, when they are under great threat. It’s a tricky story to tell – but well directed by Andrew Nisker – because it’s as much about one man as it is about ecosystems and destruction, but it has force.

Finally, the MTV Movies & TV Awards (Sunday, MTV, 8 p.m.) is your frivolity break. Hosted by Leslie Jones, it hands out awards, probably in an eccentric way, to people favoured by MTV viewers. Scarlett Johansson will receive the Generation Award and Sacha Baron Cohen will be honoured with the Comedic Genius Award.

Opinion
The story of Genius Factory: Genius has its limits, human frailty doesn’t
Subscriber content
May 12, 2021 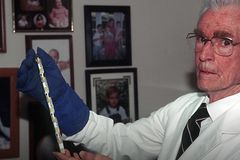 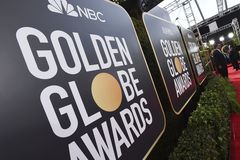 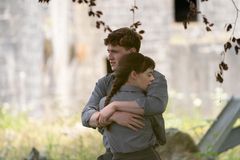