Crisis, what crisis? If you have a taste for Scandinavian-noir, you are blessed. You can escape for hours and hours into that world of long, dark nights, gloomy skies, grim landscapes and characters beset by inner turmoil.

The Valhalla Murders (now streaming on Netflix) is the streaming service’s first Icelandic “original” series and makes excellent use of the setting. This is not the tourist’s Iceland. It is kitchen-sink crime drama about people who look ordinary, live seemingly banal lives and harbour secrets as sombre as the landscape. The eight-part series, in Icelandic with English subtitles, is an ideal binge right now and is also a first-rate, slow-burning whodunit.

It opens with scenes of a woman trapped and struggling to move in the trunk of a car. She grabs a large wrench. That’s it. Then the drama goes back to 12 days earlier. In the bathroom of bar in Reykjavik’s harbour area, two middle-aged people are having sex. That’s Thor (Vilhjalmur Hjalmarsson) and Iris (Arnbjorg Hlif Valsdottir), who continue drinking after that and later we see Thor alone, relieving himself by the water. He turns around, thinking Iris is coming, but he is stabbed to death by a stranger. This is a no-fuss murder-mystery, you can tell from the get-go.

The central character is Kata (Nina Dogg Filippusdottir), an Icelandic police detective, confident and sarcastic, in the way that women cops in Scandi-noir thrillers are. We meet her while she’s swimming and then going home in bitterly cold weather that doesn’t seem to bother her. Her ex-husband is lurking to talk to her about their teenage son Egill (Valur Freyr Einarsson). The ex thinks the boy has started drinking heavily. Kata is dismissive and, in any case, is being called to a crime scene. When she sees Thor’s dead body and notes the furious knife slashes across his eyelids, yes, she knows this is one weird murder case.

Before the first episode ends, there’s another murder and again it’s a middle-aged man. Kata, who thinks she’s about to be promoted to the head of the local crime squad, is furious that her bosses refuse to acknowledge that a serial killer might be on the loose. Then she’s passed over for a promotion and her boss calls in an Iceland-born detective, and star of Oslo’s police department, one Arnar (Bjorn Thors), to assist her.

Arnar is as grumpy and secretive as Kata is plainspoken and wry. As they work together, uneasily, they come to realize that the murders are connected to a crime committed 30 years ago.

While the plotting looks familiar, artistically and tonally The Valhalla Murders is grimly different. It’s about buried secrets being exhumed but it never reaches for excessive, melodramatic horror. It’s plain to the point of being scruffy and it emphasizes the seediness of Reykjavik, not the dazzle of the setting. It is drenched in melancholy.

The Kata figure is highly unusual, too. She’s a strong woman, proud of her strength and gifted with a macabre humour. In more conventional drama she would be the woman who carries the weight of the world and all its woes, and is then revealed to be vulnerable under the tough exterior. Here, we are invited to see the world and the other characters as Kata sees them. The storyline doesn’t drill down into her emotional life. Instead, it obliges the viewer to share her skepticism and flinty pragmatism.

As a mystery, the series does tread familiar ground. This drama doesn’t set out to reinvent a genre. What keeps you compelled, with as much force as the mystery, is the attention paid to minor characters. The thugs, addicts and lowlifes of Iceland aren’t exactly lovable rogues, but they are presented as fully rounded human beings. What’s it all about? Well, corruption, oppression and misogyny. These are facts of life in the story as it unfolds, not banner-size plot points.

In this time of crisis, if you want no-frills escapism, The Valhalla Murders is exactly that. 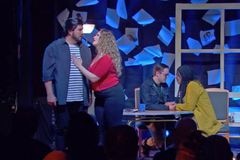 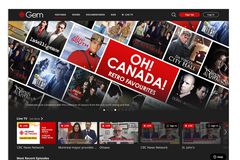 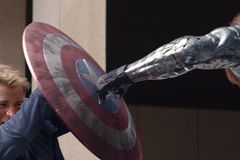