Cast your viewing net wide this summer. There is a lot of foreign-language content that is both off the radar and excellent. Some of it is mind-boggling and addictive. Some of it dwells on familiar themes done with a unique twist.

Let the World Cup be your guiding inspiration to explore beyond the local and recognizable. Herewith, three great foreign language dramas on Netflix for a summer binge:

Money Heist (La Casa de Papel) is a Spanish drama, recommended by a friend of mine as addictive, and it is. It’s a heist-centric multipart drama that upends most clichés of heist movies and celebrates others. It is also deliciously melodramatic at times, riffing on the telenovela style of telling one concentrated storyline that has outrageous twists and much passion. But it throws into the recipe a deeply serious social agenda and, at times, what’s unfolding is at the level of the best premium cable drama in this neck of the woods.

Set in Spain during the post-2008 financial crash austerity, Money Heist is subversive in that it’s about a heist for the people. It’s revenge against a government and a system that treats people as mere ciphers to be studied on spread sheets. The set-up is fast and clever. A mysterious figure known only as “The Professor” (Alvaro Morte) intervenes to stop a thief (Ursula Corbero) who is on the run from a previous bank robbery. He happens to know she is walking into a police trap. Then he introduces her to the other criminals gathered at a remote house to plan and train for the biggest heist ever – they will lift 2.4-billion euros from the Royal Mint of Spain.

Things get complicated as the drama shifts between different time frames. And yet, the narrative feels free of mundane crime-caper storytelling tics and stock scenes. It’s sexy and punk in attitude. Corbero gets a lot of attention here, since the complicated story begins with her and, as a strong female lead, her character doesn’t conform to much that you’d see in an equivalent British or American crime drama.

The Mechanism (O Mecanismo) is from Brazil and is the work of Jose Padilha, who created the original Narcos series. Padilha is as much a public intellectual in Brazil as he is a TV and movie writer and producer. His obsession is Brazil itself and the layered levels of corruption and vices that bedevil it. Here in what is a wildly ambitious, sprawling drama, he aims to tell the story of a corruption scandal that eventually led to the downfall of an entire Brazilian political class, from all sides of the political spectrum. The series caused a sensation there and former president Dilma Rousseff, who was also caught up in corruption allegations and impeached in 2016, called the show “underhanded and full of lies.”

How did it all start, that scandal? Well, one obsessive mid-level police officer knew that money was being laundered through a car wash. A lot of money. Ignored by his bosses and failing to get help from prosecutors, he went through the garbage from the car wash and spent months putting together papers and financial statements that had been shredded. Here, the officer, detective Marco Ruffo (Selton Mello), is near an emotional breakdown from the get-go. Frustrated by a lack of interest in his evidence that businessman Roberto Ibrahim (Enrigue Diaz) is shifting tens of millions, possibly billions, of dollars through the country’s politics, he takes matters into his own hands.

He gets nowhere at first and sidekick detective Verena Cardoni (Caroline Abras) eventually takes over the case. While Padilha distills the massive story line into the three figures of Ruffo, Ibrahim and Cardoni, it’s obvious there are widening circles of corruption. Be forewarned – there is a lot of voice-over narration to link story lines and touch on Brazil’s political system. It’s a fascinating, angry and at times bewildering series, but is driven by cold rage.

The Break (La Trêve) is a Belgian crime drama that is at first familiar and then different. The familiar central character, police officer Yoann Peeters (played by Yoann Blanc, who is tremendously good), is a good cop on a downward spiral. After something goes terribly wrong in his life and career, he abandons Brussels for his small hometown, accompanied by his teenage daughter.

He has barely arrived when a body is found in the local river. It’s the body of a local star soccer player, a young man from an African country, who was potentially a larger star in the making. Peeters, from his big-city experience, thinks it’s a murder. The local cops, earnest and straitlaced, say it’s a suicide and want the case left alone.

But Peeters becomes obsessed, as he is equally obsessed with his old life in this village. In the whodunnit that unfolds, the entire village seems filled with possible suspects. At some points, The Break reveals the influence of the first season of HBO’s True Detective, but not in a bad or overburdening way. It’s particularly fascinating to watch, not just Peeters, but his teen daughter negotiate life in an area that looks idyllic and quiet, but isn’t.

Powerful, plausible and anxious to poke around in small-town attitudes and prejudices in Belgium – thereby standing in for all of Europe away from the capital cities – the eight-part series is gripping, finely crafted, modern noir storytelling.

Picnic at Hanging Rock is a lovely, disturbing mini-series
June 15, 2018 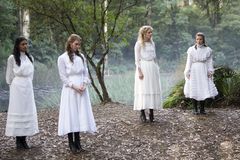 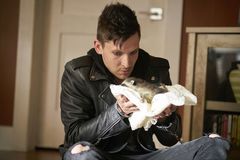 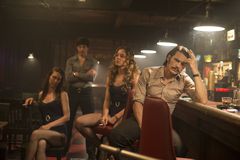