Over in the United Kingdom, and in some other places, cellphone towers have been vandalized in recent weeks. The towers were attacked after being upgraded to enable 5G, the next generation of wireless technology. And that happened because of completely unfounded claims that there’s a link between the rollout of 5G and the spread of COVID-19.

Paranoia is empowered by anxiety and anxiety is rampant right now. Is it a good idea to watch paranoid-thriller series? Yes, because most are not intent on making you more anxious. They offer satisfaction. The upshot of most narratives that present an extravagantly cunning sabotage of systems we take for granted – the justice system, the police, the armed forces – is this: human frailties such as jealousy, fear and greed, are at the heart of everything.

The Capture (recently arrived on Amazon Prime Video) is a new six-part BBC thriller that, from the start says, “trust nothing, trust nobody.” It opens with the matter of a British soldier, Shaun Emery (Callum Turner), who is in jail because he’s accused of killing a Taliban fighter who had already surrendered in Afghanistan. The evidence of his actions are captured on the headcam video footage of another soldier. Then, by heavens, in the first dramatic twist, his solicitor Charlie (Barry Ward) and coolly clever barrister Hannah (Laura Haddock) prove in court that the footage is unreliable. The technology isn’t trustworthy.

Next, after a celebration to mark the innocent verdict, Shaun is caught on CCTV cameras having what looks like an altercation with Hannah. Then Hannah disappears. Shaun vehemently denies any wrongdoing. An ambitious young detective inspector, who really wants to be promoted to dealing with high-profile terrorism, DI Rachel Carey (Holliday Grainger), is put in charge of the case.

It’s all about spying and how people in Britain are captured on camera all the time, no matter how innocent their activities. It’s about facial-recognition technology. It’s about showing that what looks like clear-cut evidence isn’t clear-cut at all. In the end, as an intricately woven plot – often thrillingly anchored in the issue of constant surveillance – moves toward its final revelation, you could say it’s about powerful people manipulating less powerful people, and the human urge to be both delusional and self-destructive. Called the thinking person’s version of The Bodyguard in Britain, referring to the splendid Netflix thriller from last year, it’s not going to increase your anxiety about anything other than pre-existing suspicions about surveillance.

Paranoid (Netflix) is good, not brilliant, but it’s an excellent distraction that won’t make you feel worse about anything other than common or garden-variety corporate greed. A British/German series, it is rooted in the ordinary, not the fantastical. The cops aren’t handsome, beautiful people with great hair. Most are sad-sack middle-aged people. One of the main characters is a 38-year-old female police officer whose boyfriend of many years dumps her in episode one. She shouts in despair, “I’m 38 years old, my arse is starting to sag.”

What happens to kick-start it is this: Family doctor Angela Benton is playing with her three-year-old son, Luke, on the swing in a park and a man in a hoodie walks up and stabs her to death. The best witness to the murder is Lucy (Lesley Sharp), who saw the hooded figure but didn’t see the killer’s face. There’s something odd about Lucy, though. She’s incredibly calm about everything. As the police begin to investigate they are baffled and disturbed to find that a secret, parallel investigation is also under way. That’s where the paranoia comes in, but really it’s about the ordinary, messy lives that are put under great strain by this one murder case.

Traitors (Netflix) is a six-part Channel 4 production set in the immediate postwar period and the context is paranoia about Soviet influence in Britain. Specifically, American suspicions that Communists or their sympathizers are all over the place, infiltrating the government. When Britain elects a Labour government under Clement Attlee in 1945, the paranoia increases in intensity.

The central character is an unusual figure for this type of period drama. She’s Feef Symonds (Emma Appleton), a young woman from the fringes of the upper class who has enjoyed the freedom that the war gave her: A career, a taste for danger and sexual freedom. So she takes up spying. For all its intense probing if possible Soviet influence in Britain, it’s actually about who is sleeping with whom. Soon, if we’re lucky, we can get back to idly wondering about that, instead of feeding our current anxieties. 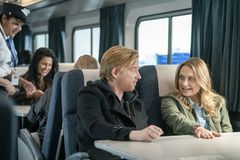 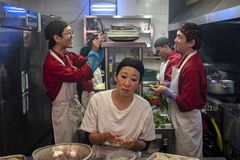 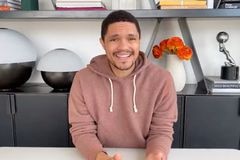