The Missing (Amazon Prime Video) is from 2014 and for grown-ups only. It has a gravity that the adolescent mind is unlikely to savour; a depth of feeling you connect with, if you have accrued life’s experiences of loss, doubt and regret. It is also a bloody brilliant thriller about the long search for a missing child.

At the start we meet an Englishman alone in a town in France. He’s Tony Hughes (James Nesbitt) and he looks like he’s in bad shape – ravaged, depressed with a hint of anger, and he drinks too much. The locals are wary of him. And then the time frame shifts back. It’s 1998 and Hughes, with his wife Emily (Frances O’Connor) and their two children, are in France at the start of a holiday. They’re very ordinary people. They have car trouble and stay for a day or two in an unfamiliar town. It’s a Sunday, in fact the Sunday of the World Cup final, France against Brazil.

Tony and his son, five-year-old Oliver, go for a swim. Then to a crowded bar to watch some of the soccer. Oliver is beside Tony throughout. The game unfolds, the crowd gets excited. For a brief instant we see the loud adults from little Oliver’s viewpoint and a vague sense of menace descends. Tony lets go of the boy’s hand for a few seconds, to search for money to pay for the drinks. In those few seconds, France scores, the crowd erupts and Oliver vanishes. The sense of alarm and dire fright is profound.

The drama borrows a bare narrative outline from the real case of Madeleine McCann – a British child snatched during a European holiday; suggestions the local police did not act properly; an intrusive tabloid press looking for flaws in the parents; and the parents determined to declare that they did nothing wrong. At the start, when Tony returns to the scene of the crime, he says, in a phone call, “I’ve found something.” It takes some time before that seems real, not something imagined by a near-demented father. It’s a spare yet complex series and its tone of desolation is what grown-ups only will truly grasp.

Durham County (CBC Gem) is from 2007 and was landmark Canadian TV, clearly intended as a smart, disturbing drama and as good as those made for U.S. cable outlets. It certainly succeeds in being disturbing – the opening is deeply sinister, as the viewer is required to observe a brutal slaying. Slowly, it gets worse, as viewers realize that they are sharing their perspective with someone else, someone who chooses to do nothing.

From there, things unfold rapidly and efficiently, rather in the style of sophisticated British thrillers. We meet Mike Sweeney (Hugh Dillon), a brooding, damaged and secretive homicide detective who is moving with his wife Audrey (Hélène Joy) and two daughters to an apparently pleasant suburban community. Soon we learn that Audrey is recovering from cancer and Mike has a personal secret he cannot divulge.

And then there’s the neighbour Ray Prager (Justin Louis), a tense, muscled-up braggart with whom Mike has a history. Louis, a veteran of many U.S. and Canadian productions who is now known as Louis Ferreira, does great work here, exuding male rage and petty rancour. Soon, Mike has to deal with the work of a serial killer. The highly charged tension mounts as Mike and Ray embark on a collision course.

Durham County is visually sumptuous and the controlling image is that of the huge hydro pylons that loom over the homes and gardens of suburbia. Dillon is outstanding as Sweeney, a troubled man who has made many mistakes. The series (two seasons on CBC Gem) is written by Laurie Finstad-Knizhnik, directed by Adrienne Mitchell and Holly Dale, and executive-produced by Janis Lundman, Adrienne Mitchell and Michael Prupas. The predominantly female perspective on male rage and hurt makes it compelling and a very fine, sombre and smart drama.

Acceptable Risk (Amazon Prime Video) is a six-part mini-series, a conspiracy thriller, a co-production between companies in Canada and Ireland, and set in Montreal and Dublin. The gist is this: Lee Manning (Paul Popowich), a top executive at a giant pharma company with headquarters in Dublin, is in Montreal for a meeting. He’s got a sensitive file he needs to discuss. He’s given a ride from the hotel to the meeting. Hours later, he’s found dead on a Montreal street, shot in the head.

He’d called his wife Sarah (Elaine Cassidy) in Dublin just before the meeting to express his love. Sarah, who becomes the central figure in this slow-burning thriller, realizes that she actually knows very little about the man she married. The plot becomes oddly thin and thorny as it unfolds and the series is more good, distracting binge than truly sophisticated thriller. 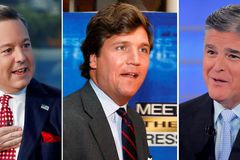 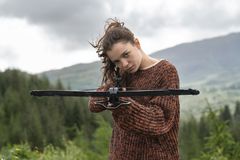 Opinion
The Hunting: A complex drama about teenagers and cyber-sex
Subscriber content
July 20, 2020 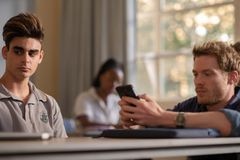