Those cars and vans fill the streets delivering those smiling packages. Oh, what delight. It’s here already! It’s like Christmas every day.

What has Amazon wrought? That delight, that ease, that sweet efficiency. Two clicks and what you want, not necessarily need, is on its way. But hold up. There’s somebody out there who says, “Everything that is admirable about Amazon is also something that we should fear.”

Amazon Empire: The Rise and Reign of Jeff Bezos (Tuesday, PBS, 9 p.m.) is the sobering look at Amazon that we need. It’s not conspicuously alarmist. It’s just a hard, cold look at the creation and rise of Amazon and the ambitions of its creator, Jeff Bezos. It suggests that Bezos has a plan, “a new course for humanity,” that he presents cheerfully, but is ominous. Amazon, it suggests, is not really about selling you things easily and efficiently. It’s about data. Yours and mine, and it is relentless in subtly accumulating that most important information about all of us. What else? Oh, just that Amazon sees itself in the future as in control of health care and security.

That ominous quality is conveyed through a straightforward account of the rise of the company through innovation and ruthlessness. Bezos isn’t interviewed but several of his top executives are, as well as former employees at various levels, and those who have fought Amazon, and lost.

Jeff Bezos’s roots are in Wall Street, not retail. His job with the investment firm D.E. Shaw taught him how to use “human analysis,” that is, human data, to work the markets. When he started Amazon as an online bookstore he was taking advantage of basic information about book-buying to create an infrastructure that would then be used to sell all manner of products. “All customer behaviour is recorded and tracked,” is an Amazon boast from those early days. And someone from that period describes Bezos as, “A small non-descript man with a cheerful laugh and Napoleonic ambition.”

While Amazon spent years losing money, it accumulated information about customers and learned how to predict behaviour and consumption based on tracking customers. (There is one point when the company’s tactics sound hauntingly close to those of Dominic Cummings, the man who used social media to swing the Brexit referendum in Britain.) People are shockingly predicable, you see, as a former exec at Amazon says.

Amazon’s battles with publishers big and small are explained. It was called, by some, “The Gazelle Project,” because Bezos wanted to pursue other booksellers like a cheetah pursues a delicate gazelle. “You don’t go after the strongest,” Randy Miller, former Amazon director of merchandise pricing and product management, tells Frontline. “The cheetah looks for the weak, looks for the sick, looks for the small, that’s what you go for. So you don’t start with the No. 1 publisher, you start with the No. 7 publisher. And by the time you get to Nos. 2, 3, and 1, the noise has gotten back to them. They’re going to know this is coming, and chances are you may be able to settle that without a full-on war." Amazon wanted kickback fees from publishers, and got them.

As the company expanded from online bookstore to online mall, it began opening huge warehouses, often in towns hard hit by the recession of 2008. Then came the complaints about working conditions. Former factory-level employees talk about the inhumane conditions and the impossibility of having a career – they were only cogs in a machine. Then came the Kindle e-reader and then came the Amazon Prime customer level, and Amazon enticing and charging third-party retailers to use its platform, followed by complaints that those retailers were selling unsafe products.

Throughout, what becomes clear is how nimbly Bezos fended off complaints. Each controversy was followed by a benign promise and yet more cheerful ambition to do better. It becomes a bizarre story of cold-blooded ambition tempered by pious declarations. One of the favourite phrases that Bezos uses is, “We’re explorers, not conquerors.”

Everything from his purchase of The Washington Post to his cozying up to government officials during the Obama years is covered. And yet in the end it comes back to the information Amazon has about us, the customer.

The launch of the Echo smart speaker and the artificial intelligence-powered Alexa virtual assistant are cited as examples of both the company’s bid to dominate the artificial-intelligence field, and its ability to gather information. See, Alexa is recording, not just listening and answering questions. Amazon admits that employees listen to customer voice recordings, but says that’s for quality control.

David Limp, Amazon’s head of devices, disagrees with a Frontline correspondent’s assertion that the Echo is a “listening device.” But Limp admits that Amazon could have done a better job telling consumers that humans were sometimes listening to the recordings.

Meanwhile, Meredith Whittaker, co-director of the AI Now Institute at New York University, says, “Alexa is one more way for Amazon to gather extremely valuable data, and this data collection is extremely important to the business model. It’s extremely hard to do, and convincing people to just deploy something like this in their home is a brilliant trick.”

There’s the trumpet-warning about the ominous aspect of Amazon. Much of what it has achieved is “a brilliant trick,” but the consumer is still being tricked about Amazon’s intentions. It’s not about smiling packages at all. 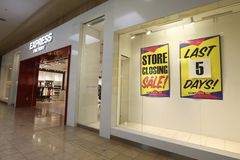 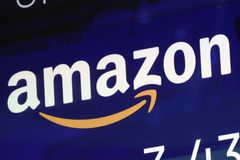 Amazon wants Trump to testify over whether Pentagon deal was made to ‘screw Amazon’
Subscriber content
February 10, 2020 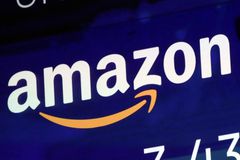