It’s perfectly possible that no producer or writer actually sets out to do it, but the fact is that U.S. presidential periods are reflected in the popular culture, especially on TV. Sometimes, setting out to capture the pulse of a presidential period is precisely what creators have in mind.

The Trump era, soon to pass, might be defined as one livid with lying, paranoia, conspiracy, sexism, cronyism, dread, racism and greed. That’s more than enough material for a TV era. Let’s think about the past few years: Conspiracy thrillers in Big Little Lies, true-crime series about a coverup in Making a Murderer and The Keepers, greed and utterly immoral villainy in Ozarks. Dread? Multiple seasons of American Horror Story, one set specifically during the 2016 election.

In early January, 2017, as Donald Trump took office, I heard a broadcast exec at ABC tell TV critics that the success of such shows as Pawn Stars, American Pickers and Duck Dynasty was “an early indicator of how the country was feeling.” The implication was that the Duck Dynasty fan base was part of what put Trump in the White House.

Yep, a social shift can propel a candidate into the White House and that shift is mirrored in a batch of TV content. Television can react to perceived cultural changes faster than film or other media. Think back over the past few decades. Family Ties is the classic Reagan-era series, with its young conservative figure, played by Michael J. Fox, rebelling against his hippy-liberal parents. Also in the Reagan years there were multiple shows perfectly in tune with the nostalgia-steeped atmosphere fostered by Ronald Reagan and furthered by George Bush: Brooklyn Bridge, I’ll Fly Away and Homefront were all set in the past, but a past in which the present was curiously alive.

Bill Clinton was closely connected to the TV world before he was president. Among his closest friends were Harry Thomason and Linda Bloodworth-Thomason, creators of the hit series Designing Women, Evening Shade and Hearts Afire. (Thomason made The Man from Hope, the film that introduced and mythologized Clinton at the 1992 Democratic National Convention.) Maybe the couple prepared the ground for Clinton with those shows steeped in Southern liberal sincerity.

The Clinton era itself was defined by series about male characters aged thirty- to fortysomething, in Seinfeld, Home Improvement, The Jackie Thomas Show, The Larry Sanders Show and Dream On, which all feature cynical, supercilious and happily sexist men.

The Fox drama 24, featuring Jack Bauer (Kiefer Sutherland) and his Counter Terrorist Unit, became the defining drama of the post-9/11, George W. Bush period. Yet, it was never meant to be definitive or mirror events. The series was created before 9/11, but as soon as it aired it encapsulated the zeitgeist – the constant threat of terrorism, the use of torture and the casting aside of ethical dilemmas in order to protect the safety of Americans.

The Obama era was in part defined by two Shonda Rhimes shows, Scandal and How To Get Away with Murder, simply because they featured Black actors in the lead roles. But by critical consensus the defining Obama-era series is Parks and Recreation, its entire ethos and storyline an exemplar of liberalism in the Obama years, with its substantial but gentle take on government, tolerance of multiculturalism and inherent belief in the rightness of being decent.

U.S. television is, by commercial necessity, about values that connect the majority. Those values are embodied in the new president by definition of his being elected by the majority, so we get television that reflects his personality and vision. Trump-era TV has reflected a deeply divided country and culture. Saturday Night Live became newly pertinent as soon as Melissa McCarthy’s vicious but accurate take on Sean Spicer debuted. Jimmy Kimmel want from lightweight late-night joker to the voice of righteous indignation.

It will be years before we grasp it all and have the benefit of hindsight. But for now, here are six shows that exemplify the period that ends in January, 2021.

Arriving in the spring of 2017, on the heels of Trump’s inauguration and the women’s march that followed, the adaptation of Margaret Atwood’s novel seemed to exist for extrapolation – its dystopian world at parallel with the views on gender equality and reproductive freedom that emanated from the Trump administration. The series started and remains cultural commentary that gives you a dose of the creeps.

The series about the Roy family, a fictional, megarich American global-media clan, didn’t get attention at first. It seemed part of an odd trend – along with Billions, and the FX miniseries Trust (about the Getty family), it looked like part of a faddish fascination with the very rich for our entertainment. But it became a powerhouse drama about the internal workings of the 1 per cent, rich families who control massive wealth and big media. These graceless, venal characters, with their incessant power games, could be the Murdoch family, or the Trumps.

ABC’s revival of Roseanne Barr’s sitcom was the most shameless manoeuvre to literally reflect the Trump era and showcase Trump voters. In doing it with Barr, ABC made a deal with the devil, but for a while it was unnerving TV. The Conner family had aged but life wasn’t better. They were the left-behind, those voters who flocked to Trump’s message of grievances and anger. Roseanne and husband Dan (John Goodman) faced the reality of looming old age and medical bills. Their children had not transcended the lives their parents lived, stuck in middle-America with few prospects. Roseanne Conner was a Trump voter, and you understood why. Then Barr attacked a former Obama White House adviser in a viciously racist tweet. Within hours, ABC cancelled the show. But they really only fired Barr and The Conners emerged from it, and succeeded, an often excellent depiction of the working poor in the United States, without overt political framing.

The anthology format Fargo predated Trump, but it captured a culture of greed and banal selfishness; evil entering small towns unnoticed but then exploding. Then in subsequent seasons dwelt on themes of avarice and cutthroat hubris. Right up to the current season, largely about a world run by con artists and criminal gangs, and the effort to stay ethical in such a world.

HBO’s series had its origins in DC Comics but had the heft of raw and magisterial commentary on racist violence, white supremacism and vigilantism. After three years of Trump, the alternative reality of the series didn’t seen alternative – it seemed shockingly contemporaneous and relevant. Real, simmering frictions about race, conspiracy and retribution burst through it and framed this era as a nightmare.

The first episode began with Trump being elected. Then the show, a spinoff from The Good Wife, faced the Trump era with audacity: confronting race, immigration (the cruelty of ICE) and incompetent judges appointed to tow the Trump line. An angry, bleakly funny legal drama, it’s set in an arena run by what central character Diane Lockhart (Christine Baranski) calls “dirtbag men.”

Opinion
Best of 2020 lists fall on deaf ears as homebound audiences reach for the shmaltz
December 4, 2020 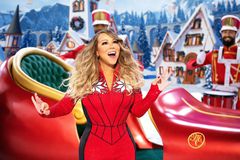 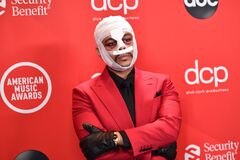