According to Jimmy Kimmel, who is back doing his show from his house, the place where Donald Trump currently resides might best be described as a dump.

“I’ve been to Mar-a-Lago, by the way,” Kimmel said last week. “Years ago, before he was president, I had dinner there once. It’s a bunch of very, very old people quietly eating meat loaf. It’s like a very gaudy rest home. Nothing goes on, nothing happens. He won’t make it a week in there. He’ll be calling into Hannity by Friday night.”

The conclusion of Trump’s American Carnage (Tuesday, PBS 10 p.m. on Frontline) is Americans should be worried Trump will indeed be calling in to Sean Hannity of Fox News and spreading conspiracy theories and incitement. It’s a sobering look at the past four years of Trumpism, with both a coolly analytical approach and a point of view. That view is Trump first corralled the Republican Party to do his bidding, and in a series of calculated steps, simultaneously forged an alliance with far-right white supremacists.

Essentially, the hour-long program says, we should have seen it coming, this assault on the Capitol and the fevered belief the U.S. election could be stolen. It starts with some of Trump’s inciting words to that rally in Washington on Jan. 6: “If you don’t fight like hell, we won’t have a country any more.” And then it goes back to his inauguration speech in 2017, the theme being “carnage” and what now looks like an orchestrated campaign to sow chaos, demonize elected officials and stir blind rage. As several pundits points out, that mob on Jan. 6 was really, “Hunting for Republicans who had turned on Trump.”

The program finds a distinct connecting theme or plot, a through-line that leads up to the Capitol riot. First, Trump intimidates Republicans, even Mitch McConnell. Then he behaves outrageously, but there is no one left to speak out against him. The theme is fear. The underlying suggestion is fear of Trump’s wrath morphed into physical fear of the mob, and the engine of that mob was white nationalism.

As early as August, 2017, the seeds were sown. That when the “Unite the right” rally in Charlottesville, Va., became a showcase for neo-Nazis; chaos and murder followed, and Trump made his famous “fine-people-on-both-sides” comment.

Susan Glasser of The New Yorker says in the program, “Charlottesville was shocking at the time, but actually became the template for much that followed. He understood that there were no practical limits or constraints, except for norms, which he was willing to violate, except for public opprobrium, which he didn’t care about.”

It is still shocking to see footage from Charlottesville, especially those torch-wielding white nationalists. The program also captures David Duke, former Ku Klux Klan leader, telling TV cameras at the event, “We are determined to take our country back.” It’s a moment that gives pause. Unsettling and fraught pause. Three years after Duke used that phrase, the variant “Take back Canada” was Erin O’Toole’s slogan in his Conservative leadership campaign.

This Frontline takes the view that Trump’s bluster, at rallies and on Twitter, was often more than bombast. The pattern it sees is after each failed attempt to rein him in – the Mueller report, the 2019 impeachment – he was emboldened and went ever further to signal possible violence by his supporters. Several pundits interviewed – a list that includes Charles Sykes, a long-time moderate Republican and author of How the Right Lost Its Mind – point to Trump’s “Liberate” tweets aimed at supporters in Michigan, Minnesota and Virginia, as starkly foreshadowing his incitement of the Capitol riot.

The program also suggests the baseless conspiracy theories Trump floated about election fraud would have had no oxygen to thrive were it not for Fox News. It makes the point there might be subtle differences between what Trump said, or what Fox News said, and what his supporters actually heard. As Sykes says near the end, “the big lie” about election fraud is still out there and being absorbed as truth.

Republican pollster Frank Luntz echoes that, saying Trump supporters who assert the election was stolen are not “lying” as such – “They believe it was stolen. They are wrong, but they believe it.”

The strength of the program is its rather forlorn, in-hindsight view that extraordinary and disturbing events were inevitable, if you just stood back and watched the signals. Of course, if Trump calls in to Hannity’s show, he will have a different view, as do Fox News viewers. 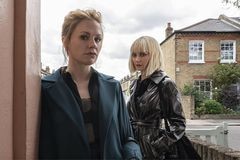 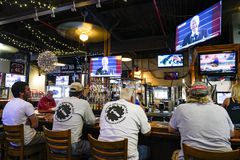 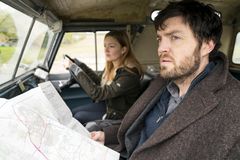