Tucker Carlson is “on vacation” for the rest of this week. He says.

Possibly he’s mulling the possibility of running for office. Because that’s being talked about by various Republican Party notables. How weird is Trump-era American politics? It’s Tucker Carlson weird. Yes, the guy with the pained puppy-dog expression, the one who feigns hysterical amusement better than any sitcom laugh track, is being talked up as the GOP candidate for 2024.

Mind you, the Fox News host, who draws about four million viewers on weeknights, is tackling two controversies right now. Last week CNN revealed that the head writer for Carlson’s show, a fella who goes by the name Blake Neff, went by another name on various social-media platforms, spewing racist and sexist remarks hither and thither. The fella resigned last week. Also, some major advertisers abandoned Carlson’s show after he heaped scorn on those marching to protest the killing of George Floyd, and for his repeated assertions that there is no racism in the United States.

Carlson tackled the departure of his main writer on Monday. After many commercial breaks featuring the insufferable MyPillow guy – advertisers including Disney, T-Mobile and Sandals Resorts have fled – he delivered a wishy-washy explanation, not an apology. “What Blake wrote anonymously was wrong,” Carlson told viewers in his I’m-serious-here voice. “We don’t endorse those words.” Then, weirdly, he scolded those who’d called out Neff, branding them “ghouls” who were involved in “the destruction of a young man.”

It’s the ratings that make Carlson talked-about as a political candidate to carry the Trump torch forward. Drawing 4.3 million viewers on some nights, he fronts the most-watched show in America. He’s getting more eyeballs than reality shows and crime-procedural reruns on the main networks. Right now, CBS is averaging a total of 3.6 million viewers in prime time, ABC has 2.9 million and NBC 2.8 million.

Carlson’s ratings have soared since the protests against anti-Black racism began. He’s the anti-protest guy, the voice who speaks for those who see the demonstrators as a “mob” out to undermine traditional values, including traditional policing. Carlson has even admonished President Donald Trump for being too lenient on the protesters. He leans into conspiracy theories, too, attacking “George Soros-funded” prosecutors.

Mostly though he presents himself as the plain-speaking, common-sense guy unafraid of any liberal or Democrat, even war-hero Democrats. He attacked Democratic senator Tammy Duckworth, who lost both legs in combat in Iraq, after she called for discussions about removing monuments to Confederate figures. He said Duckworth is “a deeply silly and unimpressive person.” Those are two of his favourite insults. His feigned hysterical laugh is weaponized when a guest suggests the anti-racism protesters might have a point.

It is characteristic of the Trump-era that a TV loudmouth with no political experience is considered a potential candidate. Trump went from reality-TV star to President, using the tricks of outrage and provocation that he’d learned on The Apprentice. Carlson has what Trump likes and admires – big ratings. He is more subtle and agile than Trump in triggering white anxiety. He talks breezily about American “heritage” being under attack, while making the distinction that slavery and Jim Crow laws were “immoral.” Meanwhile he talks about immigration policy under Barack Obama as “dangerous for our country” and uses a specific kind of focused scorn speaking about members of Congress Alexandria Ocasio-Cortez and Ilhan Omar.

Some in the Republican Party think Carlson is really on to something. “Let me put it this way: If Biden wins and Tucker decided to run, he’d be the nominee,” former Trump political aide Sam Nunberg, told Politico. The website says it interviewed 16 “prominent Republicans” and there was unanimity that Carlson would be a great candidate.

Regardless of whether he runs, Carlson has come a long, long way. In 2004 he was an emerging star on CNN’s Crossfire, a smirking, bow-tie-wearing, conservative insult specialist. Then Jon Stewart of The Daily Show appeared on Crossfire. He called Carlson and co-host Paul Begala “partisan hacks.” Aiming particular contempt at Carlson and intending to demolish, Stewart said witheringly, “You’re doing theatre when you should be doing debate. What you do is not honest. What you do is partisan hackery.” Crossfire was cancelled soon after, Carlson went on to appear on Dancing With the Stars and eventually took on the role of token conservative voice at MSNBC, before landing at Fox News and becoming the most-watched person on U.S. TV.

There have been less idiosyncratic routes to the White House. This in the Trump-era and this is real. 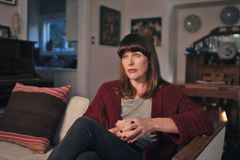 Netflix renews The Crown for a sixth season after all
July 10, 2020 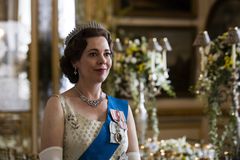 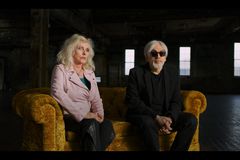