If you don’t have a strong opinion about Jordan Peterson, odds are you’ve never heard of him: about how the University of Toronto psychology professor became a hero, through his attack on the federal human-rights legislation known as Bill C-16, to those who regard themselves as free-speech warriors; about his bestselling book, 12 Rules for Life; about his attacks on feminists and others; about his disdain for so-called political correctness. As Peterson shot to worldwide fame over the past two years, Toronto filmmaker Patricia Marcoccia had her camera rolling. This Friday at 9 p.m., CBC-TV will air the resulting documentary, Shut Him Down: The Rise of Jordan Peterson. We spoke with Marcoccia by phone this week.

Peterson has been tweeting out the trailer, which would imply that he’s pleased with the doc. I presume you’ve shown it to him?

I had the opportunity to watch the film both with Jordan and with Lane [Patriquin, a trans activist and Peterson critic featured in the film] on separate viewings. That was obviously a very nerve-racking process, but it actually went quite well. I don’t want to speak for them, but the feedback we received was that they felt they were portrayed accurately and fairly.

In a blog post about the film on the CBC website, you write that “hundreds of thousands of news articles, podcasts, YouTube videos, and newscasts have covered [Peterson and his criticism of Bill C-16].” What did you hope to do with this film that hasn’t already been done?

There’s been nothing that looks at these events so intimately as they were happening. It’s very rare to find coverage of this event that actually treats – and I guess I will say “both sides” – with dignity. And I tried very hard, in the process of making this film, to really go into the world of both sides involved and to try to understand what was at stake for people coming at this from different vantage points. My hope is that people can watch this and come out maybe slightly more confused about what they thought. Maybe they can open their minds a little bit more to understanding where the other side is coming from. What I found in making this film is, it’s a lot more complex than simply picking one side or the other

What strikes you as complex?

It seems like a lot of the conversations are happening from a very tribal place, and I don’t think that’s helping produce constructive conversations at all. It’s making people really distrust the motivations of where people are coming from.

At one point, you film Peterson from behind, in slow motion, his arms spread wide, and then you cut to a crucifix. Do you believe he’s a Christ-like figure?

I think a lot of people see him that way.

Your film includes an interview with one of his friends, Wil Cunningham, who suggests people mischaracterize Peterson. But it’s not clear to me whether you actually demonstrate that in the film.

The main one that comes to mind is, when Jordan released his video [in the fall of 2016] “Professor Against Political Correctness,” a lot of people interpreted what he was saying as though he was saying non-binary people don’t exist. And to this day there are so many people who I encounter who think that that’s what Jordan is saying. When we show [U of T prof who identifies as trans] A.W. Peet’s reaction to Jordan, they’re saying “I do exist and this isn’t correct, he’s bigoted,” I guess that would be one example.

Cunningham speaks about, as he says, “the cult of Jordan Peterson, which also has its own ideas, which sometimes are only somewhat correlated with what he actually believes.” That would imply that people have taken his ideas ...

Yes, but those would be his fans, not his critics. Do you believe that even his fans mischaracterize him?

I think there’s truth to that. That isn’t something we explore in this version of the documentary. We are working on another one that’s 75 minutes. So we’ll be able to go into a bit more depth on things.

There are a number of scenes of people – primarily young men – thanking Peterson for helping them work their way through despair and other problems in their lives. I know he counsels people, ‘Clean your room’ – there’s even a moment in the film when he receives a package of bumper stickers from a fan, which say “CLEAN YOUR ROOM – Jordan B. Peterson, PhD.” But beyond that, it’s not clear to me, from the doc, how he’s helped them.

The film doesn’t go very in-depth at all, in terms of Jordan’s ideas, so I understand where you’re coming from, in feeling unclear about that. Again, that’s something we’d be able to explore a bit more in the longer version of the film.

But, given that Peterson is a lightning rod for controversy – and we’ve seen that especially over the past year [with his comments advocating what he called enforced monogamy, and people suggesting that those in the so-called incel movement, which came to the fore after the Toronto van attack in April, are inspired by his ideas] – does it strike you as responsible, to put into the world a portrait of him without actually illuminating [or interrogating] his ideas?

I do think it’s responsible. [The film shows] the period that launched him into becoming a household name, and a lot of people don’t have the details straight of how that happened. I think one of the things documentary does best is share human stories, and I think this is a perspective that we haven’t seen. For people that are curious to go deeper, they can go and dig into that information outside of it. The longer version will have a bit more depth and dig a bit more into those ideas. The 45 minutes was really, really, really challenging to this story.

Well, the film was commissioned by the CBC, so that was our time slot. Unfortunately, those were the constraints that we had.

Editor’s note: Editor’s note (Nov. 6, 2018): Square brackets have been added to a question in this article to define what was asked of the subject, and what additional context has been added for readers. 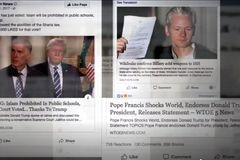 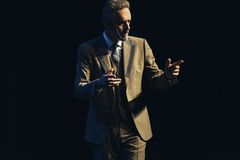