Personally, I think Justin Trudeau should step up and sort it out, this controversy.

We all know he’s busy, with the vaccination rollout, the economy and the China issue, not to mention a bunch of ninnies on Twitter accusing him of treason. But it would only take a minute for the PM to announce whether he thinks The Queen’s Gambit or The Crown is the defining show of the year.

It’s getting out of hand, this disputation. One recent Friday I was at the local variety store, paying for the lottery tickets and chocolate bars – hey, it’s the weekend, a person can dream and indulge – when the young woman behind the counter says, “You’re the guy who writes for the newspaper, right?” I looked around, thinking she might be talking to Globe and Mail columnist Cathal Kelly, who lives down the street and cuts a distinctive figure. No sign of him.

Now me, I was understandably taken aback, because I was wearing a facemask, a toque and a parka. My own mother wouldn’t recognize me. I acknowledged to the young woman that I was “that guy.” As she gave me the change she said, “You were right about The Queen’s Gambit.”

That same evening, I was in receipt of a note from a person in the theatre and TV businesses whose opinion I highly respect. Didn’t care for The Queen’s Gambit at all. “Disappointed,” was the upshot.

Meanwhile on the subject of The Crown, people write to me all the time. Oh, they love it but have questions about why this or that nugget of history isn’t included. Talk about taking it super-seriously. Me, I see The Crown as Downton Abbey with a bigger budget and better actors to play the toffs. Yet an important literary man I know, a proud Scot, wrote to tell me, “I find myself looking forward to the next episode of The Crown, which will show and tell me more about the saintly Princess Diana. In real life I wouldn’t have crossed the street to see her, but the lockdown plus the power of expensive narrative TV has hooked me.” A proud Scot, no less.

It is being said a lot, especially in the newspapers, that COVID-19 has revealed a lot of truths about our world. This is true. Apart from highlighting inequalities it has been an engine of unrest in multiple areas of life. All manner of arguments ensue. In Britain they’ve been arguing about Brexit for years but now it’s down to the matter of Prime Minister Boris Johnson being a strong, shrewd negotiator, or like a small boy throwing his toys at people in the European Union to get their attention.

And it’s possible that in the United States people are sitting around the fireplace arguing in strong terms about which of Taylor Swift’s two lockdown albums is the best. As a Canadian I have no opinion on this but I will say I admire the Aran sweater – “geansai” to me – that she wears on the cover of Folklore. If the Aran geansai trend spreads to Canada I will feel even more at home than usual.

It is received wisdom that we are mild-mannered here. No ructions, just reasoned argument and debate. The TV ratings indicate we watch the evening news in great number, in quiet contemplation of the world, and we like medical dramas. But that’s not the whole story. Supporters of The Crown are angry. Some suggest outright that the Queen is the most interesting person in the world – she’s on our money – and if The Crown isn’t the top show of the year, then the list is a fraud. You’d think some of them were pundits on Fox News talking about the recent U.S. election.

Still, supporters of The Queen’s Gambit merely purr at the excellence of it and the verve of the style in Beth’s ensemble, scene after scene. Possibly you could argue the series has a Canadian kind of worldview. There’s no violence, sexual or otherwise, and where you expect hate and resentment from Beth’s male peers, instead there is a sense of community in supporting her. And the ending twists the expected trope of triumphant sports victory toward something else – pure collective, convivial enjoyment of the game. Très Canadian.

You’ll see why bitterness abounds in the argument about which show is tops. It’s all about two Canadian impulses fighting with each other. The PM needs to step in, and perhaps he can do that in one of his year-end TV interviews. The country is crying out for it.

Opinion
A great, magically musical weekend on TV, with the Bee Gees and others
Subscriber content
December 11, 2020 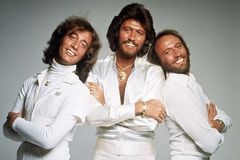 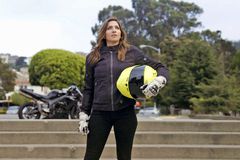 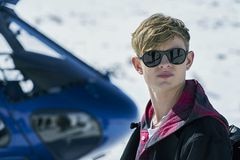