After spending a week acutely aware of U.S. politics and all the tensions involved, a good bet might be turning our eyes to a familiar Canadian icon and what is a feel-good story for many. Also, taking a little break to watch a very droll new American cable comedy that presents wannabe astronauts as incompetent but lovable idiots.

Rebellion, a one-hour special, kicks off the 60th season of CBC’s The Nature of Things (CBC Gem after it airs Friday, CBC 9 p.m.). Made by CBC veteran Mark Starowicz with Caitlin Starowicz, it features David Suzuki going to “the front lines of the climate rebellion.” Essentially, it’s a good and vivid portrait and chronicle of that rebellion, which seemed to appear out of nowhere in 2018. In it, Suzuki interviews David Attenborough, who declared that the collapse of civilization and the natural world was on the horizon, at a UN climate-change summit in Poland in December of 2018. “I’ve been saying that for 20 years and nobody paid a blind bit of notice,” Attenborough says ruefully.

The difference in late 2018 was that a youth-led movement had already been mobilized and was taking climate protests to the streets in cities around the world. A driving force behind all that was the figure of Greta Thunberg, a teenager in Sweden who became a force by simply conducting a one-person protest in Sweden and capturing the media and the public’s imagination with her plainly stated aims and coolly delivered anger. In Britain, the grassroots group Extinction Rebellion, which holds Thunberg as an inspiration, held a massive peaceful protest in October of 2018, and made its “Declaration of Rebellion.” In the United States and other countries, there is almost a tectonic shift. Here, Suzuki also tackles the matter of climate action in India, and covers Bhavreen Kandhari and her “army of children” who protest. As Kandhari points out, in India, it’s pointless to block roads in protest, because they’re blocked already by too much traffic. So the protests must be different.

Rebellion is described in press material as “action-filled” and exciting. What that really means is footage of mass demonstrations, acts of protest and the sense that young people across the world have been ignited into action. Suzuki is, of course, well pleased. It’s a heartwarming program, fascinating as the chronicle of the seemingly instant rise of mass energy and passion on one issue. It’s feel-good in that specific way and if you are anticipating any criticism of the movement and its goals, you won’t find it here.

Moonbase 8 (Sunday, 9 p.m. Crave) is a new Showtime comedy that at first glance looks like just another in a strange batch of space-related series this year. There has been Avenue 5 on HBO, Space Force on Netflix and Netflix’s Away, among others. This is, however, different. It’s a gem of a small-scale comedy that isn’t really about space at all. It’s a daft workplace comedy about three guys stuck in the desert in Arizona in preparation for a possible trip to the moon and starting a community there.

Created and written by Fred Armisen, Tim Heidecker, Jonathan Krisel and John C. Reilly, three of whom star in the series, it’s so low-key and goofy that it could be about three guys stuck in any place at any time, whose tics and neuroses emerge as they try to get along. Skip (Armisen) is the earnest one, Rook (Heidecker) is supposed to be the clever one, Cap (Reilly) is just some gruff guy trying to escape his past. It’s three guys who take everything way too seriously but all are, essentially, fools. One of them isn’t even quite sure what “NASA” means. The humour is gently satirical and almost soothing. It’s a lovely, distracting slice of whimsy.

The Rock & Roll Hall of Fame 2020 Induction Ceremony (Saturday, 8 p.m. HBO) is pre-taped this year. The induction class includes Depeche Mode, the Doobie Brothers, Whitney Houston, Nine Inch Nails, the Notorious B.I.G. and T. Rex, and the Ahmet Ertegun Award honorees are Jon Landau and Irving Azoff. Nice to see T. Rex on that list and some honour to the late Marc Bolan for his work.

In My Blood It Runs (Sunday, PBS, 10 p.m. on POV) is a gorgeously made and powerful Australian documentary about one boy, Dujuan Turner, a 10-year-old Aboriginal healer in a small bush community near Alice Springs. He’s formidably bright, speaks several languages and yet is failing terribly in the local education system. Or is the system failing him? The doc – highly praised and award-winning on the film circuit – is luminous and oddly structured. It’s very much an observational piece made with Dujuan and his family’s co-operation. Filmmaker Maya Newell pulls off something amazing – this is not just her perspective, the outsider’s view of a First Nations figure and his family; it’s their view of the world presented through her. A visually stunning and profoundly moving program. 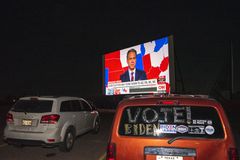 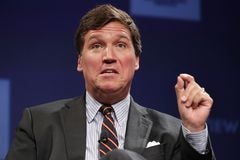 Eddie Hassell, known for role in The Kids Are All Right, reportedly dies after being shot in Texas
November 2, 2020 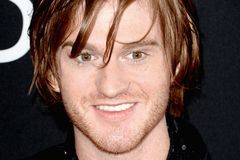