Later this year CNN will finally air its original documentary series The Story of Late Night. It was supposed to air last spring but the pandemic and tumultuous months in U.S. politics pushed it back. It will examine the history of the late-night chat show genre, a uniquely American entertainment template. There is a lot of history and drama to cover but one aspect of the saga of late night needs to be highlighted in historical and contemporary terms – the maleness of it all.

The recent mini-documentary Framing Britney Spears, which remains unavailable in Canada, has generated much hand-wringing about how Spears was treated when she had mental-health issues. By the media in general and by late-night TV. One element of that re-examination has been the resurfacing of an appearance by Lindsay Lohan on David Letterman’s show in 2013. (You can find it online easily.) Millions have now watched what is sickening viewing. Lohan, then aged 26, was there to promote a movie. Letterman ignored that and insisted on questioning her about addiction issues and rehab. Watch it and you see a very uncomfortable Lohan acknowledge that she will soon be going back to rehab.

Letterman presses on, making a joke of the situation. He goads the actress and aims to get the studio audience to laugh. “How will this time be different?” he asks, smirking. “What are they rehabbing, first of all? What is on their list? What are they gonna work on when you walk through the door?” Eventually, Lohan, more in pleading than anger, says, “You can’t make a joke of it.” Still, Letterman goes on, looking for humour.

That was just eight years ago and around the period when late-night TV finally came under the microscope for the lack of women writers and other staff. Basically, there weren’t any, and it showed.

The situation has not improved a lot. At the end of 2019, women writers represented 25 per cent of the writing staff across the late-night shows. The exception is Full Frontal with Samantha Bee, which is weekly and has 45 per cent women staff. The arena presents a puzzling picture. Both The Late Late Show with James Corden on CBS and Jimmy Kimmel Live! on ABC have female co-head writers, and NBC’s The Tonight Show Starring Jimmy Fallon has a female head writer, but these women lead mostly male teams.

The continuing weirdness of the arena was brought home to me the other night. On The Daily Show, Trevor Noah was having sport, post-impeachment vote, with Donald Trump’s ability to get out of trouble. “Trying to hold Trump accountable for his crimes is like trying to kill a fruit fly,” he joked. The joke made the rounds online, but the kicker was never mentioned. Noah continued the theme, suggesting a fruit fly can’t be caught and is “already halfway across the room sitting on your girlfriend’s boob.” Hello? Last time I checked The Daily Show has 19 writers and two of them are women. To nobody’s surprise.

As so often, it’s the exception that proves the rule. The year that Letterman was being very cruel to Lindsay Lohan, NBC announced that Seth Meyers would take over from Jimmy Fallon on Late Night. Meyers hired Amber Ruffin as one of his writers and eventually one of the show’s signature and best segments was Jokes Seth Can’t Tell, in which Ruffin and fellow staff writer Jenny Hagel used material that only they – one as a Black woman and the other a lesbian – could tell. Ruffin now has her own weekly show on NBC’s streaming service Peacock and Hagel is the head writer. It is not, regrettably, available in Canada, but you can find clips on YouTube. Ruffin’s show represents huge progress.

And then there’s the matter of Canadian Lilly Singh who took her YouTube fame to NBC and the show A Little Late with Lilly Singh, airing weeknights at 1:35 a.m. It would be great to report that Singh is doing tremendous work but that’s not the case: Singh is 32 years old and acts like she’s 12. She uses words like “bang,” “dope” and “sick” constantly, to sound young and hip, and the show is insufferably juvenile.

Right now, there are 15 shows that fit into the late-night category. Three of them have less than 20 per cent women writing staff. All of them could do with a shakeup, and the content and tone need to fit in the contours of the age in which the shows exist. If the field doesn’t change, it doesn’t deserve to survive. That’s the story of late night. 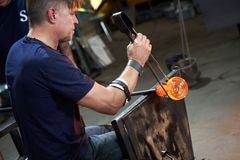 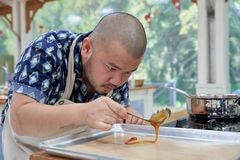 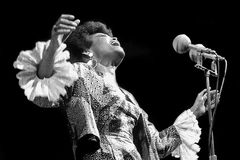