Sitcom actors – especially beloved sitcom actors who spend a decade developing one character, on one show – tend to have a tough go once the television network decides to call it a day. For every Steve Carell or Robin Williams, there are countless more who never escaped the shadows of their small-screen personas. Count Jim Parsons as one trying to gamely fight the odds.

This week, the Big Bang Theory star is aiming to shed the uber-nerdy Sheldon Cooper image he spent 12 seasons cultivating on the CBS hit, and get down and dirty in Hollywood, writer Ryan Murphy’s latest taboo-busting project for Netflix. The new series arrives like a more politically inclusive answer to Quentin Tarantino’s Once Upon a Time ... in Hollywood, with Murphy and a cast of regular collaborators – including Darren Criss, Patti LuPone and Dylan McDermott – present an revisionist history of how Hollywood might have operated immediately after the Second World War.

Parsons, who worked with Murphy on the HBO movie The Normal Heart and the forthcoming Netflix adaptation of the stage play Boys in the Band, takes on the role here of Henry Wilson, a real-life talent agent who specialized in beefcake stars. In morals and manner and physical appearance, he is the opposite of everything you might associate with Sheldon.

Ahead of Hollywood’s premiere this Friday, Parsons took time out of his busy pandemic lifestyle (“Well, I was so busy going to concerts and running errands, I could barely fit this in”) to talk with The Globe and Mail’s Barry Hertz about history, Hollywood and escaping Sheldon’s one-liners.

When you first signed onto this, what kind of conversations did you have with Ryan about where Henry might go over the series? His arc in unexpected, to say the least.

To be honest, I agreed to do this before I knew anything about Henry. Ryan approached me at a time in my life and career where I had honestly no idea what was next or what I wanted to do. It was only a few months after Big Bang had ended. I’m not going to tell you what I was looking for, because I didn’t know. I thought I’d know it when I saw it. And then Ryan came along, and that’s all I needed to know. I love the people he surrounds himself with and the kinds of projects that he does. It always feels very right, like a part of my artistic family.

So you didn’t know much about Henry’s history at all, like his relationship with Rock Hudson?

It was sort of a gift to not know who Henry was, because the research and scripts that I read came then from an outsider’s point of view [where I didn’t consider the character before taking the part]. Then it was all about reading through the filter of “I have to play this man, I have to play this human.” I think some of the more outlandish and darker things about him would’ve been maybe easier to generalize and lump into the category of “Evil Hollywood Man.” I was thankfully never given that opportunity, because it was always a question for me of how I would portray this person.

And Ryan never had a direct vision of the man beforehand, or how he wanted you to play toward his villainy ... ?

I’m sure he did, but he didn’t share it specifically, like, “I want him to look this way or act this way.” I don’t have a lot of opportunities to play not just real people, but people who require hair and makeup to massage the look. That work dictated a lot of it – I was in the makeup chair for a couple of hours every day, and I found that process transformative. I don’t look completely unlike myself on the show, but enough so that when I looked in the mirror, it gave me a real freedom in the separation that I felt. You’re always doing this as an actor, but I felt full-throttle permission to say these things and do these things.

So Henry is obviously not you, and he’s not Sheldon. How conscious were you to take on a complete departure from the career you already spent more than a decade working on?

None in the intent, but perhaps it was for Ryan. He’s got a real way of seeing a possibility in performers; he knows they can do things that they’ve never thought of. He gets a real tickle doing exactly that, which is showing people in a light you’ve never seen before.

The conceit here of the show presenting an alternate lens on history, there must be something enticing about given the opportunity to imagine things unfolding in a different, more inclusive way.

Henry actually goes through a significant change here, and it drove home the point to me of why it's so powerful to watch history revised like this. It's the lesson continuing of how any time in history, you have to stand up for what's right in your eyes, and no matter how small in your world the change might seem to be, it will have ramifications going beyond anything you could've imagined.

Hollywood is available to stream on Netflix. 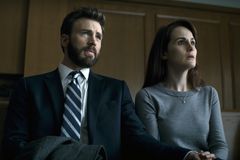 Opinion
Circus of Books and 9/11 Kids: Two great stories of growing up in strange circumstances in the U.S.
April 23, 2020 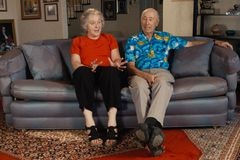 Opinion
No sex, no sin: Why Netflix’s repulsive Too Hot to Handle is an icky hit
April 21, 2020