Let us now put aside the tyranny of toxic political chatter, let us now turn away from our anxieties. It’s a long weekend. Let’s seek out what we need as distraction – invigoratingly saucy, high-grade trash TV.

Why Women Kill (Sunday, W network, 9 p.m.) fits the bill. Created by Marc Cherry (who created Desperate Housewives), the series, which is not lacking in satiric substance, tracks three stories in three different time periods. Under the carefully ladled froth, each story is about what happens when a woman has totally had enough. And from the start you’re not sure who is going to get killed.

All three stories are set in achingly pleasant Pasadena, Calif. In 1963, Beth Ann (Ginnifer Goodwin) is a self-effacing, loyal housewife who discovers that her husband is cheating on her with a waitress at a diner. In 1984, Simone (Lucy Liu, who eats scenery with joyous relish) is a well-off gallery owner and socialite who lives as though she’s in an episode of Dynasty. She’s angry when she finds out her most recent husband, Karl (Jack Davenport), is gay and has been cheating on her. Then, in contemporary times, lawyer Taylor (Kirby Howell-Baptiste) is in a lather after she brings home a lesbian hookup, Jade (Alexandra Daddario), and her husband (Reid Scott from Veep) becomes intensely interested in the new arrival.

Who does the killing and who are the victims? You have to watch carefully to anticipate the answers. The stories are connected thematically, not literally.

Got that? The series – made for CBS All-Access – is loopy but level-headed in its astute treatment of women who appear to be caricatures, but are not. Desperate Housewives was undervalued for its humane satiric punch and some of that punch is here. Particularly so in the treatment of Beth Ann, whose response to her husband’s antics is unlike the other wives. It’s all bonkers, at times brilliant and recommended.

Dirty John: The Betty Broderick Story (Netflix) is not ultra-new – it has been streaming since June – but it is thematically linked to Why Women Kill. Uncannily so. This is a true-crime drama, not fiction, as the series dramatizes with murky intensity the true story of how Betty (Amanda Peet), took revenge on her husband Daniel Broderick (Christian Slater), a doctor who became a rich and successful malpractice lawyer. At first Betty is painted as an impossibly angry, disturbed woman but, slowly, her long devotion and sacrifice for her husband becomes an important thread. Eventually the drama is a tragedy about a woman tied to expectations and to a husband who blithely severed ties with her. Given what is revealed about her devotion it’s no wonder that she seems unhinged in disbelief at the start.

Away (new on Netflix from Friday) is about the first mission to Mars. Hilary Swank plays Emma Green, the American astronaut in command of the space ship Atlas. Her name is as bland as the drama and on the evidence that this column has seen, there is little in the way of outright action or conflict. In fact, there’s more nuanced pity-and-terror in Star Trek: Picard. Mainly it seems to be about the Mars-bound ship as a workplace drama, with smart articulate people as its focus. Visually sumptuous and competent it doesn’t have a gripping centre, or an elevating theme, certainly at its opening.

9/11 Kids (Sunday, documentary channel 9 p.m.) aired earlier this year, part of the Hot Docs at Home program on CBC. Directed by Elizabeth St. Philip, whose day job is at CTV News, it’s a look at the lives of the children, now in their mid-20s, who were in the classroom in Sarasota, Fla., listening to then-president George W. Bush read a children’s book, when someone stepped up and told him that the 9/11 terrorist attack was under way. It’s a scene seared into the minds of a generation: Bush startled and baffled, looking terribly unsure.

Deftly, through interviews with those kids, it becomes a powerful portrait of the United States in the years that followed. The portrait is anchored in the experiences of these children as they grew up poor in a place full of riches, and while the world changed that day, for many of them their lives were already set on a path that couldn’t be changed. 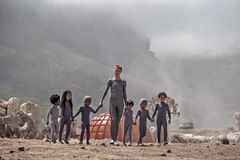 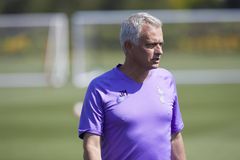 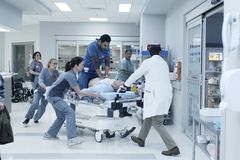