Well, there’s no use looking at me. I can’t make Doug Ford and Jason Kenney see sense. I can’t make the movie theatres reopen and the new James Bond movie magically appear. I can’t explain why, when Ontario hospitals are facing an apocalyptic scenario, people take to social media to be furious that they can’t buy a phone charger at Dollarama. Listen, I can’t even make my cat Rita finish her supper, the one I made as a special treat for her.

What I can offer is a choice of distractions from the ceaselessly confusing conditions we live under. The choice is between the sour, overcooked story of a serial killer, and a long blissful trip through the Niagara region of Ontario. Since I’ve seen both, they will be described here, but you make your own decision.

The Serpent (streams on Netflix) has been recommended to me by viewers who have found it fascinating escapism. It’s an eight-hour drama based on the real case of Charles Sobhraj (Tahar Rahim), who became internationally notorious in the 1970s. A cunning sociopath, he killed many people but the exact number is unclear. That’s because Sobhraj’s killing field was the so-called “hippy trail” through those Asian countries where young Europeans went for adventure, drugs and other mind-expanding experiences. In that pre-internet period, record-keeping was primitive and, besides, it was assumed that some hippies died of drug overdoses in remote places.

Sobhraj and his girlfriend, Canadian Marie-Andrée Leclerc (Jenna Coleman), operated mainly in India, Malaysia and Thailand. He presented himself as a dealer in gems, befriended young tourists and murdered them for their money. More con man than seducer, he sometimes drugged his victims and then disappeared. He also killed several women whose bodies were found floating near a beach, which led him to be called “The Bikini Killer” by the tabloid press of the time. His undoing was a Dutch diplomat who became unswerving in his investigation after the parents of a missing Dutch couple wrote to him.

All of this plays out in The Serpent in an ungainly manner. It’s a slow-burner, with endlessly shifting time periods and yet throwing little light on either Sobhraj or Leclerc. It is also directed with a crippling lack of consistency. Some cast members overact wildly while the tone surrounding the two main figures is meant to be sinister-subdued. Further, after several episodes, the tension is drained out of the drama. We know going in that Sobhraj was eventually caught and we are meant to be intrigued by his unfortunate victims, but there is little depth in so many of the characters. The real story of Sobhraj and Leclerc is far more sordid than what’s depicted here, but the gloss put on the confusing narrative is probably why the series is a hit on Netflix – it’s a muddled horror story told at a distance from its material, but more by ineptitude than skill.

Tripping the Niagara comes from TVOntario (streams on TVO.org and TVOntario’s YouTube channel) and is a very different type of distraction. At almost three hours long, without talk or voiceover narration, it’s a majestic, from-the-air journey around the Niagara region. What you get are glorious vistas, birds chirping and cicadas buzzing. On screen the history of the region is offered in a series of pithy notes. You’re looking at drone footage, naturally, but in a remarkable piece of filmmaking the production follows one central character through the air – a red-winged raptor. The bird is a true star, compelling throughout.

And what’s even more remarkable is how the point-of-view comes closer to the ground, slowly and elegantly, at Niagara-on-the-Lake, and becomes a black-and-white picture of the town in the distant past. There are times when the production – produced by Mitch Azaria and directed by John Morrison – is breathtaking. But best of all it is both engaging as a nature and history lesson, and spellbinding as escapism. And the roughest the going gets is this – the sound of an engine revving in the distance or a tractor rumbling across the green fields. While Ontario currently reels in the ongoing pandemic conditions, Tripping the Niagara is the ideal, trippy, soothing experience.

True, The Serpent is the No. 1 choice of Netflix Canada customers right now and that’s fine – the nightmarish quality of it means that watching it is like a covenant with the grim world outside. But the world outside isn’t entirely grim; it has joys and wonders to relish. Your choice. There’s no use looking at me. 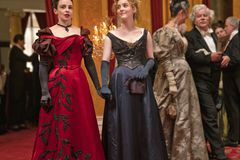 Opinion
Worn Stories reminds us our clothes define who we are, and that style will return
Subscriber content
April 7, 2021 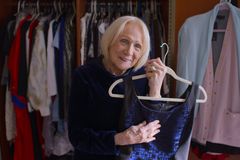 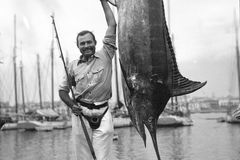