Despite the enduring popularity of athletic narratives, not much has filled the Friday Night Lights-sized hole in our hearts since the NBC series went off the air in 2011. Following the dreams, dramas and desires of current and former players is an easy opportunity for addictive television, and it's shocking a showrunner hasn't monopolized on our collective love of the game more often. Entourage creators Mark Wahlberg, Rob Weiss and Stephen Levinson have decided to bank on exactly that, developing HBO's new 30-minute football offering, Ballers.

Ballers is rife with potential beyond its well-loved football subject matter. The comedy makes the wise decision of casting the charismatic Dwayne (The Rock) Johnson in his first television role, which turns out to be a more nuanced and understated offering than his usual action movie persona. It's easy to speculate that Johnson made the jump to TV to show off his range – and to avoid the fate of not being taken seriously as an actor. And Johnson is indeed a great fit as Spencer Strasmore, a retired NFL player who has moved on to an ill-fitting career in wealth management. The character is proving his credibility off the field, much like Johnson is proving his credibility beyond car chases, orchestrated fights and blowing stuff up.

With a growing roster of rising-star clients, Strasmore's an impeccably dressed hulk of a man who is certainly charming to watch. His acumen for business is largely the result of his kind, big-brother tone with the bad decision makers who consume his life. Newly hired by Joe (Rob Corddry) for his unique pro ball access to millionaire contacts, Strasmore is monetizing his friendships, meaning there's an obvious possibility for fallout. Over drinks at high-end venues, Strasmore works damage control the best he can, convincing star players to sign multimillion-dollar contracts, lease instead of buy their cars and to try to avoid having sex with women in nightclub bathrooms. "You know I'd do anything for you, right?" he tells them, balancing brotherly love with his need to get paid. (His empty bank account is a reoccurring flick at his desperation.) While he fumbles through managing the immature impulses of his charges, he chomps painkillers, visits a neurologist and denies his concussions are an enduring problem.

The trappings of moneyed athletic fame provide the ingredients for good storytelling, as does Strasmore's struggle with the physical and emotional aftermath of a career in football. Yet while Ballers has all of the necessary fodder for compelling television, it falls flat. It fails to plunge the depths of what it hinges upon, looking more like a champagne-drenched music video than quality television. Hordes of voiceless women in bikinis accessorize its male stars, with nary a responsible adult in sight. It becomes apparent that Ballers intends to get its (very few) laughs from the outdated and offensive idea that "boys will be boys," each indulging in a parade of irresponsible spending, sex and revelry. The bulk of the show's women are "cleat chasers," flashing panties at funerals, spontaneously removing their tops at parties and generally throwing themselves at any sports man willing.

While the show objectifies its women, it's most offensive to men, painting them as mindless conduits of unchecked rage and lust, lacking any of the intricacy necessary for viewers to care about them. Even the show's most endearing character, Charles Greane (portrayed thoughtfully by Omar Benson Miller) falls prey to the show's lazy writing. A retired player struggling to find his next steps, Greane is initially a sensitive husband and generous friend, only to be tempted away from his solid, supportive wife (Jazmyn Simon) by a few random postyacht party sexts from a virtual stranger. Superstar Rickey Jarret (John David Washington), meanwhile, evolves as little more than a temperamental screw-up, dumped from the Green Bay Packers after getting into a Twitter-trending fistfight, and then facing further problems with the Miami Dolphins after sleeping with a teammate's mother. He's gifted with the complexity of being a religious man, but that note is never fleshed out in a convincing way.

It's as if Ballers' creators cut out depth and character development and instead relied on the tacky allure of exposed breasts, fast cars and lavish lifestyles to get the job done. Even Corddry's comedic gifts are wasted, his character coming across as a sloppy man-boy. The only glimmer of promise beyond Strasmore is his occasional love interest, Stephanie Michaels (Taylor Cole), an ESPN sideline reporter who brings some thoughtful, grown-up energy to the otherwise juvenile show. Sadly the pair's burgeoning dynamic is not enough to save what ultimately comes across as nothing more than a lesser Entourage – not surprising given Ballers' pedigree.

It's unclear what made HBO think an Entourage 2.0 was necessary, but here we are, watching well-worn bros-will-be-bros content all over again. This wouldn't be so much of a problem if Ballers could somehow worm its way into the category of guilty-pleasure watching, but it's not even entertaining enough to accomplish that. The show is the stuff of boring lad mag fantasy – a return to a tired men-behaving-badly concept that's better left in the past. Television has certainly matured over the years, and the shallow storyline of grown men running after much younger scantily clad women, burning their piles of money on booze, drugs and shiny things, just hasn't evolved with it. It's a shame that the wealth of Ballers' obvious potential is wasted, much like a delusional teenage boy who refused to grow up.

True Detective’s problem with true women in the spotlight
June 21, 2015 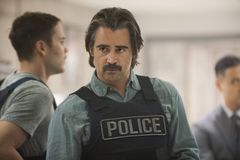 Orange Is the New Black: The solitary show that gets women right
June 12, 2015 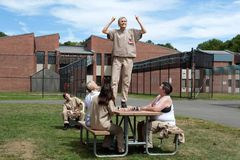 Before Hannibal returns for a third season, there is a lot to digest
May 29, 2015 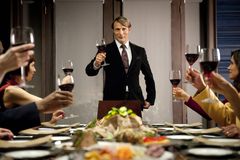