The outlet was removed from the list of 398 sites approved for online federal advertising "after the Government of Canada determined that the content of Breitbart.com did not align with the Government's Code of Value and Ethics," according to a spokesperson with Public Services and Procurement Canada (PSPC), which oversees media buying for the federal government.

"The Government of Canada does not support advertising on websites that are deemed to incite racial hatred, discrimination or the subversion of Canada's democratic system of government."

Bannon has described Breitbart as "a platform for the alt-right," using a term that is commonly equated with racism, fascism and white supremacy. The site frequently traffics in anti-Muslim and anti-immigrant rhetoric, and is a breeding ground for malignant reader comments.

At least two Breitbart staff have followed Bannon to the White House.

The government says it put Breitbart on a blacklist in December, apparently after The Globe and Mail reported that ads for the Canadian Radio-television and Telecommunications Commission had appeared on the site.

But the ban was seemingly not put into effect until The Globe inquired on Wednesday about why government ads had shown up recently on Breitbart.

And the list of approved sites for government ads still includes a number of other fringe outlets which have been criticized for fomenting hatred and conspiracy theories such as the racist "birther" movement championed by Trump.

A Jan. 11 screenshot of Breitbart.com – which showed two ads asking Canadians "What do you think of Canada's democracy? Have your say" – was sent to The Globe by a Toronto member of Sleeping Giants, a global campaign that aims to starve Breitbart of revenue by shaming companies and organizations into pulling their ads from the site. "While I have no objection to the Canadian government advertising on sites that publish content I disagree with, I think Breitbart is simply a reach too far," said the Sleeping Giants member. The Globe is withholding his name because he fears retribution for participating in the campaign.

On Monday, Sleeping Giants released a list of more than 800 advertisers around the world it says have pledged to stop advertising on Breitbart. The Globe has found a number of other Canadian organizations that have also agreed to pull their ads.

Breitbart declined to comment to The Globe and Mail.

The ads find their way to Breitbart and other sites through so-called programmatic advertising, an automated process used by marketers to target online readers possessing specific demographic characteristics. (AppNexus, a major programmatic ad exchange, banned Breitbart from its network in November after it says an audit found "hate speech" on the site.) Marketers are often unaware their ads are appearing on controversial sites until notified by Internet users. While they do not usually pay for the placement unless a user clicks on an ad, cautious marketers are often skittish about their brand appearing adjacent to content they consider troublesome.

On Wednesday afternoon, a spokesperson for Public Services and Procurement Canada said the electoral reform ad had shown up because "the manual filter requested was not applied in a timely manner." He added: "The error is being corrected," implying that Breitbart had not yet been added to the effective blacklist until The Globe's query.

Ads for Kellie Leitch, the Conservative Party of Canada leadership candidate who has called for prospective immigrants to be screened for "Canadian values," have also appeared on Breitbart.

At least three federal departments placed ads on the site through the automated Google Display Network before the government put Breitbart on its blacklist, according to PSPC. Those include the CRTC, Statistics Canada (promoting the 2016 census) and Employment and Social Development Canada.

But Breitbart was not the only controversial outlet on the government's whitelist of approved sites, which was compiled by Cossette Communication Inc., the federal government's media-buying agency of record, and provided to The Globe by PSPC.

In a recent article about the growing power of alt-right media, BuzzFeed noted Gateway Pundit "made a name for itself during the election with headlines like BREAKING: 71 Per Cent Of Doctors Say Hillary Health Concerns Serious, Possibly Disqualifying! (she had pneumonia), and served as an engine for rumors of Hillary Clinton's poor health during her presidential campaign."

WND.com (World Net Daily) was a leading voice of the birther movement, and its WND Books division published a book promoting the conspiracy. On Monday afternoon, the site's lead story suggested the airport protests which erupted over the weekend in response to Trump's ban on citizens of seven Muslim-majority countries was "just the start of 'chaos' planned by Muslim Brotherhood." The article was by Leo Hohmann, whose new book, published by WND Books, is titled Stealth Invasion: Muslim Conquest Through Immigration and Resettlement Jihad. On Tuesday, a leading WND writer decamped to InfoWars, another fringe site which traffics in conspiracy theories.

And last week, as the White House floated the idea that it might endorse a major investigation into the discredited contention of widespread voting fraud in the United States, the front page of Newsmax carried the headline: Expert: Up To 2.8M Non-Citizens Voted In 2008. 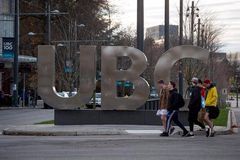 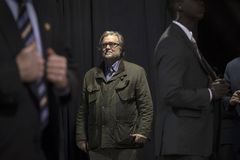 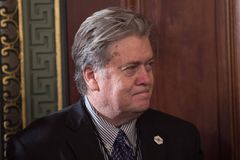