It's an old idea but usually a promising one – a down-on-his-luck boxer sets out on the comeback trail.

That's the gist of Little Dog (starts Thursday, 9 p.m. on CBC with two episodes) and it has a clean, raw vivacity, made even more enjoyable by a large injection of rough Newfoundland humour. This is very much a rollicking, bawdy Newfoundland drama-comedy made with characteristic vigour and equally characteristic absurdity. It is, in the context of a wave of bland mid-season TV, a breath of fresh air.

It is principally the work of Joel Thomas Hynes, who wears a lot of hats – novelist, actor, screenwriter, singer-songwriter. Here, in a series he created and co-produced, he's boxer Tommy (Little Dog) Ross. When we meet him he's stumbling out of fight, just waking away from it all. There's something going on with his girlfriend and family. And whatever it is, Tommy decides groggily to just quit, mid-fight.

Five years later, Tommy is mostly drunk and living in a trailer. One night outside a bar he's hassled by some hosers and throws a few expert punches. No big deal, but the scene is captured by a kid with a cellphone, the fight goes viral and Tommy is back in the news. He's also back living with his persistently cranky, squabbling family. The sort of family that's familiar from Hatching, Matching and Dispatching or from a vast reservoir of Newfoundland writing.

His mom Sylvia (Irish actress Ger Ryan) mainly has her nose in the air and pines for the singing career she never really had. Her main task in life is to make Tommy feel like a loser, and it's a task that equally occupies his brother, Lowly (Stephen Oates). His sister Ginny (Katharine Isabelle) is an acid-tongued conniver on the make, using Tommy to upgrade her own career, which seems to involve running "seminara" in which she convinces people to shout at each other.

Stuff happens, involving kids, dogs and the media, the latter apparently consisting of one brassy, brazen radio personality, Big Tammy (Shauna MacDonald going at it with gusto), who goads Tommy into making a comeback. For charity, that is. But the guy who was fighting Tommy when he quit, one Rico "Havoc" St. George (Dwain Murphy) is definitely up for a rematch and revenge. Everybody gets carried away and there's Tommy, trying to get on welfare to keep body and soul together and, in the time-honoured tradition, tilting at windmills. Meanwhile, his dad is in jail, saying things like, "Holy Christ on a cracker!'"

The usual warning appears on-screen before and during the show: "The following program contains coarse language, violence and mature subject matter. Viewer discretion is advised." In this instance, with Hynes fast-talking the warnings, it's absolutely accurate. There is indeed coarse language and violence and the subject matter is mature, since, under the surface, it's about adult matters such as self-esteem, rage, and the dissatisfaction and emptiness that some men feel as they age.

What makes Little Dog work is two things. First, it's Hynes himself in fine fettle as the central figure, a palooka on a bad-luck streak, a Rocky fighting as much against the sarcastic naysayers of St. John's as he is fighting another palooka in the ring. And, second, the funky exoticism of the locale; the woozy poetry of the insults and the weird logic of the absurd twists and turns that amount to finding humour in suffering. It's a good story, too, as rebound stories about alleged losers tend to be.

This is not your usual mainstream TV comedy, nor is it even the usual Newfoundland humour that ignites it. It's a strange, raucous little series. In the hands of others the shifting tone might be jarring, but here its mixture of half-seriousness and whimsy connects it to recognizable human experience.

Little Dog is more than little fun and highly recommended. 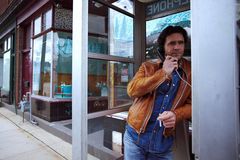 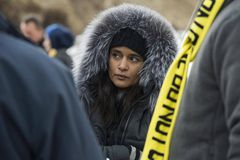 Rebels on Pointe is a sharp story about masculinity and femininity
February 16, 2018 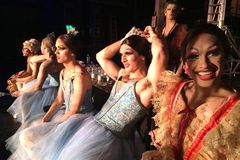