If you'll forgive the pun, you could say Chris Haddock has jumped from being a big fish in a smaller Canadian pond to being a small fish in a giant American ocean, its waves lapping up against a boardwalk.

Four years after a long run producing critically acclaimed television series in Canada ended with the CBC's unceremonious cancellation of Intelligence, Haddock is working on one of the most acclaimed shows on television anywhere, as writer and co-executive producer for Boardwalk Empire. He joined the series for its third season, which begins shooting this week in New York.

Haddock is also enjoying the belated almost frenzied interest in Intelligence, fuelled in part by the creator of another current gigantic TV hit, Breaking Bad. "My hat is off to Chris; he's an excellent writer," said Vince Gilligan during a recent interview from his Los Angeles office.

The move to Boardwalk and New York, where Haddock's now living, is a surprise plot twist for the Vancouverite who was once the poster boy for Canadian TV success. Da Vinci's Inquest ran seven seasons on CBC – and was broadcast in more than 140 countries. Haddock followed it with a sequel, Da Vinci's City Hall, and then with Intelligence.

It has also meant going from being the guy in charge to being one of seven writers in the room, working under show-runner Terence Winter ( The Sopranos). If Haddock, 59, is bothered by this loss of absolute creative control – going from the Nucky Thompson in the writers' room to, say, a Waxey Gordon – he shows no sign of it.

"I don't have an overwhelming need to be the top guy," says Haddock, on the phone from New York. "Since I've come and fit into the room, I've really enjoyed not having all the responsibilities. And it's giving me a real perspective on what I've been doing for the past dozen years as a show-runner too."

Haddock describes himself as a collaborative show-runner, encouraging and supportive of input, but never shy about exercising his authority. Da Vinci star Nicholas Campbell calls him a "benevolent dictator" and "the best boss I ever had."

"He's just a wonderful eye, he's hands on, his scripts speak for themselves, obviously, but it's the on-set presence that he brings and level of quality that he gently insists on which is why I think his shows are so good," says actor John Cassini, who has appeared in several Haddock projects, including Intelligence and Da Vinci. "We all know now how unique he is and I'm really incredibly thrilled that Boardwalk Empire has seen it and invited him to their party, because he deserves to be playing in that field."

For Haddock, working for Boardwalk boss Terence Winter has affirmed his own methods as a show-runner – Winter is being very much about collaboration and letting ideas simmer. Haddock sees his role as being there to support the creator's vision: "I just try to fall in line and learn to really just support what they're doing. Throwing logs on the fire, that's what I'm trying to do."

A couple of weeks after the telephone conversation, Haddock is now speaking in a Vancouver coffee shop. He's home to work in quiet seclusion on a Boardwalk script – a far cry from the Da Vinci days when he would escape to his trailer to write when he could in between rehearsals or shooting or stints in the edit suite.

It's Gilligan – another show-runner – whom Haddock credits with creating a belated buzz for Intelligence – and, by extension, its creator – in Hollywood. These days, Intelligence is everywhere. The online pop-culture bible Slate ran a rapturous piece last summer headlined "The Canadian Wire: What, you haven't watched Intelligence?" If you watch The Wire on Netflix DVDs, you'll get an instant recommendation for Intelligence (which Netflix calls "smartly plotted and smoothly acted").

"It caught a real breeze there," says Haddock. "It was just one of those late-breaking sort of cult things. ... I might have been a little bit ahead of my time there when I was doing it for the CBC."

It's another twist – and some sweet vindication – for a guy who had his show Intelligence abruptly cancelled by the public broadcaster after two seasons, and wasn't even given the courtesy of a phone call about the decision. "Nobody at the CBC had the courage to deliver [the news]to me," Haddock says. "I found out second-hand."

At the time, executive director of programming Kirstine Stewart (now executive vice-president, English services) cited the show's ratings (which averaged between 100,000 and 200,000 viewers in its second season). "We loved Chris's show. ... It was an example of great Canadian storytelling, but in the end you need a certain amount of Canadians watching to justify its presence on the national broadcaster."

In Vancouver without a show to run, Haddock wrote some screenplays and sold the rights for a U.S. version of Intelligence to Fox and John Wells Productions (the rights have since reverted to Haddock). The wild-haired former busker was also happy to have some time off to spend with his family.

And he was available for what turned out to be his next big break: moderating a panel at the 2010 Vancouver International Film Festival industry forum that featured Gilligan and Treme co-creator Eric Overmyer.

Gilligan, it turns out, was a fan of Da Vinci's Inquest, having come across it back home while channel surfing. "I was really struck by the writing and the pacing," Gilligan says. "I thought it just seemed like a more grown-up procedural than I was used to seeing. The characters in it just seemed like real people ... not over-baked and overblown like we sometimes see on American TV."

Gilligan didn't know anything about Intelligence, though. So after that first meeting, Haddock sent Gilligan and Overmyer some DVDs. Gilligan liked Intelligence even more than Da Vinci. "It's just a tremendously written show," Gilligan says. "It's wonderful storytelling, very intricately plotted." He says he mentioned Intelligence to a "bunch of writers" in Los Angeles, and to his own agent, who signed Haddock.

Last September, Haddock met with HBO in L.A. They batted around ideas for new series, but within an hour after the meeting, Haddock got a call: Would he consider working on somebody else's show? "I said it depended on what it was, and they said 'Well it's Boardwalk Empire,' and I said 'Yeah I think I'd probably consider that.'" Haddock says that with a laugh. By the end of the month, Haddock had relocated to Brooklyn Heights, his new apartment a one-stop ferry ride up the East River to the show's offices at Steiner Studios.

Not saddled with the demands of show-running, he has immersed himself in everything 1920s – especially 1923, the year in which the third season is set. Down the hall from the writers' room is a library brimming with information about the period, and Haddock has been reading up on the gangsters who attained a sort of celebrity status, and who come alive on Boardwalk: Al Capone, Lucky Lucciano, Arnold Rothstein and Enoch Johnson, on whom Thompson's character is based.

Haddock has also visited some of their storied spots. He finds it thrilling to see buildings that once housed the Prohibition-era speakeasies, or to find himself on a chunk of sidewalk where one of the show's gangsters met his death. Just don't ask for plot points in the (spoiler alert) post-Jimmy Empire. "We're in a cone of silence," he says.

Despite having landed at one of the hottest shows on television after the unhappy end to his CBC run, there is no gloating. And there is no bitterness.

"I had a very lucky, long, very successful play in Canada, and I have zero complaints," says Haddock. "I was able to work at home and write about the city I knew, and that was a great, lucky, rare – very rare – thing."

He does hope to return, eventually, but he will likely target American cable next time around, instead of Canadian networks.

"I don't miss the 24-hour-a-day demands of show-running," he says. "It's a nice break. But in terms of wanting to get back and really execute some of my own ideas, yes, absolutely, I have that itch." 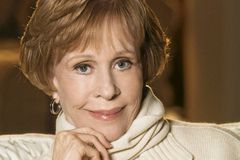 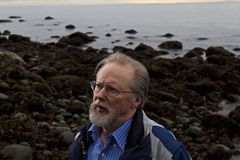 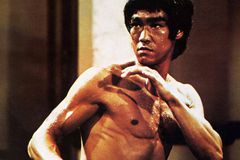 Canada Reads panelist defends her ‘gloves off’ comments
February 7, 2012
Follow Marsha Lederman on Twitter @marshalederman
Report an error Editorial code of conduct
Due to technical reasons, we have temporarily removed commenting from our articles. We hope to have this fixed soon. Thank you for your patience. If you are looking to give feedback on our new site, please send it along to feedback@globeandmail.com. If you want to write a letter to the editor, please forward to letters@globeandmail.com.
Comments