According to Beauty World News, an indispensable guide to the deep thoughts of those who toil in the TV racket, Christina Ricci had "fun" playing a "smart but really troubled murderer."

You can bet she did. She plays a notorious, alleged axe murderer in what is, along with the Grammy Awards, the event of the weekend on TV.

Lizzie Borden Took an Ax (Saturday, Lifetime, 9 p.m.) is an intriguingly offbeat, hallucinatory retelling of the familiar story. The story being that of the 32-year-old Ms. Borden, living in small-town Fall River, Mass., in 1892, and accused of murdering her stepmother and her father with the use of an axe. The trial was the equivalent of the O.J. Simpson trial in her lifetime. Borden was acquitted. But the mystery of what happened and deep suspicions about her guilt have remained ever since.

Mind you, we can only guess at her thoughts. The atmosphere created is stifling and Lizzie lies to everyone. What makes the production especially striking is the contemporary hard rock and blues soundtrack that erupts regularly, not to shock the viewer, but to give suggestion of what's really happening behind Lizzie Borden's inscrutable face. The in-your-face songs are the signals about her tumultuous inner life.

A good portion of the drama unfolds in the courtroom, as lawyers, judges and jury – all men – grapple with the idea that this slight-looking woman whacked her parents to death with the casualness of a woman purchasing a new dress.

Made in Nova Scotia, the drama features many Canadian actors. Stephen McHattie plays Borden's father as an uptight, complicated man, vaguely terrified of his daughter's machinations; Sara Botsford plays her stepmother and Shawn Doyle is the police officer who undertakes the key matter of examining Lizzie's dress for bloodstains after the murder. Even John Dunswurth, famous as Jim Lahey on Trailer Park Boys, turns up as a doctor who administers a lot of morphine to Lizzie.

Directed by veteran Nick Gomez, and written by Stephen Kay and David Coggeshall, what we get here is a trippy, speculative version of the Borden story, one that becomes chilling, right at the end.

Readers of a certain age might recall a much-praised TV movie about Borden from 1975, which starred Elizabeth Montgomery of Bewitched as Borden. Montgomery was outstanding in the role and the movie – made at a time when peopled talked about "women's liberation" – presented Borden as a representative, strong woman trapped in patriarchal society. Memorably, for the time, in the theatrical and European TV versions, Montgomery was naked as she wielded the axe. This version starring Ricci is more elliptical but, yes, you see the surreal fun Ricci is having.

The 56th annual Grammy Awards (Sunday, CBS, City 8 p.m.) remains the most sedate music awards show but is taken more seriously. One gathers, anyway. This year, as usual, the idea is to blend old and new and avoid making the show a kids-only event. Thus, for example, there will be a "special performance" featuring codgers Merle Haggard, Kris Kristofferson and Willie Nelson with non-codger nominee Blake Shelton.

Putin's Games (Sunday CBC NN, 10 p.m. on The Passionate Eye) is a controversial doc that claims to tell the truth about how Russia lobbied for the Sochi Games and how much corruption is involved in building the Sochi Winter Olympic facilities. It's controversial at the highest level in Moscow, that is. The documentary's German producer, Simone Baumann, has claimed that the Kremlin approached her, offering $1-million to buy all rights to the film and ensure it was never screened. It has been screened twice only in Russia, in a Moscow theatre, with heavy police presence. 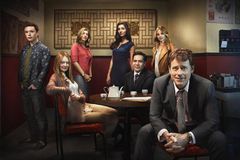 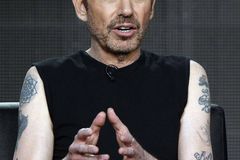 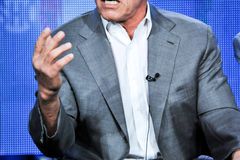