It's just peachy that a year which saw so much chatter, drama and tension about who would occupy the White House, ends with our first glimpse of a new comedy about what happens inside that very house.

U.S. politics have been grist for a lot of TV in recent years – the serious drama Homeland, the brittle satire Veep, the soapy Scandal and the over-the-top comedy-drama Political Animals. And, of course, American politics keep the engines chugging at The Daily Show and The Colbert Report four nights week, most weeks of the year.

Politics in the U.S. are like theatre, ripe for ribald comedy treatment. Life in the White House falls into the same category. In The West Wing, it was treated as all angst and living in great seriousness. But, really, you're never going to stop writers and comics from mocking.

1600 Penn (NBC, City TV, 9:30 p.m.) is a mid-season series that arrives early. It doesn't slide into the official NBC schedule until Jan. 10, but is being given a sneak peek Monday night in the hope that the millions watching the final-performance episode of The Voice (8 p.m.) will stick around to see it. Fair enough. There's not much else that's new right now.

It ain't Homeland or even Veep. It's as goofy as all get-out. We are introduced to President Dale Gilchrist (Bill Pullman) and his demented, rollicking family. Mainly, at the start, we get a lot of funny stories about the president's son Skip (played by the series' co-creator Josh Gad), who lives an Animal House life at the college from which he has failed to graduate on multiple occasions. Looking like John Belushi, Skip (the name given to him by White House security is "Meathead") has a fondness for setting things on fire. Not a talent, a fondness. One mishap leads to another and it's decided he should live at the White House, not the college.

His stepmom Emily (Jenna Elfman) is known to all and sundry as the President's trophy wife. This comes up when she's doing the First Lady thing, talking to little kids at a school. She doesn't take it well and is in the midst of cussin' out a mouthy tyke when the security detail steps in to end a blazing, nasty argument. Then there's Dale's daughter Becca (Charlottetown's Martha MacIsaac). She's the smart one, it seems, a bright and a popular kid. As it happens, she's pregnant (I'm not giving too much away, you can see the plot twist in promos), a matter that must be handled with delicacy in a public announcement, but ends up being a farce that plays out on all-news TV.

1600 Penn is funny at times, and the Skip character is a familiar figure of teenage mayhem, but the best bits tend to be the fun that's had with the actual political work that dad, the president, is obliged to do. Bill Pullman is good at the understated tone – anyone can imagine a U.S. president painfully trying to make nice with a foreign leader he knows is a jerk – but that subtlety is in sharp contrast to the broad, loud comedy that's going on around him.

The series is old-fashioned fun, unsophisticated in its humour, but the affable nature of it is actually a relief. This year saw much cutting comedy about American politics, and as the election drew near there was hysteria that suggested a frightening level of cynicism had set in. Watching The Daily Show or Colbert was something viewers braced for.

Here in 1600, we get a spoof and slapstick farce. It's a family comedy that just happens to be set in the White House and the material gently parodies politics and the press. And for that sense of innocence, it's good fun, gratifying and worth your time.

Canada's Worst Driver (Discovery, 10 p.m.) reaches its season finale. Somebody gets to be the country's designated worst driver for a while. Sometimes fun and sometimes groan-inducing, it offers lessons to all, especially pedestrians: Never assume that people who drive cars actually know what they're doing. 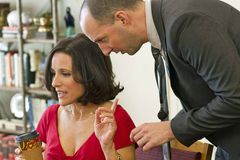 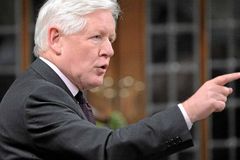 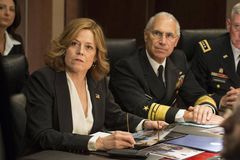