Spoiler alert in the ever-expanding salacious drama that involves former CIA chief David Petraeus, General John Allen, the FBI, the CIA, a firecracker socialite, a popsy, a rogue FBI agent, and a motley crew of others.

Somebody's kid did a bad thing and/or was in danger and thus caused some powerful parental grief, which in turn compelled the parent to act foolishly.

See, our understanding of the nutty scandal comes entirely from TV, because we're all thinking, "you couldn't make up this stuff," and we refer to made-up stuff such as 24, Homeland and similar shows for guidance.

So it is timely to point out that on Homeland, about a bunch of (fictional) military and political types, things have veered wildly in recent weeks. The son of the vice-president and the daughter of congressman (and rogue agent, no less) Nicholas Brody did a very bad thing, endangering careers and missions.

Of course, this reminded everyone of 24. Specifically that season on 24 when Jack Bauer's daughter was menaced not merely by terrorists but by a cougar, while lost in the woods. This caused Jack to do some stupid things.

Another show that was linked to real political shenanigans was the terrific miniseries from earlier this year, Political Animals, with Sigourney Weaver as a Hillary Clinton-like politician. Things went awry there because son TJ attempted suicide. And little wonder. He'd had an affair with a married, closeted, Republican congressman. And he was on drugs. The son crisis caused all sorts of trouble that seeped into national affairs.

To segue from that mind-boggling scandal to a documentary airing on CBC tonight isn't silly at all. Faking the Grade (CBC, 9 p.m. on Doc Zone, 9 p.m.) is about the cheating culture in schools and universities. And it expands to explore the areas of cheating, conniving and subterfuge at the most powerful levels of politics and business. It even includes the military.

It's a fascinating doc (from Merit Motion Pictures and filmmaker Andrew Blicq), claiming at the start that about half of undergraduates admit to cheating in university tests, and the figure is even higher for high-school students. We're shown examples of numerous YouTube videos that offer how-to lessons for cheating during exams. Some of these offer ingenious methods, while others merely offer modern versions of what students have been doing for generations. Over and over we hear the voice of an instructor on one of those videos, saying, "Cheat as much as you want and you'll be a better person for it."

The gist is that there is an "epidemic of cheating" and the epidemic has widespread consequences. We are told that research says that in the United States, business students cheat the most. This leads to the reasonable inference that if they get away with cheating in college, they will cheat on the job once employed.

We meet a young man who made a cool $50K a year writing essays for others. He usually demanded weed plus the cash fee. We meet a rabbi who deals with the issue by saying that some students feel loved for what they achieve not who they are, and feel compelled to cheat in order to succeed, and receive love and recognition from parents.

And then we hear about parents who encourage children to cheat, and even pay for it, knowing that a good grade or a degree is an investment in the future. The parents cheat on taxes and see the working world as a cutthroat arena where bending the rules is necessary.

It's a murky world we are taken into, with colourful characters and a plethora of opinions on why people cheat, fudge, break rules and enjoy it. One pundit suggests that when people wear fake designer clothes they feel fake, know they are cheating and are more likely to deceive. Another points out that the adrenalin rush from cheating during exams is better than sex.

The seriousness becomes evident, though, when the pundit interviewed is David Callahan, author of The Cheating Culture: Why More Americans Are Doing Wrong to Get Ahead. His area is "American values, business, and public policy." And he points to links between school cheating and Wall Street cheating.

This leads to revelations about a group of police officers cheating in an exam, and the fact that almost an entire class trying to qualify as army medics were found to have cheated on an exam. Thus, we are shown the connections between grade-school cheaters and authority figures who feel it is fine to bluff and deceive even while the consequences can be horrendous.

And there it is, perhaps – the salacious drama involving David Petraeus, General John Allen, the FBI, the CIA, a firecracker socialite, a popsy, a rogue FBI agent, and a motley crew of others, coincidentally explained away here as a manifestation of a culture of charlatanism, deception and conniving. That's the real spoiler alert.

David Petraeus and the vengeful Other Woman
November 14, 2012 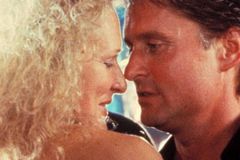