This week I watched a video clip of Slovenian philosopher Slavoj Zizek ranting about the meaninglessness of everything. His impromptu speech begins with "There is nothing." It continues to "I'm somewhere in between I hate the world and I'm indifferent towards it." And it ends with "love is evil."

Yet as I was listening, all I could think of was Rust Cohle in True Detective.

If you haven't seen it, the HBO series is already being called the next smart show – the next Sopranos, the next Wire. Blogging sleuths have already uncovered important literary references in True Detective, and the game of decoding what appears to be a giant philosophical puzzle has begun. People are taking this very, very seriously: They are quoting pages of obscure, late-19th-century fiction and musing on the meaning of death, all in relation to a television drama about cops tracking a serial killer.

And so they should: Its mix of horror and philosophy, its linguistic clues and puzzles, its poetic anti-hero, its complex non-linear chronology all make it both viscerally gripping and intellectually dense. I am fully immersed.

The show is being treated like literature because it is so very literary. Its creator, Nic Pizzolatto, is a novelist. The references that have so excited people this past week come from short stories and poems. The monologues spoken by its jaded protagonist, Cohle (played by Matthew McConaughey), are as cryptic and chilling as anything proclaimed by steely rationalist European philosophers.

The cryptological conversation around True Detective was largely launched by Michael M. Hughes, a blogger for the science-fiction magazine io9. He noticed that some key images in the confessions of characters involved in horrific Satanic crimes come from an 1895 short story collection by the American horror writer Robert W. Chambers. The book is called The King In Yellow, and one story involves a magical, evil city called Caracosa and a mysterious Yellow King. Another contains fragments of an imaginary play; in the story, all those who see the play are condemned to insanity.

Hughes goes on to locate a number of other references to Chambers' stories, including the visual motif of black stars and yellow lighting. He suggests that every single object in every frame is a carefully hidden symbol of deeper meaning – and once people start believing this, like numerologists, then there will be no stopping the far-fetched interpretations.

Alyssa Rosenberg, writing for ThinkProgress, took the investigation further by noting that the city of Caracosa figures in a late-19th-century story by Ambrose Bierce, where it represents an alternative reality in which one can see one's own death. She, like Hughes, sees meaningful symbolism everywhere in the series, especially in the characters' racial identities. She speculates that the series will embrace the supernatural as it goes on.

Those ghoulish stories belong to a particular genre: 19th-century American gothic. They come from the tradition of Edgar Allen Poe and led to the dime-store horror esthetic of H.P. Lovecraft in the 1920s. Lovecraft loved the idea of secret, barbaric, violence-worshipping cults (this motif is known as the Cthulhu Mythos); clearly the bad guys in True Detective belong to something similar.

This week, a story started circulating about a mysterious bad poem, posted by an unknown author on the Internet months before the first episode of True Detective aired, that prefigured some of the language used in the show. Was it an inspiration for Pizzolatto, or had the poet seen an early trailer for the show and copied it himself? The answer is irrelevant; it's the frenzied digging for literary codes in the script that's entertaining.

Last week in The Globe and Mail, my colleague John Doyle argued that the literary antecedent for the series was actually Heart of Darkness, a novel not usually associated with a specific genre. I quibble with the argument, as I see more differences than parallels in the plot and characters so far. However, the fact that so many disparate allusions can be seen within the same text is evidence of the highly literary nature of the scripts.

Even the title is a reference to the printed word – "true detective" stories were lurid and not always entirely true tales of gory crime that filled the pages of popular magazines from the 1920s to the 1970s, several of which were actually named True Detective.

So here we have a literary work that is also a genre work, a standard police procedural. The tropes of the detective-serial killer genre are deeply embedded here: the hard-boiled police partners with behavioural problems of their own; the elusive killer who is the embodiment of inhuman – perhaps spectral – evil; the procession of esoteric visual and lexical clues; the Sherlock Holmes-like interpretation of those clues. All of these are so standard as to be clichés.

True Detective is not afraid of the clichés of B horror movies either: The entering of dark, abandoned buildings with nothing but a flashlight is a pretty easy way of creating a shiver, and there's nothing original about it.

But this series is fully self-conscious about its reliance on formulas. In its clever acknowledgment of its literary precursors, it is constantly making reference to the idea of genre itself. In a sense it is an analysis of genre, a dissection of the expectations that come from a certain artistic matrix. It aims at dismantling the barriers between intellectual art and art of comforting entertainment, and in this it is utterly contemporary.

Is Shia LaBeouf making an original artistic statement or just being stupid?
February 12, 2014 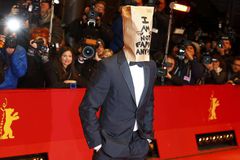 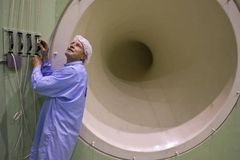 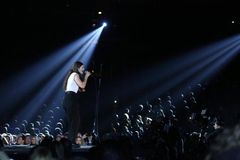