And so it begins – the plentiful coverage of the 50th anniversary of the assassination of U.S. president John F. Kennedy. The date itself is weeks away and there will be countless commemorative programs, specials and copious punditry on TV.

JFK: The Smoking Gun (Sunday, Discovery, 8 p.m.) is one of the most controversial of the bunch. Made for the tiny U.S. cable channel Reelz, it's a two-hour docudrama based on the book of the same name by former Australian police detective Colin McLaren. He claims to have spent years on "the forensic cold-case investigation of JFK's assassination" and says he believes he has found "the smoking gun" that killed the president. His conclusion is not the accepted story.

McLaren's belief has its roots in research done by the late Howard Donahue, a U.S. ballistics and firearms expert who spent years studying the assassination. Donahue's interest began when CBS hired him to help test theories about the assassination in 1967. That experience made him deeply suspicious. Donahue's work was documented in Bonar Menninger's book Mortal Error: The Shot That Killed JFK. Those obsessed with the JFK assassination will know all of this already. What's new is the claim by McLaren that newly released information supports Donahue's theory and, as a police officer, he believes them to be plausible.

It's essentially this: a Secret Service agent accidentally shot and killed Kennedy. Lee Harvey Oswald did indeed shoot, but only one bullet hit Kennedy. The claim here is that George Hickey, a Secret Service agent riding in the car behind Kennedy, panicked and a gun he was unfamiliar with accidentally discharged, hitting and actually killing Kennedy.

Hickey died two years ago and isn't around to answer the charge. He eventually responded to the Bonar Menninger book with a lawsuit, but a court found he'd waited too long and the book was never amended or removed from sale. McLaren's faith in the Hickey theory is based on complicated ballistics analysis. (I've seen McLaren try to demonstrate the ins and outs of his theories – "the flawed trajectory analysis" – at the TV critics tour in Los Angeles and remain unconvinced. But I'm no ballistics guy.) And, for good measure, he says the Secret Service agents had been out partying the night before, were probably hungover and poorly trained.

As a docudrama, JFK: The Smoking Gun has, admirably, few of the cheesy dramatizations that are the hallmark of this type of production. The focus is mostly on a painstaking analysis of Donahue's work and McLaren's bolstering of that research with new work.

It is a fascinating production, especially for viewers who have only a hazy picture of the theories and beliefs that surround the assassination. This isn't about a widespread conspiracy to kill Kennedy. It's about the Warren Commission being wrong, simply mistaken, about the bullet that killed Kennedy and the forensic evidence showing how correct Howard Donahue was. It's about guns and ammo, and mistakes being made. It's excellent viewing, whether you believe it or not.

Eastbound & Down (Sunday, HBO Canada, 10 p.m.) is back. This cult favourite is about Kenny Powers (Danny McBride), a former pro baseball pitcher, who returns to his hometown to work as a substitute physical-education teacher, following a less-than-stellar career. The male drollery is sharply satiric, sometimes.

Project Nim (Sunday, CBC NN on The Passionate Eye, 10 p.m.) is a formidable account of a science project gone terribly wrong. It's about Nim, a chimp first owned and trained in 1973 by student Stephanie LaFarge, who was doing research for Dr. Herbert Terrace, a behavioural psychology professor with theories about language and communication. That didn't work out and Nim ended up in a mansion with another student, who taught him sign symbols, and he communicated with her, in a fashion. Things went awry again and what happened to Nim then is heartbreaking.

Why November sweeps just aren’t what they used to be
November 4, 2013 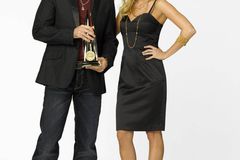 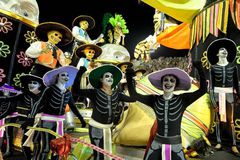 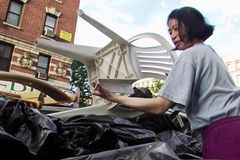