If you ask me about Houdini & Doyle (Fox, Global, 9 p.m.), I'm not on team Doyle. Surprise! You didn't ask me, but it starts tonight so, you know, you might be interested in canvassing my opinion. You could ask anyone, but it's best not to ask persons in the TV critics' racket in England. Oh my, they're harsh. Writing in the Telegraph, one Jasper Rees sniffs, "It was not quite clear who this hokum is for, beyond people fond of storing their brain in a jar." The same could be said of the majority of Telegraph readers, but we shall draw a veil over that, since we're all reasonable people and can agree to disagree.

The Telegraph putdown (Houdini & Doyle is an international co-production and began airing on ITV in Britain last month) is accompanied by a photo of the comely Florrie, who is Houdini's assistant in the alleged hokum. This intrigues me strangely, as Doyle's creation Sherlock Holmes was wont to say, I think. Florrie is played by Jerry-Jane Pears, you see, who starred in The Royals, which is possibly the most insanely bad but fun series ever aired in the history of television for the English-speaking peoples. It is tosh, utter tosh.

There's a place for tosh. And hokum. Life would merely be a matter of shuffling along in despair though the valley of tears that is existence, were it not for tosh and hokum.

Houdini & Doyle is anchored in the absurd notion that Harry Houdini and Sir Arthur Conan Doyle teamed up to solve crimes and mysteries and such. There is evidence that they knew each other, but not that they knocked about helping Scotland Yard solve murders. Houdini (Michael Weston), being a man of magic tricks, was a skeptic about the supernatural and it was his cause to halt charlatans from exploiting the vulnerable by claiming contact with the dead and such tomfoolery.

Doyle (Stephen Mangan) believed deeply in the supernatural, spiritualism and, indeed, the existence of faeries. He wanted to push away his creation, Sherlock Holmes, and devote himself to spiritualism. It is a fact that he thought Houdini had spiritual powers. The upshot of the fiction on Houdini & Doyle, however, is a sort of Edwardian X-Files., with Doyle being the Mulder who believes the truth about the supernatural is out there, and Houdini being the Scully who believes in science and sees jiggery-pokery where Doyle sees ghosts and goblins.

As such, the show is a clever concoction of silliness – a kind of rock 'n' roll Murdoch Mysteries. (There's a good rock and blues soundtrack, which isn't actually disconcerting.) Mind you, it wouldn't be truly fun, toshy TV if there weren't a sensible woman to corral Houdini and Doyle and correct their amateur sleuthing. That's Constable Adelaide Stratton, who is assigned to keep the pair of blustering blokes in line. Based on a real figure, apparently, the constable is played by Canadian Rebecca Liddiard, who has the best enunciation of any TV actor I've heard in ages. Honestly, if enunciation were an Olympic sport, Liddiard would be our gold-medal contender.

The first episode tonight moves along very crisply. Before you can say "Boo!" there's a murder in a Magdalene laundry, it is blamed on a ghost, Houdini and Doyle have a wager about solving it and Constable Stratton is assigned to assist them. Not much time or lavish money was spent on the Edwardian setting but there are enough cobbled streets and fog to muster a credible period piece. The dialogue isn't exactly scintillating. There's some drollery, but it stops often for Houdini to make such declarations to Doyle as "Why can't you stop chasing the dead instead of enjoying the living?" There are, however, some good bits of sideline wit. Houdini takes Constable Stratton to a party which is attended by W.B. Yeats, Winston Churchill ("They'd go anywhere there's free booze," Houdini says) and Nikola Tesla.

Co-created by David Hoselton and David Titcher and executive-produced by them with Canadian David Shore (who created House, and that, of course, was a riff on Sherlock Holmes), Houdini & Doyle is an excellent time-waster. Terrific tosh. Liddiard is great in it and the feminist storyline surrounding her character's police career is welcome. Too bad there isn't much of Florrie, though. Pity.

I'm not on team Doyle because the chap believed in supernatural jiggery-pokery. Tosh I will take, but not that. 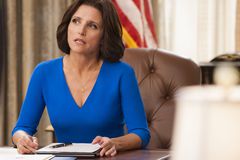 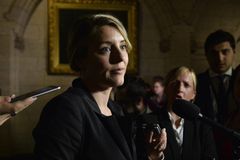 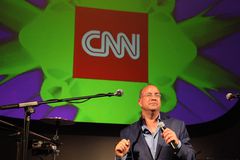