Only Letterman would leave on a Wednesday. Hump day. Weird thing to do.

David Letterman ended 33 years of talk-show TV on Wednesday night with aplomb. He stuck to his roots in offbeat comedy, a style he made mainstream.

After weeks of major star guests and gushing praise the final show was mainly about the show itself – the mechanics of it, the underpinnings that have brought it all together night after night, year after year. He was gracious to his staff and his family. He managed to hold it together, pushing back emotion with self-deprecating humour. It wasn't cool. It had moments of strangeness. Same as it ever was.

The sheer heft of Letterman's status was obvious when all the living U.S. presidents – with the exception of Jimmy Carter, who is ill – appeared on-screen to take part in an opening skit about "Our long national nightmare is over" with President Obama delivering the punchline: "Letterman is retiring." Right there, the essence of Letterman – the lampooning of himself.

After a prolonged standing ovation from the studio audience, he kept to the late-night template and did a monologue. "It's beginning to look like I'm not going to get The Tonight Show," he joked. And it was a killer joke, an acknowledgement that for all the heartfelt and showbizzy tributes about his legacy and longevity, the fact that he was passed over for The Tonight Show is what he will always be remembered for. Mocking himself. His first intuition, always.

His final Top 10 list, "Things I've Always Wanted to Say to Dave," veered into celebrity gawkiness as a passel of stars each delivered repartee aimed at him. Tina Fey's was especially droll: "Thanks for finally proving men can be funny." But that was the limit of the final's show's foray into self-indulgent talk-show camp. After that, Letterman got down to the business of illustrating that the best bits of his comedy had nothing to do with superstars, that truly great humour is found in the ordinary, the everyday.

He showed old clips of him interacting with kids. There was a repeat of his classic turn playing a Taco Bell employee taking orders from customers and going all goofy on them. He turned the camera on himself and his daily routine of going to the office and putting together a show with the staff. There was a little strangeness there as the backroom staff talked self-consciously, but there was a beautiful bit of Letterman's characteristic comedy. A staffer asked about Harry (his eight year-old son) and Letterman said, "Oh he's fine." And after a beat, added "He's quit smoking, you know."

He was making two points with all of this. First, he was acknowledging that a vast array of people helped him make what looked easy and funny. Second, he was putting a spotlight on the unglamorous people and tasks that underpin a talk show. That – the focus on the humdrum and routine – has always been at the centre of his humour, through the decades. Never mind the ex-presidents and comic icons; the funny stuff is anchored in the mundane, the usual, if you've got the wit to see it. That was so very sweet of him.

There was a lengthy series of thank-you's to key staff members – the show went many minutes over its usual time-length – and a tribute to his wife and son that might have come from any middle-manager at his retirement bash from any ordinary job. Finally, Foo Fighters ended the show, as talk-shows always end with a musical guest, performing Everlong. Letterman introduced it as "my favorite band playing my favorite song." And he said, "Thank you and goodnight."

There was little grandiosity to it. It was a Wednesday night. The show is put together and aired. Humour, music, some celebs and goodnight to everyone. If the audience laughed, great. Job done. A little weird to have it so plainly done, this finale, after all the build-up. But a little weirdness was always Letterman's strength. Humour in the offbeat, the ordinary. Same as it ever was. 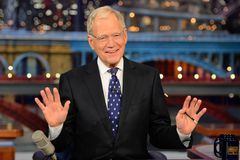 David Letterman leaves a legacy of keeping the American ethos in check
May 19, 2015 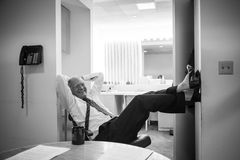 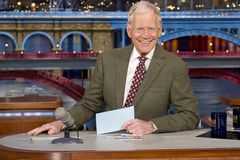