This column gets a lot of queries and questions about TV series. What to watch, where to watch it and is it any good?

There is a lot of TV on a lot of channels. Cutting through the clutter isn't easy. And cutting through the clutter is a top priority for a lot of channels that air first-rate TV. That's done by letting people like me know about shows, viewing them in advance and tells you about them. That's how it works. There's a whole segment of the TV racket devoted to the issue of what they call "discoverability."

Mr. Robot (returns Wednesday, 10 p.m, on Showcase) is one of those series that seemingly came out of nowhere last year to huge acclaim and, eventually, a lot of awards. It was discovered with joy. South of the border it aired on the USA Network cable channel and, eventually, months later it was available in Canada. By the time it was shown here, a lot of readers had asked about it and many had sought out access, sometimes illegally, online. It was that hot.

With reason. While the USA Network had established a niche as purveyor of pleasant, if not exactly challenging, dramas such as Suits and Satisfaction, it never seemed to reach for premium-cable quality. Mr. Robot changed all that.

Powerful, serious-minded and genuinely disturbing, it was also gripping. It ventured into areas of deep concern to all of us. We met main character Elliot (Rami Malek), a twentysomething cybersecurity specialist by day, toiling away with other computer nerds. But in his free time, Elliot is a gifted hacker. A do-gooder, of course. But painfully awkward. "I don't know how to talk to people," he mumbled.

In the first season, Elliot met the man known as Mr. Robot (Christian Slater), a genius, rogue hacker whose project is to destroy the contemporary capitalist system through hacking and simply wiping out countless personal debts.

As season two opens (the first season is available on Shomi), Elliot is in a self-governed recovery program. (There is a spoiler coming here, so read carefully or turn away). You see, what viewers now know – and astute viewers suspected from the start – is that Mr. Robot the character was a figment of Elliot's deeply disturbed imagination. Whatever wrong was done by the renegade was really Elliot's doing. A massive computer hack was unleashed and in the aftermath, Elliot has now become as unglued as the banking system he helped undermine.

What we have now, as clearly as a drama as disorienting as Mr. Robot can be clear, is a journey inside Elliot's head. He's paranoid, and he knows that. He's trying to do good while aware that he cannot make himself better. Or can he? He is a man falling apart and there is a strong sense, in his conversations with himself, of agony and grief.

And just because the Mr. Robot character, played by Christian Slater, has been revealed to be a delusional figment doesn't mean he's not there. The mind-boggling exchanges between the two characters are raw and formidably disturbing.

In its first season, Mr. Robot seemed at times to be a sophisticated narrative about a vulnerable, very smart millennial. A genius kid who did small acts of kindness and was willing to be part of a giant act of benign destruction for the betterment of society. Now, what makes the drama even more intense is the feeling that we are inside the mind of a representative lone-wolf cyber-terrorist – the figure who haunts everyone. He's also a version of the delusional sniper who decides he can save the world by an act of terror.

In general, we tend to learn about such figures second- or third-hand. After a terrible act is committed, police and other officials provide bare-bones information about what motivated an attack. Here we are deep inside someone who, it turns out, is not the vulnerable, sensitive millennial, but is perhaps a deranged male ego like many others.

The series is the work creator-writer-director Sam Esmail who also directs every episode this season. That means a unity of vision on par with the best of HBO drama. That vision is extraordinarily assured and ambitious. Again we get the subtly delivered visual sense that nothing is quite right. What we're seeing and what we are hearing from Elliot is utterly unreliable. That doesn't mean we've entered into some common or garden fantasy realm. There is a harsh, acrid quality to the world Esmail puts us inside.

What's frightening, too, about the continuing plot threads of Mr. Robot is the very visceral connection to real events and the genuine feeling that something is coming apart, especially in the fabric of American society. Everything makes sense in the way that Mr. Robot presents the world seen through Elliot's eyes – the Occupy Movement, the Panama Papers, the rise of Donald Trump. It is, simply, stunningly good television, this series.

And in the matter of "discoverability," I had to go through many motions to get access to a portion of the premiere of this second season of Mr. Robot. Via connections in the United States, that is.

Mr. Robot airs here on Showcase, which is owned by Corus. But Corus couldn't or wouldn't provide an advance copy. While I was pleading for it last week, to tell you about it, critics in the United States were already posting their reviews online. The show is set in a kind of mental hell. Dealing with Canadian TV outfits such as Corus is its own hell. 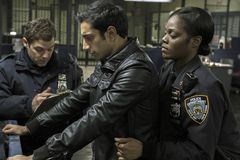 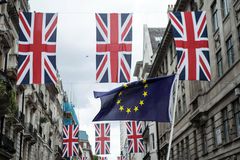