So farewell then, Krista Erickson, purveyor of acid interviews and performer of baroque arm-ballet on Sun News Network. May the sun be always at your back, wherever you land in the TV racket.

And farewell, then, Sarah Palin, purveyor of pointless, predictable punditry on Fox News. Once "the hottest cultural figure in America" (according to CNN's Howard Kurtz on the weekend), you are now as cold as the small-town Alaska from which you emerged.

It's an interesting coincidence, don't you think, this almost-simultaneous departure of two polarizing, right-wing female figures from the scene? And one has to wonder why. Is it the right wing that is fading, or is it the fading of right-wing women on TV?

In Erickson's case it's fair to speculate that she departed just before the stench of desperation arose from the little Sun News channel. As it battles for mandatory carriage on Canadian cable TV, the channel has become one long, ongoing infomercial, pitching for support for a position it openly despised a few years ago – access to your money whether you watch the channel or not.

Sun has played the dubious patriotism card, trumpeting its "96 hours per week of pure Canadian content," which seems odd when you know that the channel's general attitude is this: "Canada sucks." It also played the equally dubious anti-abortion card, calling on anti-abortion activists to support its petition to the CRTC. Desperation defined, right there.

Now, as constant readers will know, I've nothing against Sun News. It's a very funny channel. But I don't think it should be mandatory, nor should CBC News Network or the CTV News Channel. Pick-and-pay is the only way.

Now that Erickson is gone, Sun's star attractions are those twin rays of sunshine, Ezra Levant and Michael Coren. Magnets for lady viewers they are not, I would venture.

In the matter of Palin, Fox News, like the entire right-wing Republican-supporting media in the United States, is recalibrating. It was suggested, after Mitt Romney lost the presidential election, that Fox News had done more harm than good to the Republican cause. The wind changes direction, and Palin's moment was long over.

The thing is, there is now a shortage of right-women pundits on TV. While it's possible, sometimes, to find Ann Coulter ranting away somewhere on TV, the right-of-centre space is mainly occupied by grumpy old guys going off all pompous.

A great deal of television is aimed at women. The number of women rising to political power in Canada – women run half the provinces – and the U.S. increases all the time. Roadblocks to women in politics have disappeared, but this reality is not reflected in the way politics and social issues are covered on TV. Especially on the right.

Perhaps it is television's fault. It is now well established that there is a serious shortage of women working in commercial TV. A vast number of TV shows don't have, and have never had, a woman writer, director or producer on staff. A couple of years ago, there was considerable media excitement about a wave of new TV shows run by women. At the end of it all, the vast TV industry has only Shonda Rhimes (Scandal, Grey's Anatomy), Lena Dunham (Girls), Liz Meriwether (New Girl), Mindy Kaling (The Mindy Project) and Tina Fey (30 Rock, ending this week).

It's plausible to speculate that the industry's wariness of women in creative and executive positions also applies to news punditry. Perhaps the men who run the news-discussion programs and the all-news channels don't feel that women have the gravitas for TV punditry. On the other hand, perhaps there just aren't enough right-wing women pundits any more. Maybe Krista Erickson could shed some light on the issue. But she's gone, gone, gone.

American Experience: Henry Ford (PBS, 9 p.m.) is a two-hour examination of Ford's life, work and legacy. It attempts to unravel the complications and contradictions of Ford but acts more as a reminder of puzzles than an answer to the riddles it poses. It suggests that Ford "ushered in the modern world as we know it." It points out that while he spurred an era of industrialization, he pined for a simpler, more pastoral world. It says that while he was enormously wealthy, he despised the wealthy class. Really, the program is a very useful lesson in how myth can replace fact in the case of an idolized figure. 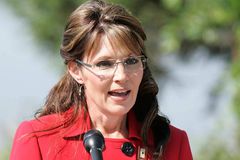 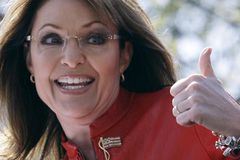