You can say what you want about Billy Bob Thornton. And some people in Canada don't have much to say that's good, since he upset Jian Ghomeshi on CBC Radio and all, but he's in a very fine TV series being made somewhere around Calgary.

It's Fargo, loosely (very loosely) derived from the Coen brothers movie of the same title from 1996. It was screened for TV critics here and wowed us.

Set to debut in April on the FX channel, it's one of those cable dramas that immediately establishes itself as confidently and smartly exploring the human condition, in this case with sad, wry regard. It is a "spinoff" from the much-loved movie only in the sense that the droll, vaguely sardonic tone is retained and it is set in a very wintry, rural Minnesota.

It has an excellent cast and, yes, it does have the full approval of Joel and Ethan Coen, as Noah Hawley, the novelist and TV writer charged with creating the series, explained, "Joel and Ethan are executive producers on the show, and when the show was first set up, they didn't have to put their name on the project if they didn't want to. They could have just gone to their mailbox and gotten the cheque, but they read the first script, and they really liked it. TV is not their medium, as they've said. They just told me to go and make my show. We showed them the first episode, and Ethan quite expansively said, 'Yeah, good.'"

At this point, Fargo producer and former NBC exec Warren Littlefield interjected, "That's a big, big compliment. Billy can tell you that in Ethan's world, that's huge." The "Billy" is of course, Thornton, who has the key role in the series and also appeared in the Coens' The Man Who Wasn't There. Thornton expanded about the Coen endorsement: "When Ethan says, 'Yeah, good,' he's over the moon."

Thornton plays a mysterious, menacing drifter named Lorne Malvo, who arrives in a small town and infects certain people with the malice and violence he carries like a virus. In this, Fargo lands squarely in a literary and movie storytelling tradition – the stranger comes to town, and nothing is ever the same.

And in this instance the person changed forever by the stranger is mild, put-upon insurance salesman Lester Nygaard, played with relish by Martin Freeman, who's familiar from his role as Watson on Sherlock and the movie The Hobbit. Lester's the little guy who was bullied in school and stayed bullied in life. Malvo suggests he stop taking punishment from others. He takes the advice and is profoundly changed.

This isn't the first time that a TV drama spun off from Fargo has been attempted, as Littlefield explained. "When I was at NBC, the Coen brothers' film came out. In '97, Bruce Paltrow and Robert Palm came in and pitched me Fargo, the series, and I said yes. And they gave me a snow globe that had the flipped over car and Marge [the pregnant local police chief played by Frances McDormand; a vaguely similar figure is played by Allison Tolman in the series] bending over and the blood in the snow. I loved that snow globe. The script was good, but it was a network-television version of an iconic and brilliant film. The next year, '98, CBS made that pilot and Kathy Bates directed it. Edie Falco played Marge. It was a busted pilot. Never went anywhere. So three years ago, I'm staring at that snow globe, and I went 'It's time.' The world of television has changed and cable television embraces where this could live."

Thornton, who cut an odd figure at the presentation, dressed in a sleeveless T-shirt to show off his tattooed arms, pinstriped bell-bottom pants with studs in the seams and spectacular cowboy boots, was at pains to describe his embrace of television drama.

"Well, the fact of the matter is, the entertainment business can pretend all they want, but the movie world has changed drastically. And when I was coming up, if you went to television from film, it meant something was wrong, you know. So you may as well be on, like, Hollywood Squares. And now it's the opposite. Actors, especially my peers, the guys I came up with, Dennis Quaid, Kevin Bacon, Bill Paxton, Kevin Costner, guys who are in their early 30s [here he smiled and winked], we did mid-level movies for studios and higher-budget independent films. And that's especially where I lived. That doesn't really exist any more. The motion-picture studios make big-event movies, and they make broad comedies, and they make action movies and movies about where evidently vampires are all models.

"Television has now taken that spot. So for actors who really want to do good dramatic work or dark humour and drama, you kind of have to do it on television. And it's a great opportunity to develop a character over a period of time."

As for Thornton himself, he seems an entirely different character from the guy who was so surly with Ghomeshi in 2009 and was booed when he brought up the encounter at a Toronto concert by his band the Boxmasters. Affable to the point of being downright genial, Thornton strolled the hotel here all day and, to anyone who asked, he declared his admiration for Canada and enjoyment of his time making Fargo there. (He'll be based there for another couple of months.)

He doesn't mind the weather – "It's supposed to be Minnesota in winter, so of course it's cold. I did a movie called A Simple Plan in Wisconsin that made Calgary look like Hawaii." He's been to a CFL game and was mightily impressed by a game between the Calgary Stampeders and the Saskatchewan Roughriders. Especially the Roughriders fans – "folks with no clothes on and painted green and watermelons on their heads." He gave one lengthy explanation of the Ghomeshi incident, describing it as "bizarre" and essentially a misunderstanding, and wanted to drop the subject, describing the uproar as "hurtful."

A reason for the geniality, perhaps, is that Fargo is very, very good. There's no misunderstanding about that. 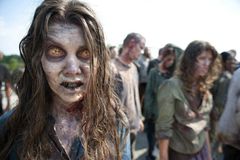 FX: a network with some sizzling shows in the pipeline
May 29, 2013 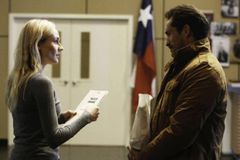 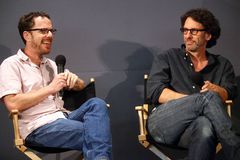 Billy Bob - still the courtly iconoclast
November 26, 2010
Follow John Doyle on Twitter @MisterJohnDoyle
Report an error Editorial code of conduct
Due to technical reasons, we have temporarily removed commenting from our articles. We hope to have this fixed soon. Thank you for your patience. If you are looking to give feedback on our new site, please send it along to feedback@globeandmail.com. If you want to write a letter to the editor, please forward to letters@globeandmail.com.
Comments