Last Thursday's federal budget cut the CBC by $115-million. To put this in context, here are three things about the corporation that most people do not know. First, it is more successful now than it has ever been. Second, the federal budget cut is only the beginning of its woes. Third, there is a way forward, but nobody is talking about it. The CBC is at the most challenging point in its history.

Starting in 2006, the CBC began to re-invent itself and re-connect with Canadians. It overhauled all its shows – entertainment, news, talk, music, everything. The results were startling. By 2010, it was clear that the CBC had been re-born. This year it is possible to say with certainty that the CBC has never been stronger.

Radio is enjoying the highest ratings in its 75-year history. The great shows – Quirks and Quarks, The Sunday Edition, As It Happens, The Current and the local shows – have never been more popular. The 10 a.m. national morning slot, once hosted by Peter Gzowski, is now home to Gian Gomeshi and Q. The audiences are larger than they were for Gzowski.

Television is in some ways doing even better. For the first time in history, the CBC has proven that Canadians can make entertainment shows that can compete with the programs made in the United States. For the last four years, CBC's overwhelmingly Canadian prime-time schedule has beaten Global's overwhelmingly American one.

And the shows are not pale copies of U.S. fare. They are completely and unapologetically Canadian in their stories, style and sensibility. The Rick Mercer Report, Heartland, Dragon's Den, Arctic Air, Republic of Doyle, The Border, Little Mosque on the Prairie and Battle of the Blades were watched by millions of Canadians.

News and Current Affairs are also stronger. Marketplace often reaches a million viewers, as does The Fifth Estate. The News Network clobbers CNN and every other all-day news channel in Canada.

As the ratings have risen, Canadians attitudes toward the corporation have improved markedly. They see it now as higher quality and more distinctively Canadian.

If there ever was a Golden Age for the CBC, it is now.

And yet, in the full sunshine of its success, shadows are appearing everywhere. The federal budget cut the CBC by $115-million. This is roughly 12 per cent of the approximately $1-billion that it receives annually from the federal government. It is a very significant reduction to a public broadcaster that was already the one of the worst financed in the industrialized world. This could be made even more painful if the government decides to reduce its commitment to the Canadian Media Fund or the television production tax credits, both of which are essential to the financing of CBC documentaries, dramas and comedies.

Other possible horrors wait in the wings. It may lose another $40-million if the Local Program Improvement Fund is cancelled by the CRTC. The conventional advertising markets have been weak for years. If, as seems likely, the CBC loses Hockey Night in Canada, half of its advertising revenues will vanish and it will have to figure out how to replace more than 400 hours of prime-time Canadian programming.

If this were not enough, its great rivals at Global and CTV now have rich new parents as a result of their recent acquisitions by Shaw and Bell, respectively. They are flush with cash, and as a result of various CRTC decisions are obligated to spend a great deal more than they did in the past in the program areas that are CBC's priorities: Canadian entertainment and news. They were formidable competitors in the past and will be even more formidable now.

The forces arrayed against the CBC profoundly threaten the gains that have been made. There is a real danger that the corporation may be forced backward into the irrelevance that characterized it a decade ago. Unless care is taken, CBC may be so badly damaged that it will be unrecognizable in the future.

And yet, there is no discussion, no serious debate about the future of Canada's largest and most important cultural institution. There seems to be no real understanding of the problems that lie ahead. There is no public debate on what to do about the future of the corporation. Certainly there is no plan that lays out the challenges that must be faced, let alone one that proposes how to navigate them.

The way forward will be difficult. The CBC needs to transform itself from being a public broadcaster to being a public content company. It needs to abandon the notion that it is a TV or radio company and understand that in the new world of social media and on-demand programming, its focus must be exclusively on content. It needs to radically modernize its governance and financing arrangements to accomplish this. This requires a new relationship with the federal government, the capital markets and the rest of the Canadian media world.

At the end of the first chapter of Lament for a Nation, Canadian philosopher George Grant cautioned against losing those things we value and love through inadvertence or inattention. It is important that we talk about what we need and want from the CBC, so that at the very least, "Posterity may know that we have not loosely through silence permitted things to pass away as in a dream."

Not to pass away as in a dream… It is time to talk now about the future of the CBC, before it is too late.

Richard Stursberg was executive vice-president of CBC English Services from 2004 to 2010. He is the author of The Tower of Babble: Sins, Secrets and Successes Inside the CBC, published by Douglas and McIntyre. It analyses the challenges facing the corporation and how to think about its future. It will be in book stores in early April. 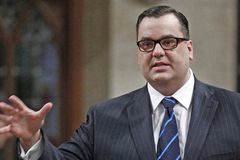 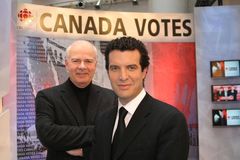 Pro-CBC group goes to the mat against potential Tory cuts
May 3, 2018 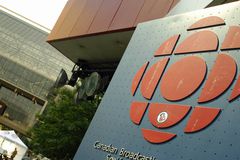