As I write this, the London 2012 Olympics are already under way. In Coventry, of all places, the Canadian women's soccer team is playing World Cup champions Japan.

On TSN's pre-game show, Kara Lang offered pithy if unoriginal thoughts. In the play-by-play of the game that's unfolding, Jason DeVos does smart commentary, with Gerry Dobson talking a tad too much.

Here we go – athletes striving, Canada up against it, TV commentary that wavers between boosterism and realism and, always, there's the difficulty of presenting effort as excellence. That's the Olympics for you. It's a television event. It's an entirely commercial TV event. The rights to broadcast the Olympics cost a very great deal and most of that must be recouped by selling your eyeballs to advertisers. Thus, even the most grindingly tedious, obscure Olympic athletic competition will be hyped to you as vital, gripping drama.

With the Canadian women's soccer team kicking things off, this is an appropriate moment to put things in perspective. Remember the Women's World Cup last year? Yeah, that World Cup. The one that Canada entered on an astonishing wave of optimism and swagger. The one where Canada performed so poorly you didn't know where to look, in embarrassment. Well, maybe not you, but a lot of people.

It's best to be realistic about the Olympics. Herewith five things to keep in mind.

One. Snark is okay. A formidable amount of pomposity surrounds the Olympics. The IOC is a bizarre organization, tainted by its own secrecy and the amassing of billions of dollars. A lot of people in Britain are sick and tired of the Olympics already. The in-your-face, often saccharine corporate advertising is deeply irritating. If you want to make snide, sarcastic remarks in the comfort of your own home, go ahead. A lot about the Olympics is a crock. And nobody is going to say that on TV.

Two. Women's boxing. Yep, it's an Olympic sport this time. Lady athletes throwing punches at each other. Possibly it is the next big thing. (Become an expert now – Canada will host the Women's World Boxing Championships in 2014.) Canada has only one entrant – the fierce and charming Mary Spencer of Windsor, Ont. She's a long shot for a medal, but you never know with a sport like boxing. By the way, in contrast, I can tell you for a fact that the consensus in Ireland is that that country has precisely one chance of a gold medal at these Olympics, and that's with Katie Taylor in the lightweight division of women's boxing.

Three. The "Medal Count" chart is a crock. If you care about the chart, you're a masochist. Big countries with big populations and loads of money dominate. You don't need a daily chart to tell you that.

Four. Many athletes are deeply uninteresting people. That's a fact. And hardly surprising. They're self-involved, wrapped up in an obsession with their own bodies and oblivious to everything else. Except, of course, the coach and mom and dad. A good deal of the TV coverage will endeavour to make athletes seem fabulously interesting, with a compelling story of an uphill struggle, an obstacle that had to be overcome in order to achieve personal victory, vindication and glory. In fact much TV coverage – especially that on NBC – will search in every nook and cranny of an athlete's background to find an interesting story. Many of these personal stories are true but contrived, heightened and manipulated to make you watch TV. You might as well dwell on those you think are hot-or-not. It's just as legitimate.

Five. The most hyped and, to some, the most prestigious event at the Olympics, the men's 100 metres, lasts mere seconds. That's the Usain Bolt event. The pre-race chatter, speculation and analysis is already under way. And, a few weeks from now, most of your impressions from the Olympics will have evaporated. The Usain Bolt event encapsulates much of the entire Olympics experience – it's intense, but fleeting. If you are genuinely gripped by the sports you witness, stick with them afterward. You won't be told that on the TV coverage, but you should be.

Canada lost 1-2 to Japan. Outclassed again in ball skills and tactical composure. Still, that single goal might be vital when points and goals are counted. There's energy and hope, if not soccer sophistication. At least we're not expecting a gold medal.

And now I'm off for a few weeks. Enjoy the Olympics. Enjoy the summer sun. Toodles for now. 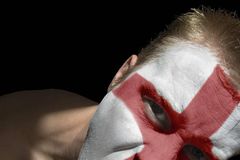 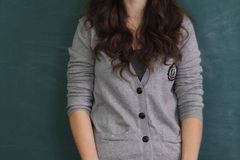 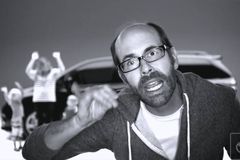