People who smugly proclaim that they don't watch TV should probably shut up. At this point, in the wake of shows like The Wire, The Sopranos, Homeland and Girls, TV snobbery is akin to declaring: "Books – who needs 'em?"

As many have noted, television has been telling better stories than movies for several years. To wit: This summer, the multiplex offers monsters battling aliens, man-child romps and a token post-Bridesmaids lady buddy comedy that's as appealing as a trip to the Apple Genius Bar. Meanwhile, at home, I can binge-watch 13 episodes of Orange is the New Black, a Netflix original series that is a movie I'd see if it was a movie, which, the aliens tell me, it never would be. With male anti-heroes long dominating the best of contemporary TV, Orange is something new: a show stuffed with conflicted characters who are women and also hilarious, raunchy and permitted as wide an emotional berth as their male counterparts. Also worth noting: This show features incredible amounts of vagina talk, action and imagery. Orange is to vaginas what The Wire is to guns.

The series is based on a memoir by Piper Kerman, a WASPy Smith grad who spent a year in a women's prison after making the dumb-youth mistake of transporting cash for her then-girlfriend, an international drug runner. The first episodes are too cute and clumsy with exposition, but around episode three, the whole enterprise snaps to attention. The poor-little-rich-girl premise gives way to a fierce ensemble as one by one, the prisoners' backstories unfold. There's Red (Kate Mulgrew), the powerful Russian cook (she who controls the yogurt controls the world); Sophia (Laverne Cox), a knock-out transsexual pining for her son; the young romantic Daya (Dascha Polanco), whose monstrous mother is also in prison, and greets her daughter's arrival with a slap. These women are white, black and Latina, respectively, and the show slams into race without apology right from the first episode, when Piper learns that the prison is self-segregated. "Don't get all PC on me," says another inmate, sensing Piper's liberal alarm. "It's tribal, not racist."

Characters with messy, unbecoming attitudes to race and sex are a signature of male leads on critically acclaimed shows, as noted in the recent book Difficult Men, by Brett Martin, about the rise of the anti-hero on cable. Martin describes the new TV archetype (almost stereotype) as a man who is "unhappy, morally compromised, complicated, deeply human," like Mad Men's duplicitous and enthralling Don Draper, or Walter White, the domesticated chemistry teacher turned drug kingpin on Breaking Bad. Martin writes that once liberated from the advertiser-courting constraints of prime-time network programming, writers and show-runners on cable could abandon "likability." So we got men who loved their kids but weren't above melting a nemesis's corpse with acid.

Of course there have been great female characters on TV, but usually in service of the men (or servicing the men): Molly Parker's laudanum-swilling widow on Deadwood bristled with contradiction, but she was no feral Al Swearengen; Peggy's ascent on Mad Men is the yardstick for Don's descent. There even have been a few genuine female leads, like drugged-up Nurse Jackie and tortured CIA agent Carrie on Homeland. But mostly, the TV revolution was enacted by male soldiers. One of the cable series that did feature a conflicted female lead was Weeds, about a widowed yuppie mom who becomes a pot dealer to support her family. Its creator, Jenji Kohan, is behind Orange, too, and subscriber-only Netflix is clearly where she belongs; there's wildness in the show, especially around sex.

In the first season, we see (and hear) a multitude of women having sex, and in one episode, stare often at a photo of a vulva. A missing screwdriver doesn't end up in somebody's eye socket, Oz-style, but in a very different orifice. The explicitness is not exactly shocking – after The Wire, what is? – but the desires are surprising. In this minimum security prison, sex is hobby, distraction, connection, not just titillation.

Orange swings toward comedy, and it can be very funny. But a little too often, the humour buoys a kind of cuteness, particularly where wide-eyed Piper is concerned. The less she seems like an outsider, the more interesting the show becomes. That happens around half-way through the season when she chastises her yuppie mother: "I'm no different than any of the other women in here." Following Martin's anti-hero formula, she's already morally compromised, now let's see her get more complicated, and deeply human.

Lauren Morelli, one of the writers on Orange, blogged this week about observing the shooting of an episode she wrote. "I stood in front of the monitors watching 75 women stand in a circle, dancing and yelling while two women humped each other. Taylor Schilling, who plays Piper on the show, had hung around to watch the chaos. She leaned over to me during a take and said, 'When have you ever seen this many women on screen together?'" Rarely, unless the women are competing for a riverboat cruise with The Bachelor. It's pretty great to be surprised by art – and we can call some TV art, I think – and moved to notice that hey, I have rarely seen these people, or heard these voices. I hope they multiply until they no longer feel revelatory.

Speaking of voices, several years ago, I was invited by a women's magazine to write my first column. I was wary. For women writing in the zone of "lifestyle" journalism, a column can be a peculiar kind of first-person ghetto; a diary without a lock. But I tried to follow the lead of American columnist Anna Quindlen, who in her seminal New York Times columns, always rooted out the political in the personal, the macro in the micro. When I came to the Globe in 2010, I wanted this space to matter, week after week, so I've tried to find value in daily life and meaning in the pop culture that we consume so breathlessly. It's been a privilege, but tough, too. Now it's time to move on, and cede this space to a new take. Thanks for letting me in all these years. 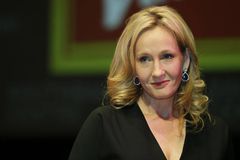 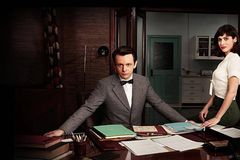