Hey, did you hear about the drummer who finished high school? Me neither.

Drummers. The subject of jokes and jibes going back yonks. Me, I've never been in a band but when I was young and foolish I lived in a house where several fellas were in a rock 'n' roll outfit. On weekends the rest of us would help haul the equipment into some grotty bar. The drum kit, mostly. The drummer in the band was formidably lazy. He was always calling on the band to take a break, get a beer and chill. They rolled their eyes. We all did.

Fred Armisen: Standup For Drummers (started streaming on Netflix on Tuesday) is mostly about drummers. Armisen, who was on Saturday Night Live for years, and co-stars in and co-writes Portlandia, is a drummer from way back. He turns up often on Late Night with Seth Meyers, drumming for the house band and exchanging surreal drollery with Meyers. He does other stuff, too, of course. Recently he did an uncanny Michael Wolff (author of Fire and Fury) on SNL.

So this is not your usual stand-up comedy special on Netflix. It's about music, drumming and, heaven save us, the entire audience in the theatre is made up of drummers.

They are a warm and appreciative audience for Armisen's light, breezy and sometimes preposterous riffs on jazz (which he doesn't care for), photography (which he feels is overrated – "great photography is pictures of poor people proud of something") and drumming.

"We have to be honest with ourselves about being drummers. Do we have to bring our cymbals?" Not really, is the conclusion, it's just showing off. "We have to stop mispronouncing things, too," he says. There follows a bit about pronouncing Rush drummer Neil Peart's name and other names. There's a filmed bit in which he goes drum shopping and the sales person, played by Sheila E, tries to sell him 'octo pedals'.

Soon there ensues a surreal and not entirely successful bit in which he does impressions of various local American accents. Maybe you have to be a drummer to savour it.

How do you tell if the stage is level? The drummer is drooling from both sides of his mouth.

Eventually, Armisen settles behind a drum kit – the stage is littered with equipment – and mocks jazz drumming, reggae drumming and other genres. He does a fair impression of Ringo Starr, then Keith Moon, Larry Mullen from U2, Stewart Copeland, Meg White of The White Stripes and John Bonham. There is also a droll send-up of those profoundly serious and rather boring sort-of folk bands so beloved of National Public Radio.

The most fun and extended sequence has Armisen playing drum kits through the ages. He is so obviously enjoying himself, going back to his youth in indie-rock bands, and it rather makes up for some of the lesser "did ya ever notice" comedy bits that came before.

Like a lot of Armisen's material – the bits he does on Seth Meyers are sometimes incomprehensible – the entire special is idiosyncratic. The trip through the history of drums is a matter of watching him take personal delight in odd things and talk to the audience about it. It's not really a recognizable comedy routine. It is, in fact, more charming than expected, this peculiar hour with this peculiar man, and amounts to a good distracting journey into the world of drummers, which, in fairness, is much-maligned.

How many drummers does it take to change a light bulb? Five: One to screw the bulb in, and four to talk about how much better Neil Peart could've done it.

Many lessons to be learned in new episodes of Queer Eye
February 5, 2018 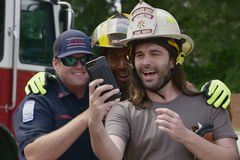 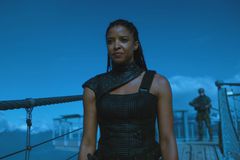 CBC’s Crawford is weird, in a beguiling and hopelessly sweet way
January 31, 2018 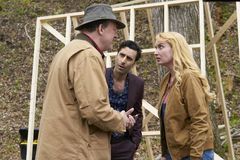